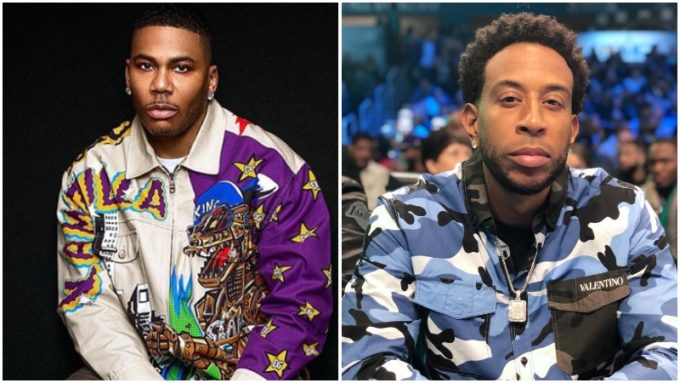 Nelly and Ludacris will be the next opponents to go head-to-head in a hit battle over IG live as part of Timbaland and Swizz Beatz’s “Verzuz” series.

Nelly and Ludacris will be bringing that Southern hospitality to the “Verzuz” stage next weekend, according to the series creators, Timbaland and Swizz Beatz. Following Erykah Badu and Jill Scott’s incredible battle on Saturday (May 9th), the two legendary producers and masterminds behind “Verzuz” went live on Instagram together to discuss the first female face-off of the series, as well as give us a little something to look forward to.

“Nelly want the smoke with Ludacris,” Swizz declares. “Can we go ‘down down baby’ next week?” Timbo responds, “Yeah, we’ll put our Air Force 1s on?” before the two of them proceed to pump up their viewers, asking over and over if we can make that happen. “Can we get that, Ludacris vs. Nelly?” Swizz asks. “Can we get that next Saturday, Timbaland?”

“Yes, we can get it. We got that,” Timbo ensures him. “Will the stadiums be full?” Swizz teases. “Full to the brim!” he sings. “Full to the briiiiiim!” Swizz then makes the most official announcement of the exchange, stating, “Ludacris vs. Nelly. Next Saturday. It’s not a f*cking game.”

Although Nelly and Ludacris are certainly a good match for a battle, considering they were two of the most prominent Southern rappers of the late 90s/early 2000s, Luda was previously considered as a potential opponent by 50 Cent. However, it looks like he’ll be squaring off with Nelly next Saturday (May 16th) instead, and it’s sure to be one hell of a battle.

Who do you have your money on for the Luda vs. Nelly hit battle? Are you excited for this one?