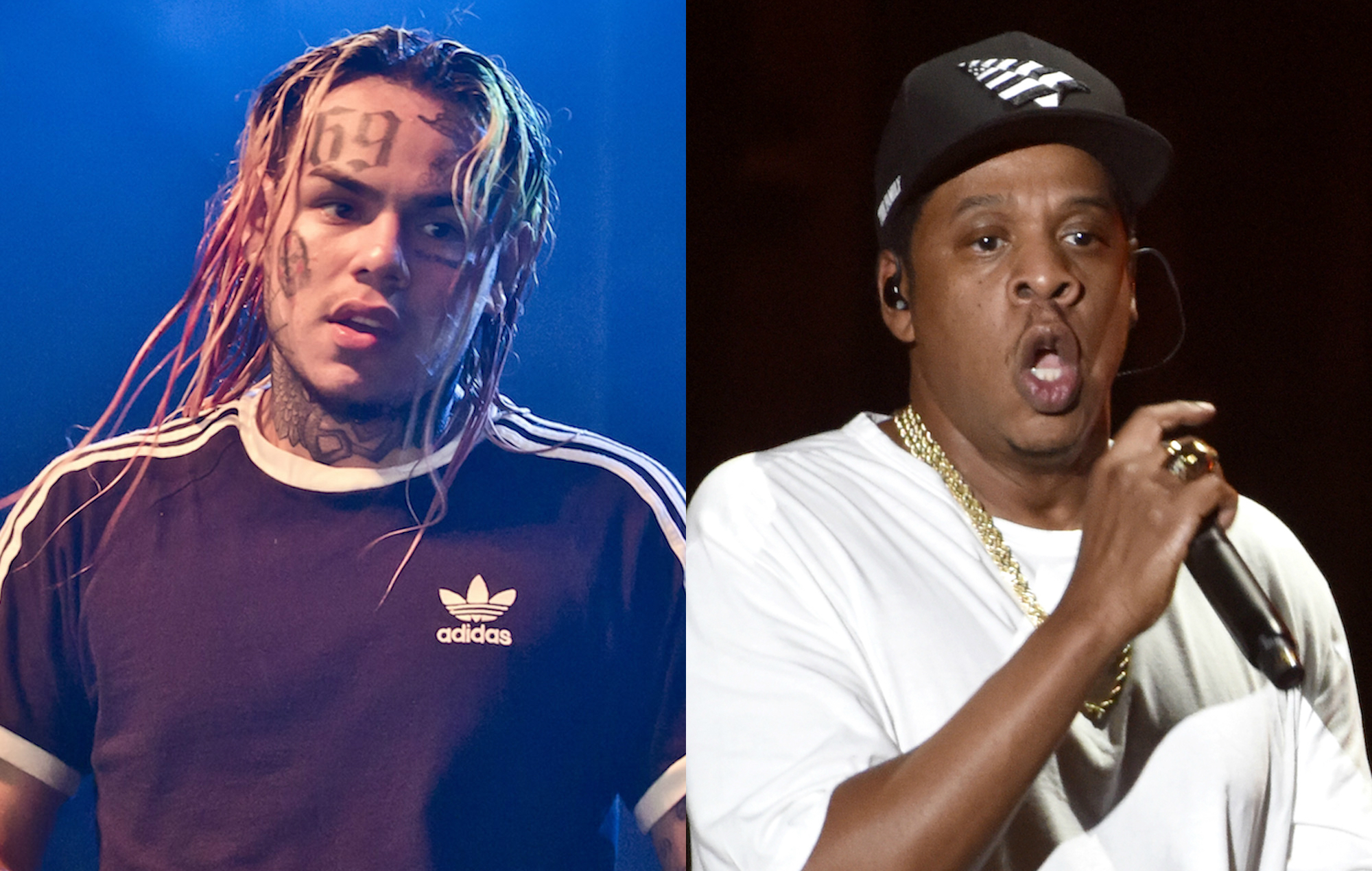 After a Paper Planes hat was spotted on the set of Tekashi 6ix9ine’s new video, fans began speculating whether Jay-Z signed him to Roc Nation.

Tekashi 6ix9ine is officially back in the mix following a tumultuous year and a half of his career. Following his 2018 arrest as part of a RICO case against the Nine Trey Gangsta Bloods, 6ix9ine cooperated with authorities for less time in his case. He was expected to come home this summer but the coronavirus pandemic ultimately worked in his favor.

His formal re-entrance to the game took place last Friday when he released his new single “GOOBA” along with an accompanying set of visuals. The video was already prone to doing serious numbers but it appears after a weekend of careful analysis, there were rumblings surrounding 6ix9ine’s label deal. With a Paper Plane hat spotted at a certain point in the video, people began speculating that perhaps, the almighty Jay-Z quietly welcomed the rainbow-haired rapper to the Roc family.

A source from Roc Nation spoke to VladTV to confirm there isn’t any validity to any rumors regarding 6ix9ine joining Jay-Z’s label. These rumors floated around before the video came out. Last year, it was revealed that a lawyer who’s previously worked for Roc Nation was hired to join Tekashi’s legal team during his federal case.

In related news, 6ix9ine’s new single is expected to soar to the top of the Billboard 200, marking the first chart-topping single of his career. If that happens, I can guarantee that we will not hear the end of it.