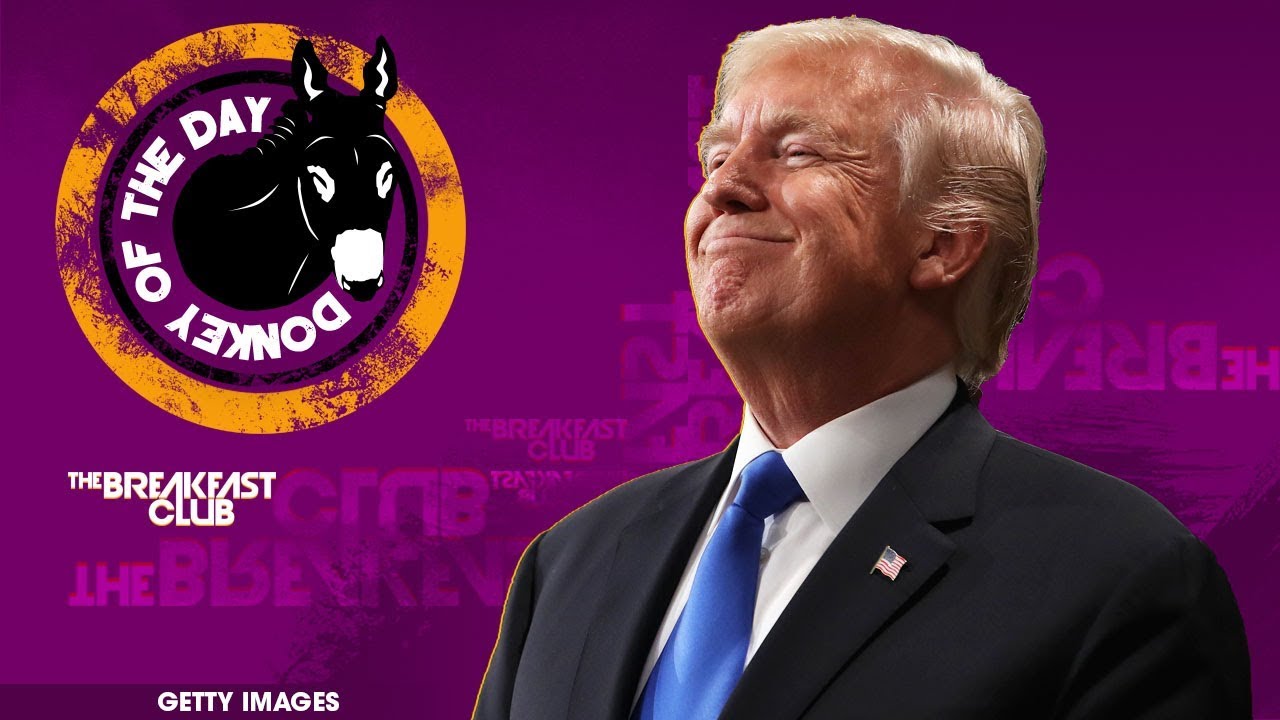 Charlamagne Tha God invites Donald Trump to practice what he preaches in a scathing edition of “Donkey Of The Day.”

Following a press conference that appears destined for infamy, Donald Trump seemed to suggest the notion that injections of “chemicals” might be able to cure the coronavirus. It didn’t take long for both incredulity and alarm to settle in, especially given the likelihood that at least one fearful person will take Trump’s word as gospel and actually harm themselves in the process. Naturally, Charlamagne Tha God took a moment to bestow the President with the world’s most dubious honor, the title of Donkey Of The Day.

“Have you ever seen the movie Idiocracy?” ponders Charlamagne, before providing a succinct summary of the cult classic. “Ladies and gentlemen, I’m saying all that to say that we are here. Based off all the opression and marginalization American has put certain citizens through, it is getting the President it deserves. Well, I don’t know if that’s the case, but American is getting the President it voted for. Oh, yes it did.”

“And yesterday during a press conference covering the disinfectants that can kill coronavirus on surfaces and in the air, President Trump pondered whether those chemicals could be used to fight the virus inside the human body,” he explains, before queening up audio from Trump’s press conference. “Alright Maga,” begins Tha God, challenging Trump’s loyal base. “What you going to use? Mr. Clean? Lysol? Clorox? This man is about to have half his base kill themselves because they are the only ones dumb enough to try this stupid-ass remedy.”

“Who will be the first to inject bleach and DIE?” ponders Charlamagne. “D-I-E, and D-Y-E! Who?!” He proceeds to outline his own stance on peddling experimental treatments, which is to say, you first. “Stick your neck out king. You are a leader, and leaders lead by action and example. Don’t tell people injecting disinfectants will kill coronavirus! Show us! Do it yourself. Or better yet, do it to one of your kids. One of your grandkids. Somebody you love. But Mr. President, you probably won’t though, cause you don’t love anybody but yourself. And you would never harm yourself because you don’t take responsibility for anything.”

It should be noted that Lysol’s creator has since come out to urge the masses not to inject the disinfectant into their bodies. Check out the full Donkey Of The Day segment below, and sound off — what are your thoughts on this mess? Are you following your president or your common sense?