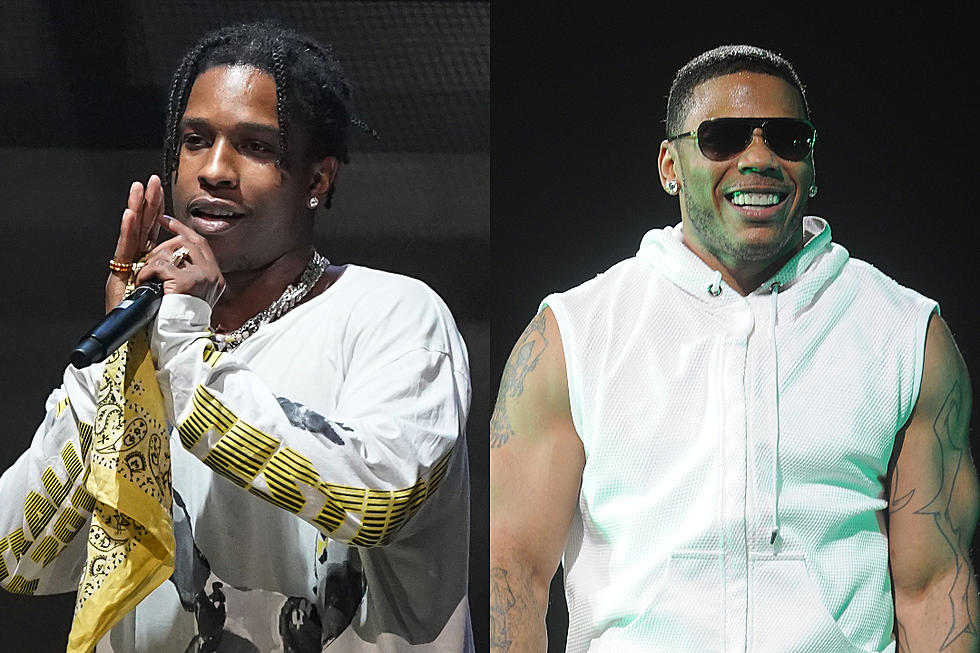 After A$AP Rocky claimed to have popularized the Air Force 1 sneaker, Nelly took to The Breakfast Club to passionately set the record straight.

Yesterday, A$AP Rocky inadvertently sparked a debate with legions of incredulous Nelly fans when he declared himself to be the reason Air Force 1s were popular. Given that Nelly all but launched the shoe into superstardom with his iconic Nellyville single “Air Force 1s,” the St Louis legend had something to say about Rocky’s claim. Today, he called into The Breakfast Club to weigh in on the matter, leading to a passionate and at-times hilarious conversation.

“First off I want to send all my love and thanks and support to all the health care workers doing what they doing, putting their lives on the line to make sure all of us our safe out there,” he begins. After Charlamagne provides the context of the great Air Force 1s debate of 2020, he invites Nelly to offer up his take on the matter.

“At the end of the day, we have to look at the definition of famous,” explains Nelly. “Don’t get it twisted, we weren’t the first to start rocking Air Force 1s, we wasn’t the first ones that discovered Air Force 1s. But when you say ‘made em famous’ you gotta understand that Air Force 1s were more of a New York east coast thing. We didn’t rock Air Force 1s in the south or the midwest, they wasn’t rocking them on the west coast. Until we did what we did, Air Force 1s went from 59.99 to a hundred dollars in a year. The same year after we made our song, shot our video, and had our tour.”

“I don’t know what A$AP is on, or whatever he’s talking about, but if he’s in any doubt all he gotta do is ask Nike,” continues Nelly. “They sponsored our whole tour that year. We had a whole Air Force 1 that flew from the back of the stadium to the front of the stage during every show.” Envy credits Nelly for making the sneaker bigger than New York, but admits that the sneaker ultimately fell out of favor with the younger crowd — that is until Rocky swooped in.

“He brought it back for the kids?” questions Nelly. “I don’t know, the price never changed my dude! We took em from $59.00 to $100.00! They never came back down my dude!” Charlamagne adds that Nike themselves took a stance in Nelly’s corner, which only further emboldens the rapper. “My n***a, listen!” laughs Nelly. “I’m not doubting what A$AP feels, shout out to A$AP, to all them young bruthas, I fuck with all of them young bruthas, but yo. We said who made them famous. How we not make em’ famous my dude?”

If there’s one thing to take away from this, it’s that Nelly is passionate about his Air Force 1s. And let’s be honest — thanks to his classic Nellyville anthem, millions of people worldwide felt the same. If you ended up buying yourself a pair thanks to Nelly’s single, sound off in the comments. For more takes from Nelly, including his opinion that the East Coast doesn’t give the south enough credit, check out the full interview below.