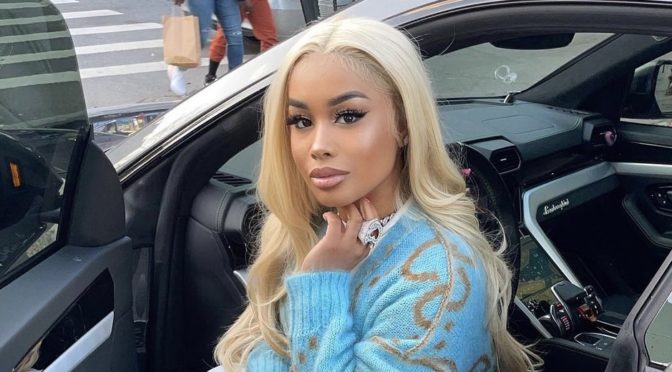 People are really crazy out here and a lot of times it’s seems like it’s simply getting worse. Dream had an unfortunate experience while hosting a gig in St. Louis and she’s understandably vowing to never got back.

I’m going to need the St. Lunatics to stay far away from my good sis. In an Instagram live session on Sunday night, DreamDoll detailed an extremely troubling and frightening chain of events that happened outside an event last night in the Missouri city. Explaining that there was a mixup that lead to all of her belongings ending up in one car instead of two, Dream went on to say that her driver/security was robbed at gunpoint and the robber made off with a significant amount of things. Deciding against leaving her purse in the car as well, she revealed that she was fortunate to not lost that in the robbery.

Dream Doll did not specify how the robber was allegedly killed and no details have emerged in this case. She did, however, make it clear she would never return to St. Louis.

We have already reached out to Dream personally but we would again like to send our well wishes to her at this time. This world gets crazier every day.

NFS y’all don’t realize how much we put our lives on the line hosting these fucking parties posting flyers with our locations. Shit crazy.

While at a hosting in St. Louis, #Dreamdoll’s driver was robbed at gunpoint! One of the three suspects were found dead near the scene! pic.twitter.com/D0ccm3i5ha