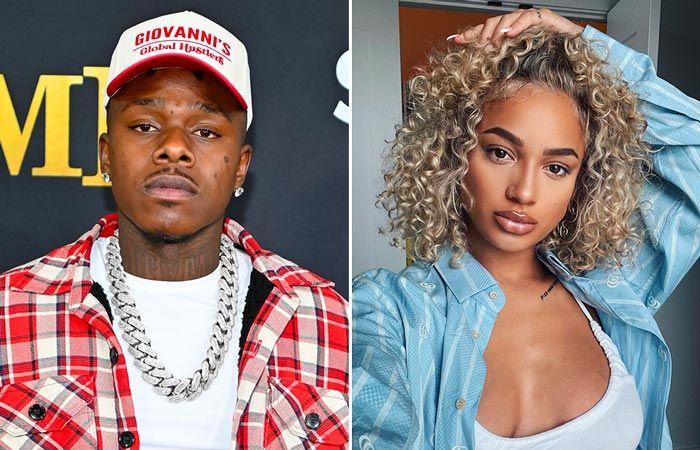 The leader of the Yellowbone’s he actually didn’t want decided to reignite the conversation around her toxic situationship with DaBaby, which expectedly prompted both he and his other baby mama MeMe to enter the chat as well – again.

I feel like I’ve heard more conversations about DaBaby and DaniLeigh/Meme’s love triangle more than I’ve heard about my own personal relationships, but here we are again. Throughout 2022, DaniLeigh has remained relatively quiet. Aside from the fight between her brother and DaBaby, the father of her daughter, DaniLeigh has retreated as she enjoys the first months of motherhood. Last year, not long after she gave birth, the world witnessed DaniLeigh and DaBaby’s epic fight on Instagram Live as police became involved after the rapper reportedly called the authorities.

Yesterday (May 10), DaniLeigh not only dropped off a new single “Dead To Me” about the demise of her relationship with DaBaby, but she also sat down with Angie Martinez where she detailed the breakup. Meme, the mother of DaBaby’s daughter, came forward with a few scathing remarks for DaniLeigh, and now the rapper has emerged with his take on the singer’s comments.

“I was gon’ respond a different way but I gathered myself and I decided to respond this way,” he began. “First of all, I feel like you waited too late. I told you back in December you should capitalize off of the situation so, I feel like that’s a bad move. I also feel like it’s a green move for your label to have you drop the interview the same time you dropping the new song. I feel like y’all kinda showin’ y’all hand. I feel like y’all shoulda put that together better.”

He added that he and DaniLeigh reconnected, if not temporarily, adding that they were “gettin’ busy” just prior to the fight with the singer’s brother, Brandon Bills. “And I also feel like you should tell folks the real reason why I put you out. It’s ’cause you was stalkin’ my baby mama.” DaBaby claimed that this was interfering with his relationship with his daughter.

“And that’s why I had to make the adjustments back in November,” he continued. “I’m grown, I’m an adult. I don’t gotta coexist with nobody who too toxic and who don’t serve me well, you know what I’m saying? So, I don’t owe the world no explanation for that but even when I coulda cleared my name, I took the high road.”

“I don’t want shorty broken, I just didn’t want you around me no more. Just like today, just about to have another birthday party for my princess and you done got on here lying, playing just like before, you affecting my relationship with my other children ’cause you causing stuff over there. You need to just stay over there where you at.”

Check out all the receipts below and let us know what you think of this mess. Honestly, I think everyone involved contributed to this mess and it’s just time to take accountability and move on.