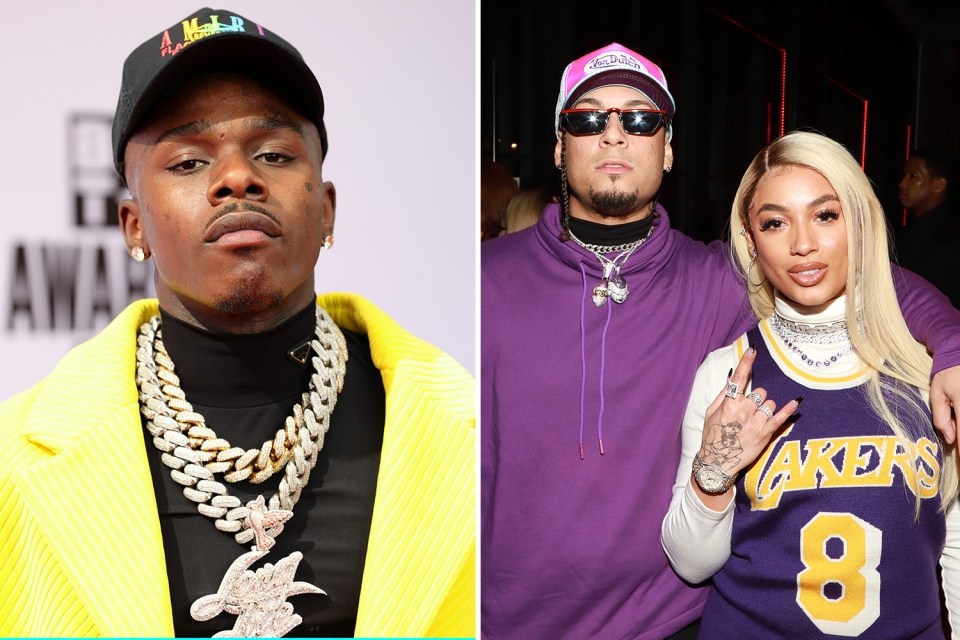 Listen, I know I know… when you tell someone it’s “on sight,” you should probably be on go whenever you finally run into that person. However, with DaBaby’s legal track record for not keeping his hands to himself, he may not have the room to do that, ok? Now he’s in a whole new yellow boned mess.

DaBaby can’t seem to stay out of trouble as he is now facing legal action from DaniLeigh’s brother, Brandon Bills, who is suing the rapper following their brawl at a bowling alley last week. According to the lawsuit, obtained by the folks over at TMZ, Bills claims he walked by DaBaby at Corbin Bowl in L.A.’s San Fernando Valley when DaBaby suddenly attacked him, leaving him injured and in pain. Brandon says he experienced physical and psychological damage as a result of the beatdown, and also incurred medical bills and sustained disability.

During the altercation, which was caught on camera, DaBaby and Bills exchanged words before DaBaby appears to take the first swing, knocking Bills to the ground. Their fight spilled over onto the slippery lanes of the bowling alley where Bills was outnumbered by DaBaby and his crew. Law enforcement is investigating DaBaby for assault with a deadly weapon, because Brandon was kicked in the head while on the ground.

After the brawl, DaniLeigh, who shares a daughter with DaBaby, called out her baby daddy for attacking her brother. “LAME AS HELL!!!! RUNNING UP ON MY BROTHER ON SOME SLIPPERY ASS FLOORS WITH 5/6 OF YA BOYS WHILE HE’S BY HIMSELF AND NOT EVEN TOUCHING HIM!!! LAME AND SOOOO SAD!!!!” she wrote. “I PRAY THIS STOPS NOW !!! BC THIS IS MY FAMILY! AND I GOT A DAUGHTER TO RAISE . SAD 💔.”

DaBaby has claimed he acted in self-defense and has since been banned from the bowling alley. Who do you think should be held accountable here?