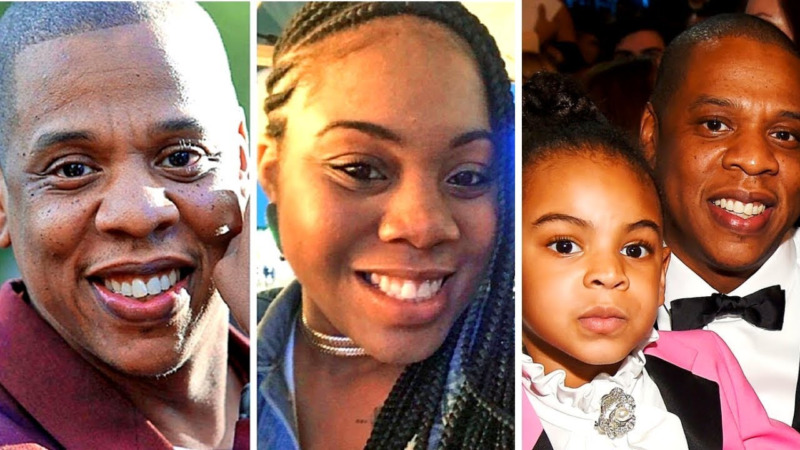 Somebody needs to call Maury Povich right now… or, better yet, get Jay-Z on the line.

The rapper is happily married to Beyoncé and they’ve got three beautiful children: Blue Ivy, Sir, and Rumi. However, new allegations made by a 28-year-old woman named La’Teasha Macer seemingly point to the Roc Nation boss being a father of one more.

While this report should be taken with a major grain of salt, Macer is making shocking allegations that she is the 28-year-old daughter of none other than Jay-Z. She has allegedly been told her entire life that her father is Hov and her family members are online backing her up.

‘Meet The Parents’ My parents Shawn and Lisa in 1990. #jayzfirstdaughter #istandwithlateasha

As reported by Bossip, Macer was born in 1990 in Cambridge, Maryland, where her aunt reportedly introduced her mother to Jay-Z. The two allegedly used to hook up and, unbeknownst to Jay-Z, they apparently had a baby. When Macer’s mother, Lisa, tried getting in contact with the rapper over the phone at Roc-A-Fella Records, they were apparently mocked and decided to give up.

“I know the STORY FROM start too finish, I hooked your Mother&father up YEARS ago. Jay ask me who she was when I lived on 500 side Greenwood Ave! We chilled in that Apartment so many times, we laughed, drank, smoked, played card and some more,” wrote Macer’s aunt about these allegations.

“I remember when Lisa came too my house on Bradley Ave in Cambridge MD and WE Lisa & I CALLED ROCK A FELLA and we was trying too contact Jay too tell him about Teasha and the Exact words from the MAN was ‘DO YOU KNOW HOW MANY WOMEN CALL HERE DAILY & and say Jay-Z they baby Daddy!!!’,” she added. “MY HAND TOO GOD…so as Gloria Jean Turner would say what’s done in the dark will come too LIGHT ONE DAY!!!!! this is them DAYS.”

Damn, this is wild. Do you believe any of this or do you think she’s chasing clout? Peep some receipts below:

I've been quiet for far too long! @jayzfirstdaughter Join me as I tell you my story of living in the shadows of being Jay-Z's daughter in a city where everyone knew he was my father! How growing up, I watched Multiple Sclerosis take its toll on my mom. Taking my 'fun mom' that I've always known to 24-hour bedridden. But I kept it all together raising four kids — including a set of twins while going to school full-time, working two jobs at the prison and the hospital. #jayzfirstdaughter #istandwithlateasha

‘Meet The Parents’ My parents Shawn and Lisa in 1990. #jayzfirstdaughter #istandwithlateasha

Someone just sent this! SO CUTE!⁠ ⁠ Do you think that we look alike?⁠ ⁠ Comment below:⁠ @jayzfirstdaughter⁠ ⁠ Everyone seems to have so many questions and hate directed towards me. ⁠ ⁠ It makes you think what kind of personal problems people have to type behind an 'account name' things that they would never say in person or even admit that they said.⁠ ⁠ I get it, your favorite rapper has a secret that you just can't handle!⁠ ⁠ But he told you how he was in the drug game and the drug game is about women and money!⁠ ⁠ My whole city knew! ⁠ ⁠ His closest friends knew!⁠ ⁠ Ancestry DNA confirmed it!⁠ ⁠ And you just can't believe it!⁠ ⁠ – That's not my fault…⁠ ⁠ Why did I wait because I just got the DNA results!⁠ ⁠ 💥Right now today… if you want to DM me threats or call my mom a hoe please keep that to yourself! ⁠ ⁠ I understand HOVA is like a father to you but he's really mine!⁠ ⁠ ⁠ ⁠ ⁠ #jayzfirstdaughter⁠ ⁠ #standwithlateasha