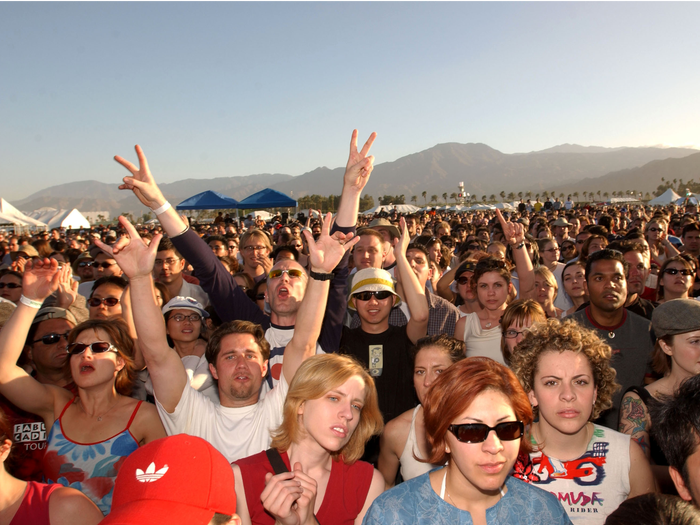 Okay listen, I’m not the most responsible with my mask (especially once I feel like I can’t breathe) so I’m not about to pretend like I am.. but something about a festival as large as Coachella not having any restrictions just doesn’t sound like a good idea.

After rescheduling four times over the past two years, it seems as though Coachella 2022 is putting in every effort to make this year’s highly anticipated event feel as normal as possible. As PEOPLE reports, the music festival updated their admission and health guidelines, as well as their safety rules online on Tuesday, February 15th.

Along with Coachella’s update, another large music festival – Stagecoach, which is also held at the Empire Polo Club in Indio, California – has implemented similar rules, revealing that negative tests and masks will no longer be required to enter.

“Festival Admission Update: As we prepare to spend an incredible weekend in the desert together we are announcing that there will be no vaccination, testing or masking requirements at Stagecoach 2022, in accordance with local guidelines,” a tweet shared to the event’s official account on Tuesday reads.

Despite the new regulations, however, attendees have been cautioned that “the rules are subject to change at any time as determined by federal, state, or local government agencies, artists, or the promoter.”

“Such requirements may include, without limitation, changes to capacity, attendance procedures and entry requirements, such as proof of vaccination and/or negative COVID-19 test, and other protective measures such as requiring attendees to wear face coverings,” updated guidelines explain.

Both the Stagecoach and Coachella festival websites note that COVID-19 is “an extremely contagious disease that can lead to severe illness and death,” adding that attendees are at an “inherent and elevated risk of exposure to the virus.”

The latter’s first weekend will kick off on April 15th, with the second beginning on the 23rd, Stagecoach will follow, running from April 29th to May 1st and featuring headliners like Carrie Underwood, Thomas Rhett, and Luke Combs. What do you guys think of this? Will you be saying “f*ck it, mask off” and attending Coachella?