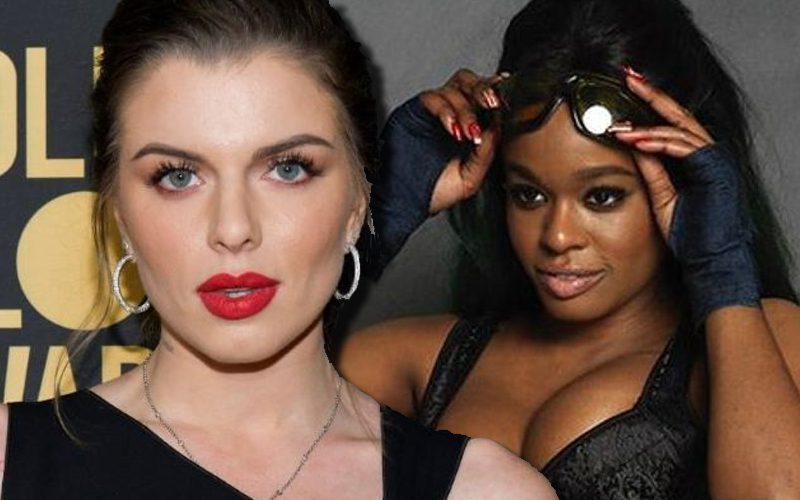 Seeing Azealia attempt to play others about substance abuse issues is actually one of the wildest “pot/kettle” moments I’ve ever written about, but here we are. Banks called Fox a “junkie” as Kanye’s ex defended her recovery from drug addiction..

Her relationship with Kanye West may have cooled down but Julia Fox’s beef with Azealia Banks is heating up. Yesterday(February 15), Banks did her usual routine of inserting herself into others business as she came forward with some pretty harsh words for Ye’s former flame. “What did you hustle him for?” Banks asked Fox. “A bag and some Lucien’s? You absolutely did not come up because if this is how women who ‘always date billionaires’ behave when sh*t goes south, threatening tell-all books… You can kiss your days as a low-rate escort goodbye, sis.”

But who knew Julia’s bland self knew how to get a little spicy? Fox isn’t taking those remarks laying down, and overnight, both Banks and Fox re-emerged on Instagram with screenshots and insults to the other.

In the messages, it seems that Fox called out Banks for speaking about her son and claimed that no one wanted to be affiliated with the rapper. “You literally tried to say you’re in BeyoncÃ© and Rihanna’s level and I have it recorded!!!!!” Fox allegedly wrote. “Hahahaah we play it and laugh at u !!!!”

Banks shared the messages and added, “Okay, your son is a crackbaby…….what next?” Fox accused of Banks of calling her a “junkie” and shared a text exchange where the rapper allegedly messaged her asking for a plug in New York City that “sells Molly and Percocet.” Fox wrote over the screenshot,” So it has come to my attention that this troll keeps calling me a junkie umm sis do u recall @azealiabanks.”

“I’m open about my issues with addiction because I want to destigmatize it! Not al addicts are ‘junkies’,” Fox penned in another post. “That is so horrible to say. It’s a real f*cking disease. And I’ve also been open about my recovery journey!!! But nobody wants to mention that right….. If this troll says one more thing about my parenting or my son…”

“She added, “I was too nice to her cuz I felt sorry for her but now I realize why she spends all the holidays alone. Nobody wants that energy sis!!!” We’re sure this isn’t the last anyone has heard about these two. Check it all out below and let us know what you think of this mess. I don’t have a dog in this fight but it sure is interesting to watch.