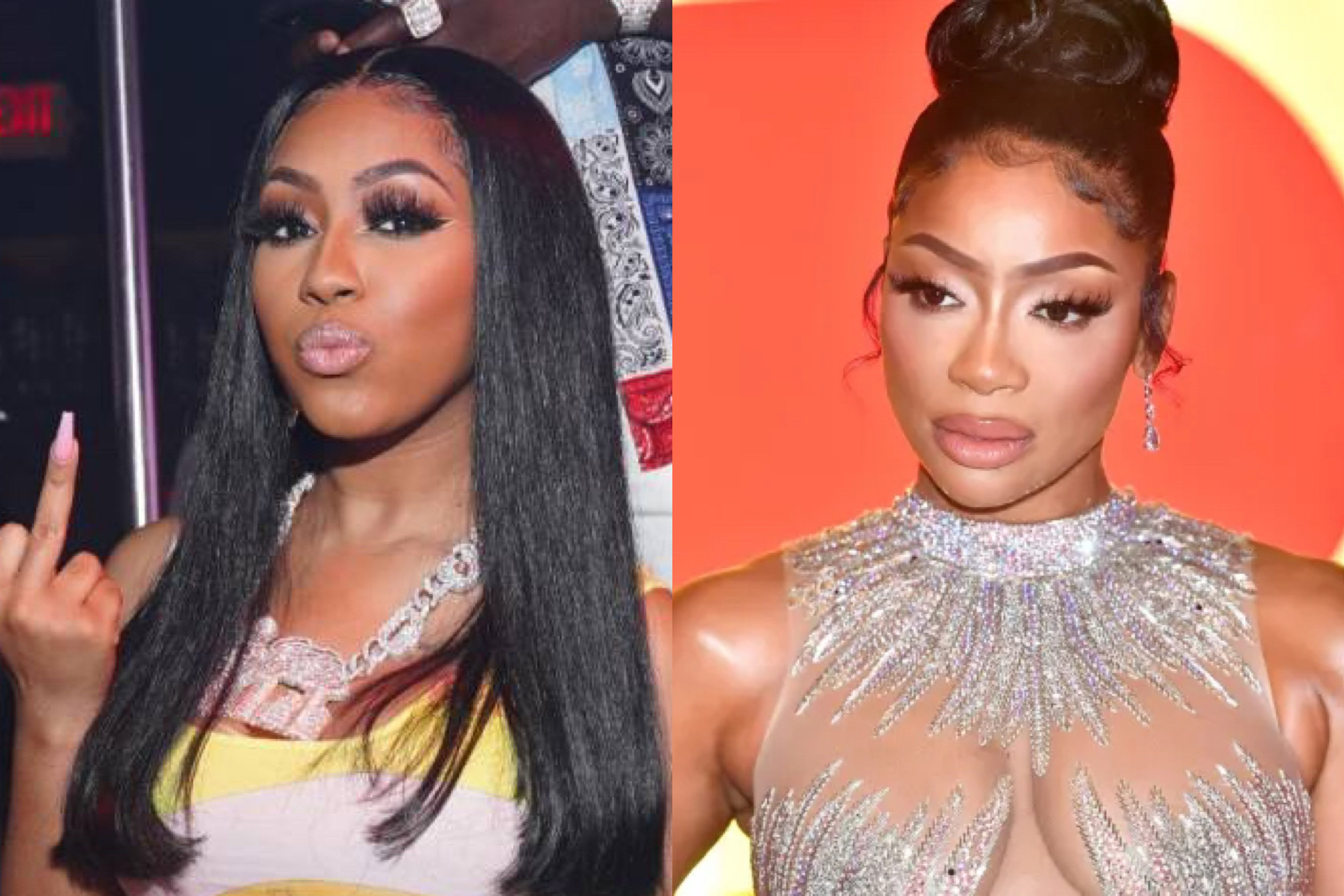 It was truly City Girls gone wild in these people’s parking lot as apparently Tommie wanted all the smoke with Caresha’s little friend.

When it comes to drama, Tommie Lee is no stranger to heated moments. In fact, the “Love And Hip Hop Atlanta” alum has had her share of very public feuds over the years. She had a blowup with Akbar V in a music studio that eventually ended up in one of those drama-filled Zeus Network conversations. She also very publicly feuded with Joseline Hernandez during most of her time on ‘LHHATL,’ and the list goes on. Now, it seems the smoke could be going in City Girl’s Yung Miami’s direction…and her little friends to.

People are now talking about Tommie’s latest incident which involves an associate of City Girls star Yung Miami. In a video obtained by Gossip of the City, Tommie seemingly calls the associate out for laughing at a comment written on a post made by The Shade Room.

According to the video footage, it looks like the two were already having a tense conversation. Once Lee touched the friend’s arm, she stepped back as if she was gearing up for more action to take place with Lee. Yung Miami’s bestie, rapper Saucy Santana, even stepped in trying to defuse the argument, but Tommie was not letting up. Later in the video Miami’s friend can be heard asking Lee if she “wants to run one” indicating that she was ready to fight to.

As social media claims Yung Miami and her friends were pressed by Tommie Lee, Miami’s homegirl responded with a screenshot of her conversation with Tommie via DM, clearing up the rumor that she was scared to fight, she wrote: “Never been no Scary B*tch!Like I said you want a Round!I don’t do all that Talking What’s up Ain’t nobody got Pressed And ain’t nobody was scared! FOH!”

Yung Miami also cleared up rumors taking to Twitter to respond to a fan sticking up for the Florida rapper, the fan rote: “Caresha is not soft at all yall trippin”. The City Girl responded: “Chile let them think whatever! The ppl that KNOW KNOW.”

Although an actual altercation did not take place, some people have still been critical, causing Tommie to also take to her IG story and try to downplay the obvious drama: “I wish y’all understood that everything isn’t tea or news. Two grown people can’t have a conversation w/o a camera being pulled out **** really sad.” Tommie continued, “And no I don’t fake kick it, fake speak, or fake anything…so when you dissing me that better be really how you feel because I’m moving accordingly!”

Take a look at it all for yourself and let us know what you think. Can’t we all just get along? 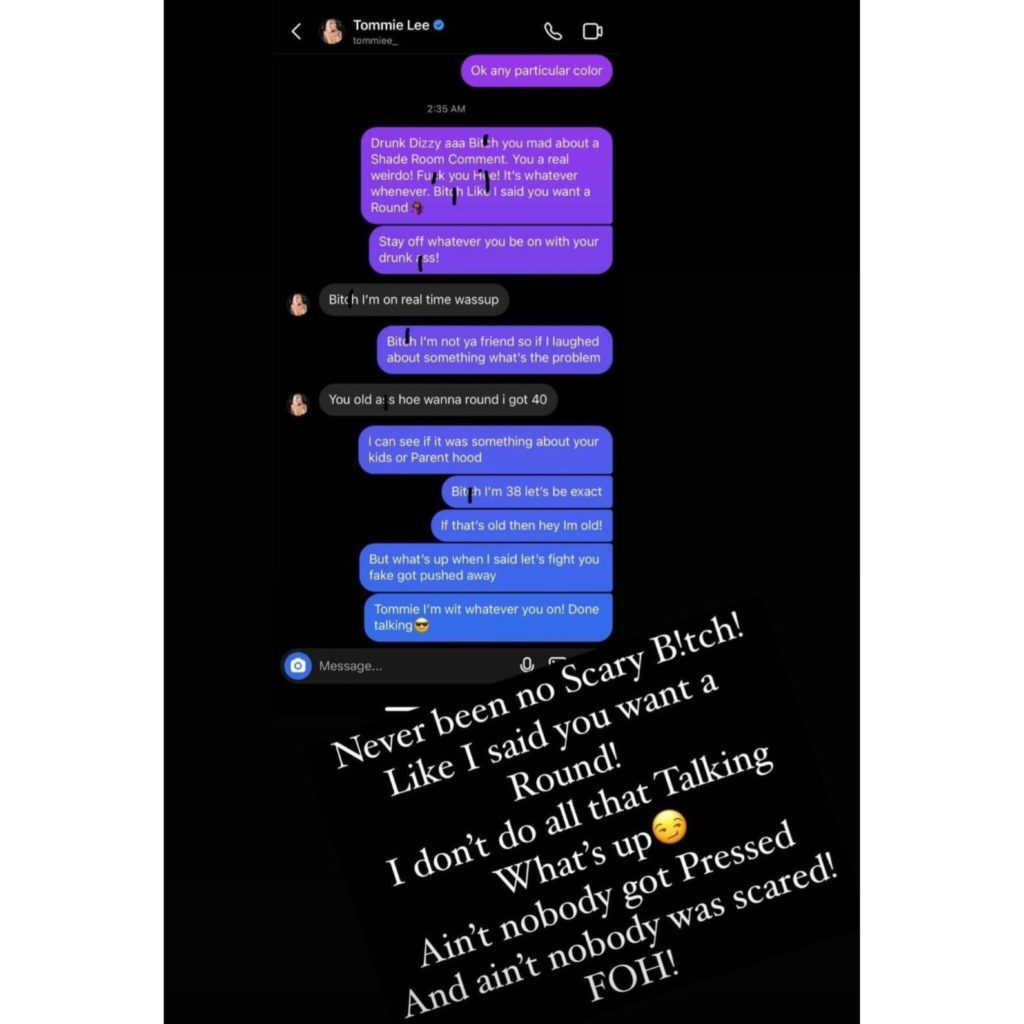 Chile let them think whatever! The ppl that KNOW KNOW 😉😊 https://t.co/xKdP4mddYt