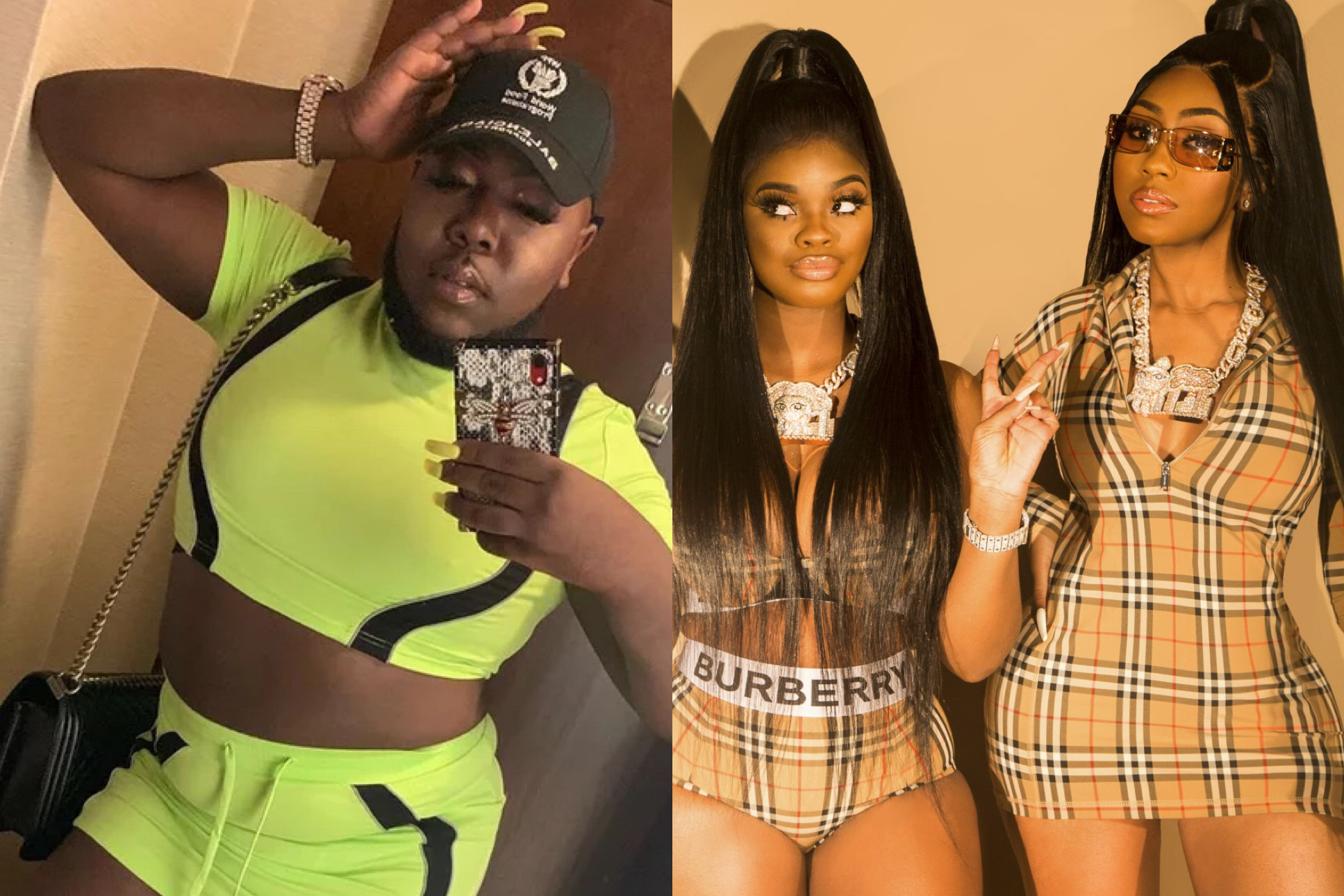 To be fair, from the beginning I thought that insinuating this was shade was a bit of a stretch considering if JT didn’t want Santana on stage during their set then he wouldn’t have been. But y’all know, the internet is going to internet.

For the first time in their career, the City Girls appeared on the Rolling Loud stage together. The girls appeared at Rolling Loud Miami yesterday (July 23), and they delivered renditions of some of their favorite tracks to a screaming audience. During their performance, the ladies showed off their dance skills and even allowed their good friend Saucy Santana to have a moment as he performed his viral track, “Walk,” a song that is allegedly a diss track about his online foe, Rolling Ray.

A video of Santana’s performance quickly went viral after JT was seen in the clip approaching him before taking the mic. Soon, social media users accused the City Girls rapper of “snatching” the microphone away from her friend, but she clarified what happened.

CITY GIRLS SHUTTING IT DOWN

“No I was rushed to get my mic back from DJ because our set was getting cut don’t do that I would never I gave him my mic too perform & was excited STOP,” JT told a Twitter user. She added, “Happy for you they was too excited to see you @SaucySantana_.” After Santana’s Instagram profile was mysteriously deleted, it only intensified the controversy.

Check out the Rolling Loud Miami moment below along with a few reactions and let us know what you think. Was JT rude for snatching her mic back from Santana or is the internet just making something out of nothing?

Why JT snatch the mic from Santana like that? 😭 pic.twitter.com/UlbpF8uXei

If I was Santana JT wouldn’t be my friend anymore lmao why would you snatch my mic bitch? On stage in front of the world lmao nah

santana to everybody backstage when he saw jt snatched the mic out his hand pic.twitter.com/lRnj0NeAzq

Santana to JT backstage after she snatched his mic pic.twitter.com/8Q0YFWmCLk

Damn JT snatched Santana mic while he was performing and now his IG gone 👀 he blowed!!!!

No I was rushed to get my mic back from DJ because our set was getting cut don’t do that I would never I gave him my mic too perform & was excited STOP https://t.co/Bp8Q8AJYy5

now JT didn’t have to do Santana like that..#RollingLoudMiami pic.twitter.com/LHm3PaT4vw

you snatched his mic tho.. 💀 https://t.co/ApTDejih6s

I use to really like JT but I don’t play about Santana !!! And I really did defend JT BUT ION CARE ..she was dead ass bogus for doing that to him! Your body language told it all

Y’all reaching with the JT and Santana situation you only get so much time to be on stage you gotta move quick!