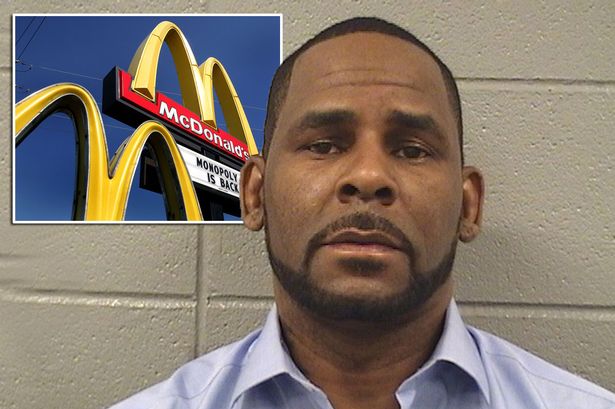 Just when you thought the allegations around Robert ‘Pissy’ Kelly couldn’t get any nastier, the piss keeps on pouring… and it does.

The cases being built against R. Kelly read like a bad Lifetime movie, but this is the disgraced singer’s reality. Kelly has been behind bars as he awaits his trials in several states, and according to the Chicago Sun-Times, federal prosecutors are accusing the singer and his team of a slew of “uncharged crimes” including bribery, the sexual abuse of minors, physical abuse, and paying “hush-money” to keep people quiet. Prosecutors are hoping that a judge will allow them to mention these alleged crimes in court during his upcoming trial in Brooklyn that is slated to begin in August.

Prosecutors reportedly made claims that R. Kelly had someone on his team “pay an Illinois state employee $500 to create a fake ID in 1994” for late singer Aaliyah to marry Kelly when she was just 15-years-old. Kelly is accused of marrying the young teen in order to keep her from testifying against him.

Additionally, Kelly also faces accusations that in 2006, he met a 17-years-old boy at a McDonald’s and invited the teen to his studio after the boy expressed that he wanted to get into the music industry. While there, Kelly allegedly asked the teen how far he would go in order to make it in the industry before the pair are said to have engaged in sexual contact. Later, the teen reportedly introduced Kelly to a “close male friend who was 16 or 17,” and the singer is accused of having a sexual relationship with them, as well.

A person who was reportedly a crisis manager for Kelly also allegedly paid off a Cook County clerk in 2019 after Kelly was charged with aggravated criminal sexual abuse. The clerk was allegedly given $2,500 and a burner phone to report back with any information about Kelly’s case as it developed. Federal authorities claimed that they obtained a recording of the conversation from R. Kelly’s cellphone.

Watch a news report about these allegations below and let us know what you think. I’d really love to hear how the ‘Free R Kelly’ committee sticks up for him still.