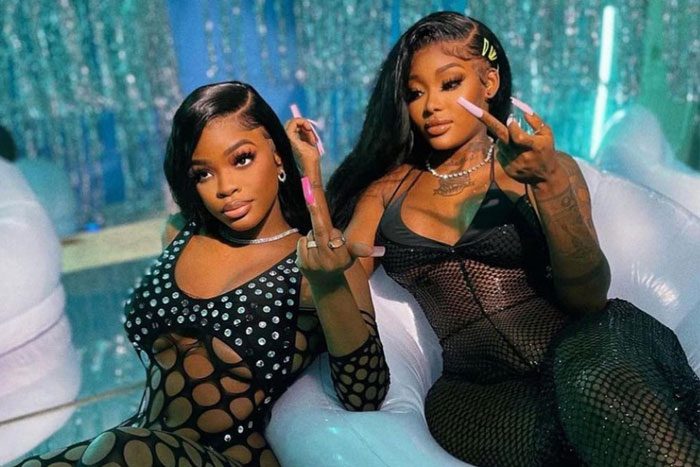 It’s officially that season, between Adele and now Summer Walker.. we are headed right into ‘In Your Feelings Fall.’ Now, if you’re like me, you may not be able to directly relate to being in your feelings at this current moment in life, but we’ve all been there before and can always appreciate a vibe… which is something Summer is always good for.

There was once a time when Summer Walker’s fans were concerned that she was throwing in the towel and retiring, because mama was well… ‘over it, but the singer has pushed forward with much success. Summer announced the rollout of her sophomore studio album ‘Still Over It’ while outside of the BET Hip Hop Awards. Since that time, she has given a sneak peek as to what fans can expect, and those revelations include closing out the album with “Ciara’s Prayer” and her first single from the album, a collaboration with JT, “Ex for a Reason.”

Summer and JT’s single “Ex for a Reason” has officially arrived and fans are eating up the City Girls-R&B matchup. The Buddah Bless and Sean Garrett–produced track picks up right where Summer’s debut ‘Over it’ left off and is the perfect blend of ear-catching mass-appeal and lyrical grit as Summer and JT fire warning shots to their unfaithful partners before recalling that they are, in fact, an ex for a reason.

Summer and JT both get in their melodic bag on “Ex for a Reason,” imploring people to take control of their relationships and keep the negative energy from past ones out. It’s one of the first more upbeat singles we’ve heard from Summer but still somehow keeps that moody vibe we all fell in love with..so it’s a welcome change of pace.

All in all, ‘Ex for a Reason,’ is the perfect introduction to Summer’s new era. Something familiar, but something new.

Quotable Lyrics:
Know I’m the type to go through my n*gga’s phone (What you know ’bout that?)
Sh*t be on my nerves when it keeps ringin’ back to back (Who the f*ck is that?)
F*ck a b*tch on stretchers is always the mindset I’m in (I’m in, oh, oh)
But an ex game is not the game I’m tryna play at all (Ooh)

Take a listen to ‘Ex for a Reason’ below and let us know what you think. ISSA BOP OR ISSA FLOP?