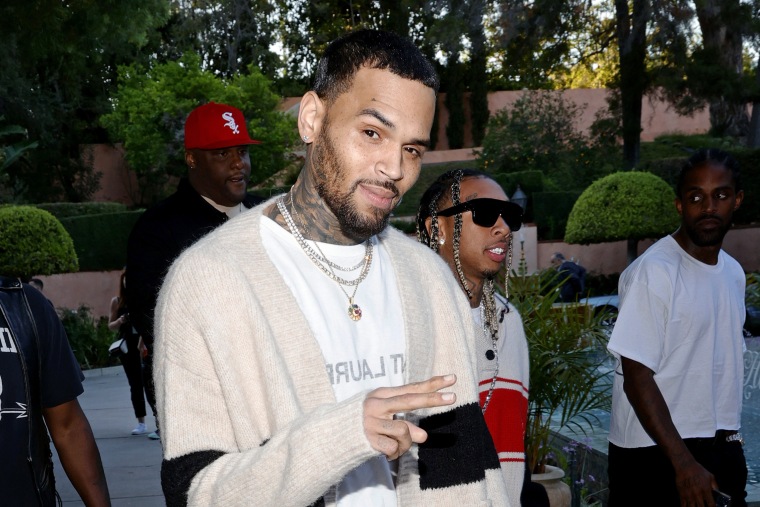 Y’all boy Chris Breezy just can’t seem to catch a break in the legal system. He’s now being accused of ripping off the dancehall single “Tight Up Skirt” for his own record.

Chris Brown is in more legal trouble. He is being sued for his 2017 banger “Privacy.” The song was a hit where Brown’s influence from the dancehall hit “Tight Up Skirt” is obvious. Now, United Kingdom-based company Greensleeves Publishing, which owns the rights to the track, is suing Brown. Red Rat, who performed the track, is not named in the lawsuit.

When Heartbreak on a Full Moon dropped, Red Rat claimed that he was, “getting many calls left and right from many people asking me about my thoughts regarding [Chris Brown] sampling ‘Tight Up Skirt’, and all I can say is, ‘Give God all the glory.’”

“Hey you, girl inna the tight up skirt! /You make me head swell ’til me blood vessel burst,” sings Red Rat on the original. “Ayy you, gal, inna di tight up skirt /Get that ass in the bed, I’ma lock the door,” sings Brown in his rendition. Greensleeves claims that Brown bit “Tight Up Skirt” for “Privacy” and “took the core musical feature” of the song without permission. They used the hook and chorus as their examples. However, it’s not clear if Brown “bit” enough for them to win in court.

Take a listen to both and let us know what you think. Should Chris be required to run them folks their coins?