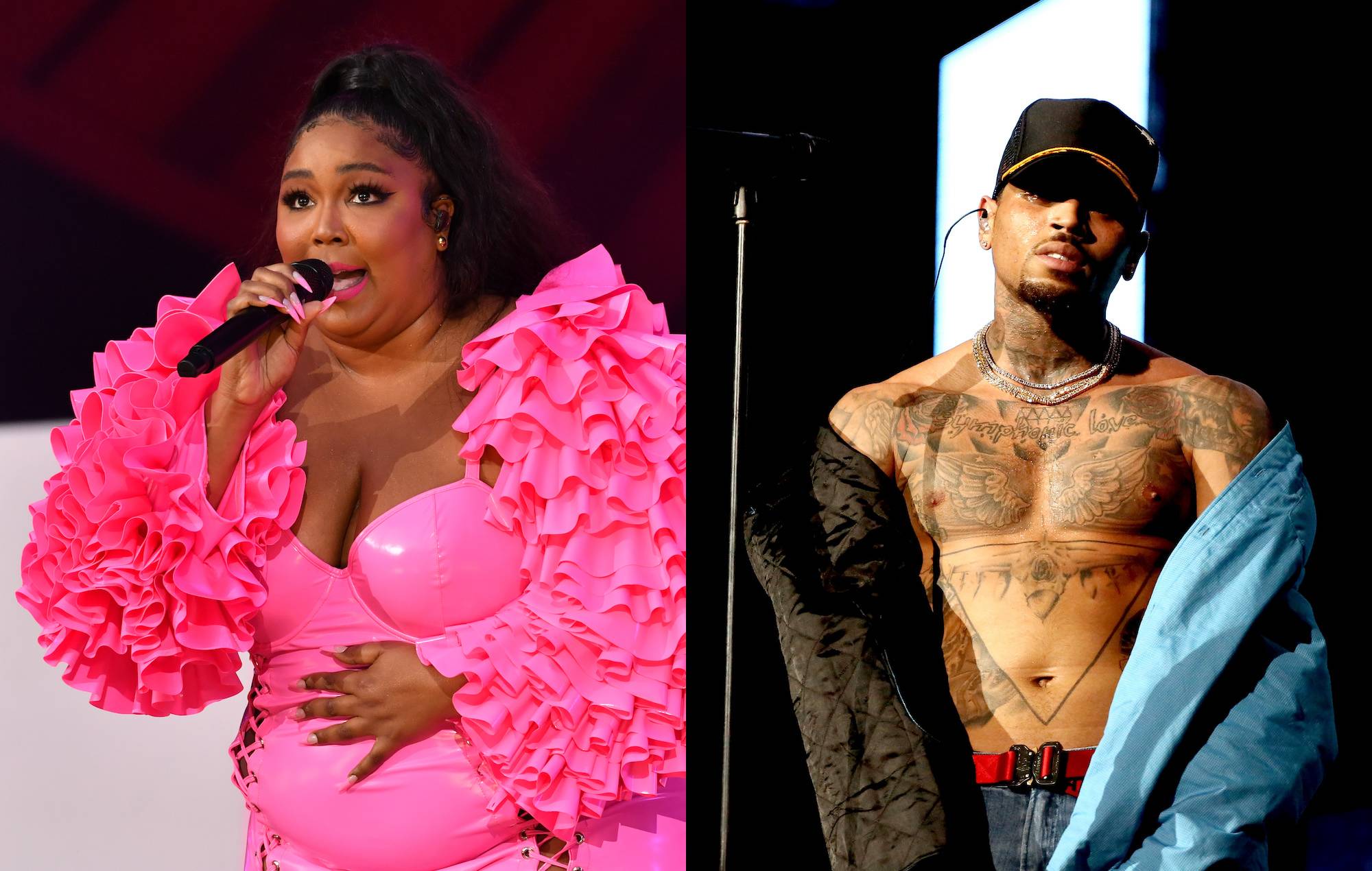 I’ve run in to Chris Brown many times with us both being VA boys so perhaps that’s why I can’t relate to the excitement, that coupled with the fact that no one has ever had me star struck but Ciara…but it’s pretty safe to say that Lizzo’s day was made.

Lizzo and her girls got together and linked up at the Millennium Tour, featuring Bow Wow, Omarion, Soulja Boy and more. The tour kicked off again after being on hold for a year during COVID-19 restrictions. During their stop in LA, the show was filled with tons of surprises. Bow Wow brought out many special guest including, Snoop Dogg, Jermaine Dupri, and Chris Brown.

Fans were surprised to see Chris and Bow on stage together again. Bow says, “we haven’t performed together in YEARS!!! But this was special! My brother my best friend my dawg!”

Lizzo picked a great time to go to the show. After the show, Lizzo and her crew went backstage and there she got to meet her “favorite person in the whole f*cking world” according to her.

Lizzo asked Chris Brown for a picture in new video:

“Can I get a picture with you because you’re my favorite person in the whole f*cking world.”pic.twitter.com/QcSYrCiOm0

Per usual, given Brown’s controversial past, many somehow turned this genuine interaction into something. negative and have been less than pleased to see Lizzo so star struck in his presence. Take a look at the adorable video followed by a few reactions below:

Lizzo’s favourite person in the whole WORLD is Chris Brown?!?! Don’t puss me off pic.twitter.com/sngwN6qlqU

taking a picture with chris brown in 2021 Lizzo….. pic.twitter.com/KCWwcVPwSS

Lizzo receiving backlash for wanting a picture with Chris Brown makes zero sense. She’s 33. Sis had his pictures on her binder catching the school bus too. https://t.co/gG6tqBYoZv

Not the timeline mad at Lizzo for taking a picture with Chris Brown but y’all aren’t made anyone else for collaborating, taking pictures with/dating him ??????? The girls gotta stop picking & choosing chile…. pic.twitter.com/ExnQn1qGTP

Lizzo do allat fangirlin & Chris Brown prob wouldn’t even hesitate to not let her in his section at the club if she wasn’t a celeb. Chilee.. https://t.co/aJ5mtULwAY

not yall bashing lizzo for being with chris brown but still praising chris brown.. pic.twitter.com/eTIhTGnJmi

People being outraged at Lizzo’s love for Chris Brown while so many other artists be out here supporting/collaborating with him with no backlash, makes zero sense. Don’t make me go down the list of people…Just say you don’t like her.