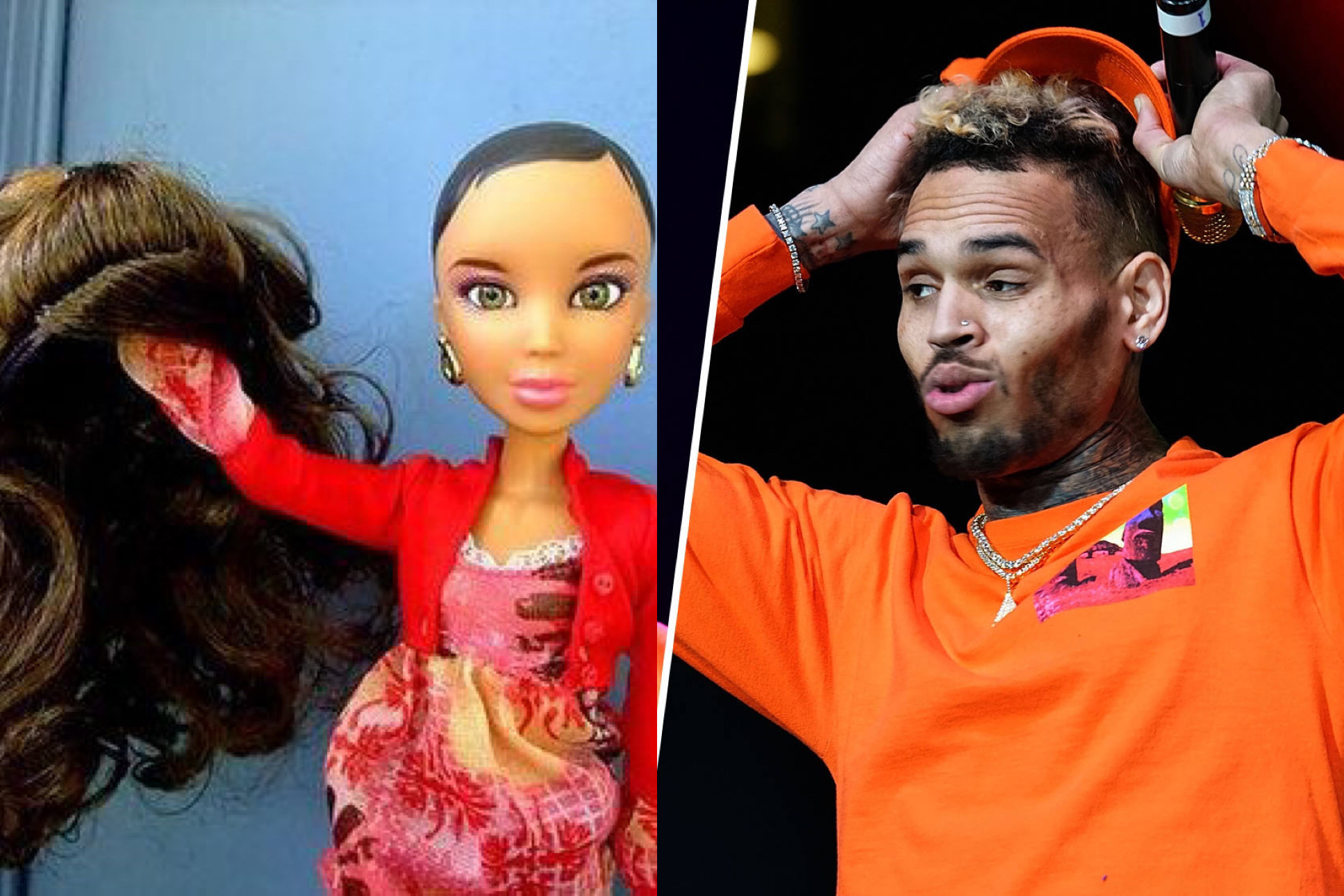 Chile, Chris Breezy just can’t seem to catch a break and this one is some truly unbeWEAVABLE shit. This woman reportedly told police that he hit her so hard her weave flew out.

These latest accusations don’t look good for Chris Brown. The singer has had his fair share of legal troubles related to domestic violence accusations and twice—with both ex-girlfriends Rihanna and Karrueche Tran—restraining orders have been issued against Brown. His fans continue to support and defend him against accusatory critics who often bring up his past, but Brown has moved forward with his uber-successful music career while enjoying the fruits of his successes.

However, on Monday (June 21), TMZ reported that Chris Brown is currently under investigation due to a woman who claims he assaulted her.

The outlet reported that the alleged physical altercation occurred at his San Fernando Valley home over the weekend. The woman told police that Brown hit her in the back of her head so hard that “her weave came off.” Responding officers filed a battery report where Brown was officially named as the alleged assailant. The woman reportedly didn’t have any visible injuries, aside from the misplaced hairpiece, and no one was arrested.

As the world reacts to yet another reported battery incident involving the “Run It” singer, he’s already begun trying to turn the narrative in his favor, claiming that the stories are all lies.

“YALL SO DAMN [CAP] [laughing emojis],” wrote Chris Brown on Instagram Stories this morning. So far, that’s all he’s had to say about the latest batch of accusations against him.

Fans have been pointing out that Chris is regularly caught up in these kinds of allegations, noting that it seems to happen every single year. We will continue to keep you updated as any and all updates are reported in this case. Take a look at some of the reactions below and let us know what you beweave.

chris brown cannot keep his hands to himself….idk whats funny about a woman getting hit to yall.

Don't tell me Chris Brown did this shit again bruh