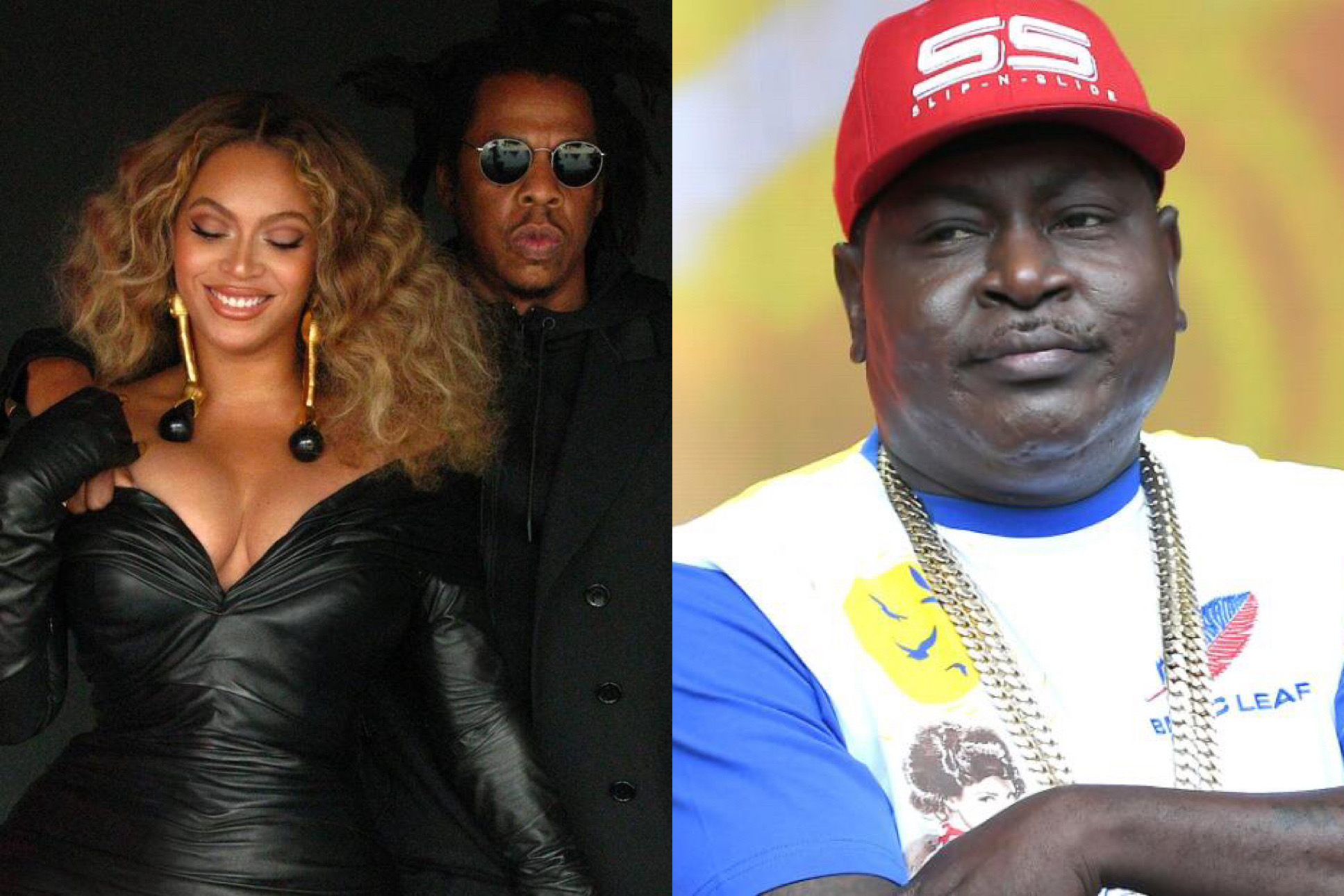 If there was any doubt in anyone’s mind if Trick Daddy was still on that shit or not, I think we definitely got our answer today. The Florida rapper ruffled feathers when he questioned Jay-Z’s status in the rap game while trashing Beyoncé’s talent.

A recent conversation has caused a commotion for Trick Daddy. On Monday (June 21) evening, the “Baby cuz I’m a thug” rapper clearly lost his mind and was captured having a discussion with a panel, and Beyoncé and Jay-Z’s names came up. The pair are, obviously, two of the most respected talents in the music industry, but every now and again there are people who come forward to say that they aren’t fans of the couple.

It’s unclear what happened before the clip was recorded, but it seemed that Trick Daddy Dollars was comparing Bey to another artist. “Beyoncé f*ck with her because she see money,” Trick is heard saying in the clip. “Beyoncé ain’t trying to give back to music or nothin’.”

Beyoncé don’t write music and barely can sing her motherf*ckin’ self,” he continued. “Beyoncé can’t sang!” Others on the line co-signed Trick Daddy and questioned why so many people think the Destiny’s Child icon has talent. Then, Trick Daddy moved on to criticizing Jay-Z.

“Man, I watched my godmama train Beyoncé, vocal lessons all her career,” Trick continued. “I’mma give an unpopular opinion right now: Beyoncé is to R&B what Jay-Z is to New York. That’s why they together. Jay-Z ain’t never won the greatest rapper alive. Whoever put him on a level like that?” He added that New York needed a hero after Biggie died and so, people handed the title over to Jay.

As expected, reactions to these comments have been a mix of confusion and anger as people far and wide came together on social media to give Mr. Dollars a talking to. However, this didn’t stop trick from speaking his mind as he doubled down on the comments this morning on his radio show, telling listeners that he meant what he said and that he doesn’t think it was wrong to come at the Carters.

He said that during the same conversation, the panel spoke about ways to make their respective cities and communities better places, but he’s not surprised that the Beyoncé and JAY-Z slander got picked up by the media. “What I said was I don’t think Beyoncé can sing and Beyoncé is to R&B what JAY-Z is to the state of hip-hop in New York at the time when JAY-Z considered himself as the king of hip-hop,” said Trick Daddy. “Which is my opinion. And opinions are like buttholes: without ’em, you’d be full of doodoo.”

He continued to explain himself, telling his fans that he was simply stating his “unpopular opinion.” “That’s my opinion. I’ve said many times on the radio that they’re wonderful businesspeople. Jigga made a lot of money, he got a whole lotta money. But did I say anything disrespectful? No. Did I call them out they names? No, I didn’t,” said Trick. “But before I said that, because a lot of females love Beyoncé, I said she’s the lady Jesus Christ to them, which is not a bad thing. Actually, that’s a compliment ’cause Jesus Christ was a powerful and lovable person. But if you got a problem with speaking your own mind, I apologize.”

Do you think Trick Daddy said anything wrong? Trina, his close affiliate, showed love to Beyoncé and JAY-Z this morning on social media showing she wanted no parts. Take a look at all the receipts and a few reactions below.

Must be two Beyonce's bc I know Trick Daddy can't be talking about Blue Ivy's mama.

Not Tina's daughter. Can't be talking about Solange Big Sister.

Ain't no way he said that about Beyonce Giselle Knowles-Carter AKA Mrs.MyMicAlwaysOn

Since trick daddy talking about Beyoncé can’t sing here’s a video of Khia roasting him pic.twitter.com/MMfQFVgoRI

Trick daddy. You already out here looking like the melted brownie inside of a kid cuisine dinner.