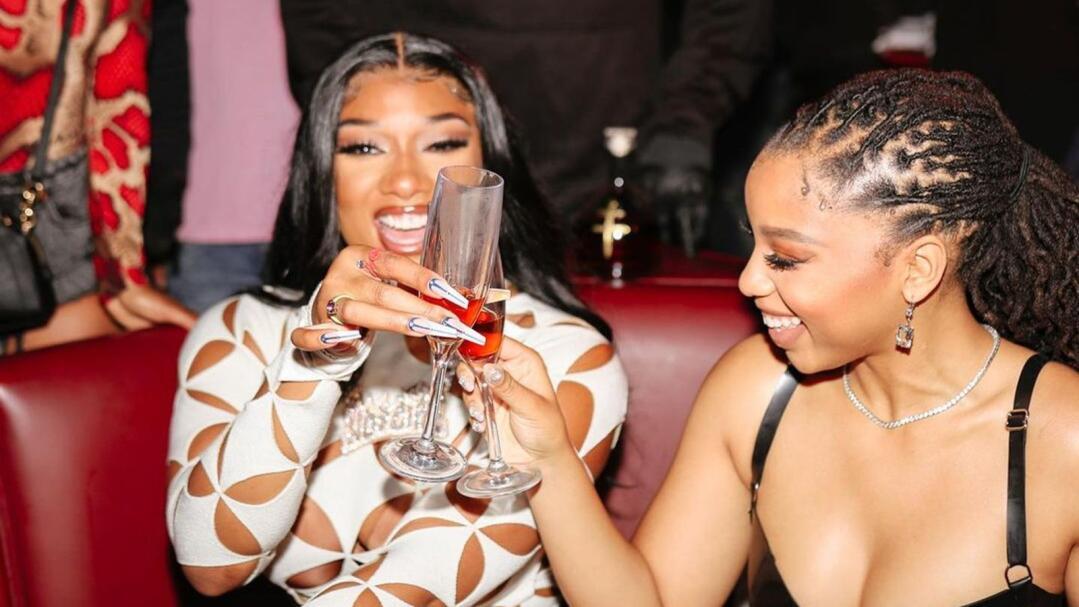 What others are trying to paint as a negative moment, was actually pretty light hearted and common between friends if you actually get out of the house. Some night’s you aren’t trying to hang with the big dogs and decide to keep it light..besides, I’m not even mad at Chloe with this one, the last time I went to “drive the boat” a certain someone who shall remain nameless accidently poured liquor on my supremely beat face on stage at an event… so never again.

Celebrities didn’t hesitate to turn up the heat this Halloween weekend. For the past few days, we’ve seen countless costumes make their rounds on social media from the likes of Latto, The Weeknd, Nick Cannon, Gabrielle Union, and many more. While some chose to celebrate the holiday early so they could use Sunday to relax, others served looks all weekend long, including Megan Thee Stallion.

In what’s becoming a annual event, Meg hosted her ‘Hottieween’ where was surrounded by tons of her closest friends and turned up all while rocking a larger-than-life fairy costume to the event.

Other stars in attendance were Chloe and Halle Bailey, who can be seen sitting in a crowded corner with Thee Stallion and a few others in a video that’s made its way onto Instagram. At one point during the clip, Megan looks at the “Have Mercy” singer as she holds a bottle in her hand, then says, “drive the boat b*tch.” If you’re not familiar, “driving the boat” is essentially tipping your head back and letting Coach Meg pour her liquor down your throat. Plenty of other stars have partaken in the H-Town Hottie’s antics, but Chloe was not here for it on the particular night. In the clip, Megan can be seen making a disappointed face after being rejected by her pal.

Take a look at the hilarious quick exchange below and let us know if you’ve been there. I know I have.

Megan Thee Stallion tries to get Chloe Bailey to drive the boat. pic.twitter.com/Vm3jobzfXm