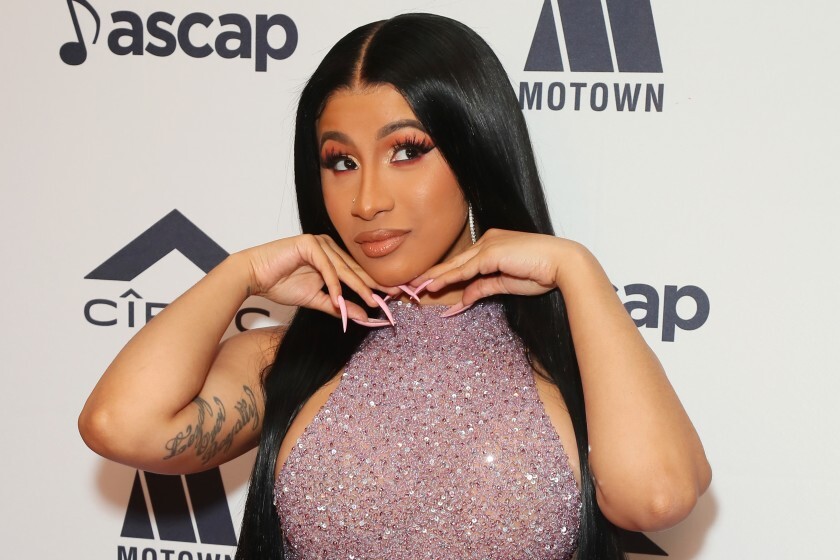 Have y’all ever paid attention to a lot of the music that’s in heavy rotation in the clubs right now when it comes to rap? It’s a lot of drug references, some suicidal thoughts, it’s just really not fun turn up or feel good music like we came up on. Everything is so moody… After the last two years we’ve had as a country, who doesn’t want to just feel good and have fun? Let’s just go ahead and insert a Joker ‘Why So Serious?’ meme here.

Is it Belcalis to the rescue? With only one album to her name, Cardi B has managed to elevate herself as one of hip hop’s leading superstars. Given how much replay value Cardi’s debut ‘Invasion of Privacy’ continues to have, many have been patiently waiting for news on her anticipated sophomore project. As if the previous project combined with the hit singles that have already surfaced from the album (“WAP” and “Up”) weren’t enough, Bardi may have briefly given fans an idea of some of what they can expect from the album during an Instagram live session early this morning. (November 1st)

During this Instagram live which is currently making the rounds with some trying to portray it as if Cardi was talking down on her peers, after leaving a club with friends in family, Bardi expressed that a lot of the of music that many are currently producing, isn’t exactly what people always want to listen to, especially in a club setting. Which led her to speak her mind and make it clear that she aims to rescue us from our feelings and make some turn-up music for the club:

As she continued, Bardi shared a few more thoughts on modern rappers and how it connects to what she consistently hear in the music:

“I feel like n***as nowadays making music with this type of beat that is mad depressing. All these rappers nowadays, all of them wanna die. They all wanna die–all of ’em! All these n***as need to stop doing lean and smoking weed. You know, this the thing about these rappers: they get money and they start buying too much motherf***in’ weed and too much lean and they make that slow s**t. I wanna turn up–tired of the same song every time I go to the motherf***ing club.”

“The club needs me! The strippers need me. The bartenders need me! The h*es need me. The motherf***ing get-money n***as need me. I wanna shake my a**, n***a! Am I lying?” The thing you have to love about Cardi is no matter how funny the message me be, she’s still always talking some real shit in the message. There’s music for every mood and there’s nothing wrong with that so it’s dope to hear that Bardi plans to do exactly what is music is supposed to do with her latest project…escape, turn up, have fun. Everything doesn’t have to be pills, beef, etc at all times. Now obviously, Cardi’s whole album isn’t going to be just turn up music, ‘Invasion of Privacy’ is actually the perfect example of how to properly diversify that bag. Take a look at the full live below and let us know if you think she’s speaking facts.