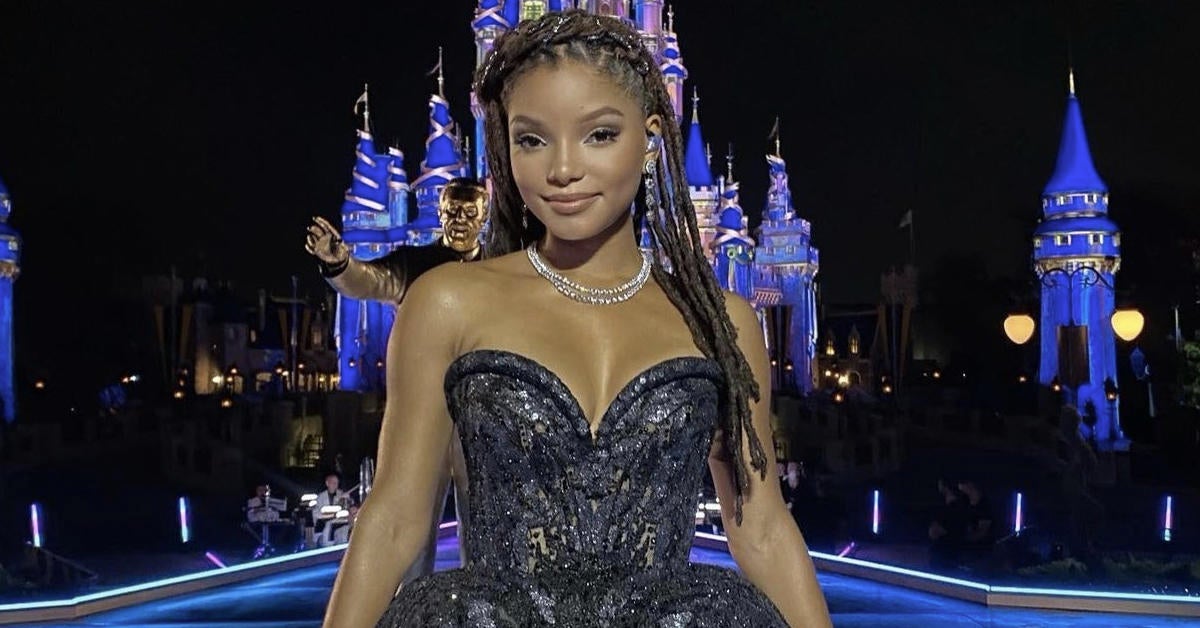 …and just like that, Halle just showed all the naysayers why she’s the perfect choice for our Ariel. That voice!

When the world found out that Halle Bailey had been cast as Ariel in Disney’s live action remake of The Little Mermaid, reactions were mixed, to say the least. Some fans immediately saw the 21-year-old as the perfect choice for the role, while others (you know exactly which types) found themselves questioning why a Black woman was chosen.

The movie isn’t set to hit theatres until 2023, but Bailey is still hard at work proving that her amazing vocal talents undoubtedly earned her the role of Ariel.

On October 1st, the “Do It” singer took to the stage at Disney World’s 50th anniversary celebration to perform a touching rendition of “Can You Feel The Love Tonight.”

“Hi everyone! It’s Halle Bailey, and look at where I am. I’m in Magic Kingdom, and tonight I will be performing at the 50th anniversary of Walt Disney World celebration,” the singer-turned-actress said in a Twitter video.

The track, which won an Academy Award for Best Original Song, was popularized in the 1994 film, The Lion King, and was originally sung by gospel vocalist, Kristle Edwards, and composed by Elton John.

For her performance, Bailey pulled out all the stops, taking the stage in a stunning, strapless dark blue and grey gown, accessorized with silver jewelry.

had the best time singing tonight 🥰🖤

If people were lacking confidence in the 21-year-old’s portrayal of Ariel before, they certainly have no reason to be now.

Several viewers have already taken to Twitter to hype up Bailey’s outstanding performance, writing messages like “you ate that. Truly. Can’t wait for more,” and “our princess.”

Watch Halle Bailey perform “Can You Feel The Love Tonight” in the clip below and let us know what you think. Did she nail it? Are you as excited for ‘The Little Mermaid’ as I am?