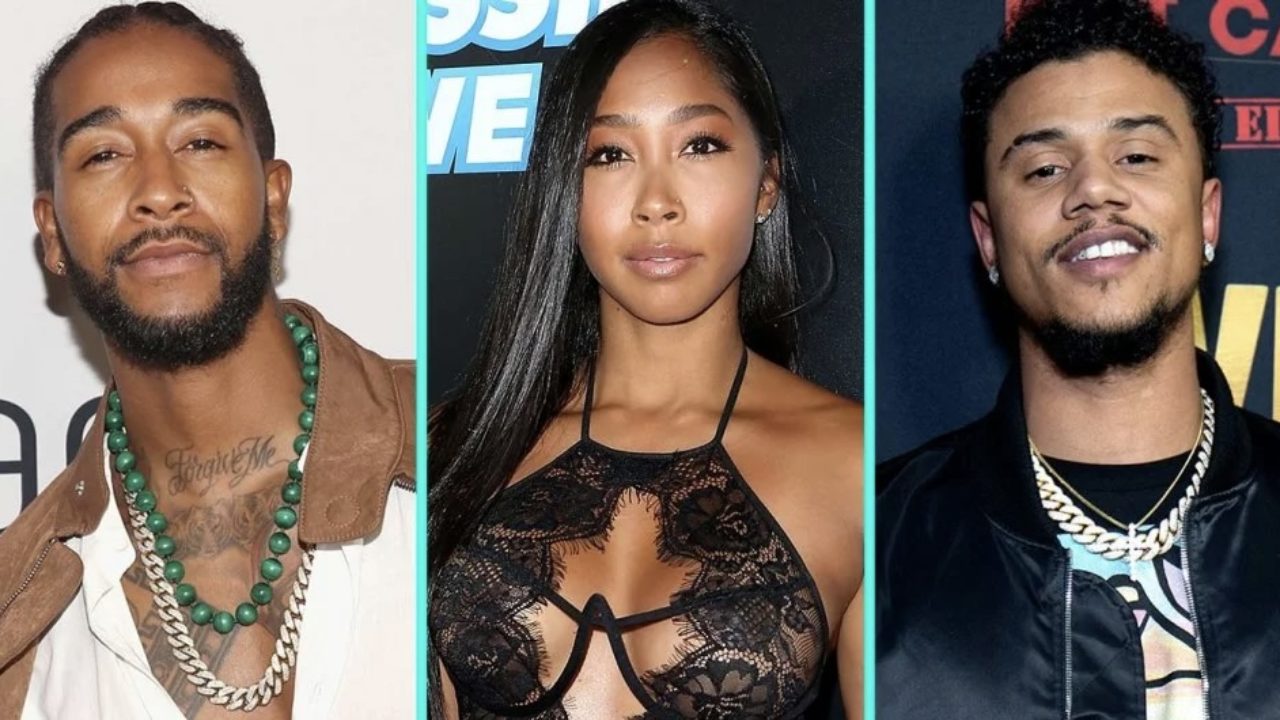 I mean, if someone who was supposed to be like a ‘brother’ to me dated my baby mother, instead of getting on stage to sing ‘Bump, Bump, Bump’ we would’ve had to “thump, thump, thump” but alas, Omarion is a much better man than me.

There was friction within the members of B2K in the past few years. While the early 2000s boyband were attempting to make a triumphant return to the stage to bank off of nostalgia, Lil Fizz and Omarion had their own issues to sort through. Fizz began dating Apryl Jones, who shares a child with Omarion. As you could imagine, things got a little bit awkward.

The couple has since called it quits after making their relationship known to the world. And of course, this meant that Omarion really deserved an apology from Little Fizzle Pop.

Following an incredibly successful run in 2019, The Millenium Tour made its post-pandemic return with Omarion serving as the tour’s co-headliner without B2K. The first show took place in Los Angeles last night where Omarion was joined by Fizz. The two made amends publicly with the latter making a public apology for any “turmoil or dysfunction” caused during his relationship with Jones.

“I don’t think it would be right if I didn’t take this moment, bro, to publicly apologize to you,” said Fizz to enormous applause from the crowd before owning up to his actions.”I did some fucked up shit to my brother and I’m not proud of it, man.”

“So I want to say here humbly and sincerely apologize to you for any type of dysfunction I caused between you and your family,” he said.

The two hugged it out on stage in front of the crowd, so it seems that all is good between the two now while Apryl has supposedly taken her thotivities over to none other than Dr. Dre. Check the clip out below and sound off with your thoughts. Could you forgive something like this?

Omarion really accepted Lil Fizz’s apology for sleeping with his baby moms, Apryl Jones. Ain’t that much forgiveness in the world.

Yea Fizz apologizing to Omarion on stage…that apology wouldn't have meant shit to me. No need to apologize now. We can get this money but you've crossed a barrier you can't come back across.

i need that omarion level of maturity because whew! fizz would of caught hands on that stage 😭

Omarion can forgive but we don’t Fizz you’re a whole snake out here. Oh now he is your brother 🙄 if you are broke af just say that cause don’t nobody come fo see you Otis , you need #Omarion I hope that Cooch was worth you forever being a 🤡 pic.twitter.com/z1zTKNyt9k