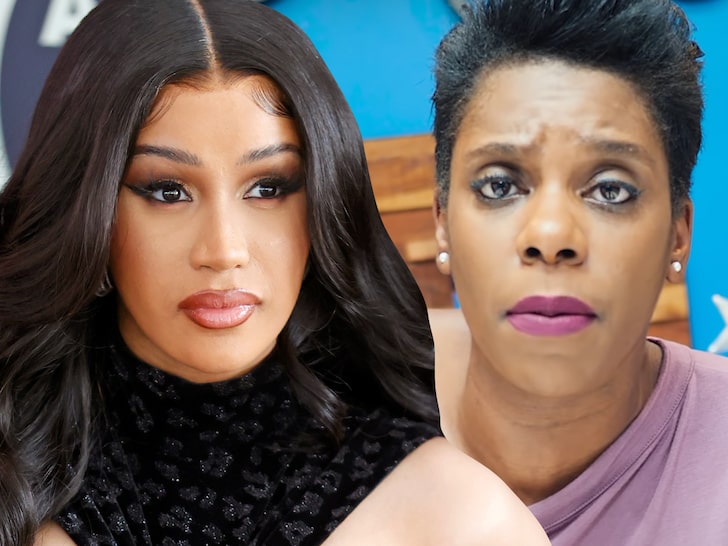 A wise woman once said, you never win when you play dirty. Woody Woodpecker sat up on her little YouTube channel and kept pecking on that wood and now the tree is officially about to come tumbling down on her head.

In case you didn’t believe it before, we are now here to confirm. This little “wino” has officially (excuse my language), f*cked up. It appears karma is definitely making it’s way to pull up on YouTuber Tasha K due to the lengths she’s decided to take in effort to harass, taunt, and defame Cardi B in her videos, whilst yelling anything at the top of her lungs and labeling the faulty information as “exclusives.” For those unfamiliar, Tasha is pretty much the on camera equivalent of Mediatakeout, basically putting out information on her platform regardless of how true it may be, with one goal in mind, clicks and views. This came to a head in 2019 when the YouTube personality made some pretty serious allegations against the Cardi without providing any proof to back her claims, per usual. This led to the two taking things to the court of law with lengthy trial over the last few weeks.

Things came to a head last week in the court room when Bardi revealed that the disparaging posts Tasha had made, which alleged Cardi had contracted herpes and abused drugs, among other disgusting comments, caused her to suffer from depression and suicidal thoughts. “I felt defeated and depressed and I didn’t want to sleep with my husband,” Cardi admitted to the Judge. “I felt like I didn’t deserve my kid.” Also during the trial a reportedly very shaken and timid Tasha (contrary to the tough role she plays on her channel) admitted to several things that obviously didn’t help her case including the fact that she will indeed report a story for clicks, views, and income even if she knows it isn’t true.

Now, while the latest update in the case won’t necessarily undo Tasha’s disgusting activity, Cardi can at least feel vindicated knowing that justice is being served. After closing arguments early this morning (1/24/22) the jury began a four hour deliberation, the jury came back with a unanimous verdict in favor of Cardi B in regards to the defamation claim, false light claim, and intentional infliction of emotional distress. The jury also found that Tasha would be held liable for damages including $1 million, in addition to $250,000 in medical expenses, and also determined that Cardi would be entitled to punitive damages and fees and costs where she could recoup her attorney fees, those two issues will be decided on tomorrow where an official decision will be made on the amount of those damages after both sides present arguments. So in a nutshell, Cardi could be looking upwards at 2-3 million dollars or more depending on final decisions tomorrow.

The insane part about all of this is that it could have easily ended with Tasha K taking down the videos and offering an apology to Cardi, however she wanted to be headstrong and like a clown and now the clown is coming back to bite. We’ll provide more on this as it comes in. Thoughts? Wine, anyone?