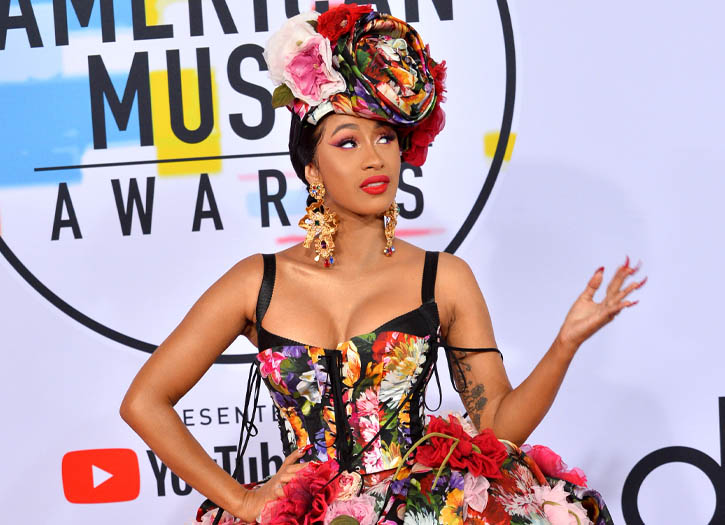 When you really think about it… this is the perfect gig for Bardi. She’s definitely going to keep us laughing and entertained all night, it gives her a chance to hit the stage on another major awards show, and can we talk about the multiple looks she’s guaranteed to serve? Girl, don’t get me started. This is going to be lit.

One thing about our girl Cardi B, is from the moment that she was introduced to the world she won folks over with her genuine personality. As she ascended to becoming on of the biggest rapper’s in music, Bardi has continued to capture the hearts of many just being her true, authentic, and goofy self. So it only makes sense that her next money move sees her taking on the stage in a bit of a different light than what she has in the past… because later this month fans get to see her serve as the hostess with the mostest.

Cardi announced today that she’s set to host the 2021 American Music Awards when it airs live from the Microsoft Theater in Los Angeles on Sunday, Nov. 21, at 8 p.m. EST/PST on ABC. The show has previously been hosted by other stars such as Ciara, Jennifer Lopez, Eddie Murphy, Jimmy Kimmel, Britney Spears, LL Cool J, and many more, so as a five-time AMA winner herself who (fun fact) made history, becoming the first female rapper to win Favorite Hip-Hop Song twice in 2018 and 2020….Who better than Bardi to be the next up to grab the mic?

“When I received the invite to host the AMAs, I was so excited,” Cardi B said in a statement. “I’m ready to bring my personality to the AMAs stage! Thank you to Jesse Collins, ABC and MRC for making this happen.”

“We are immensely excited to have the dynamic Cardi B bring her infectious energy to the American Music Awards as a first-time host,” added executive producer Jesse Collins. “She will excite the viewers, push the limits and deliver a show that will be remembered forever!”