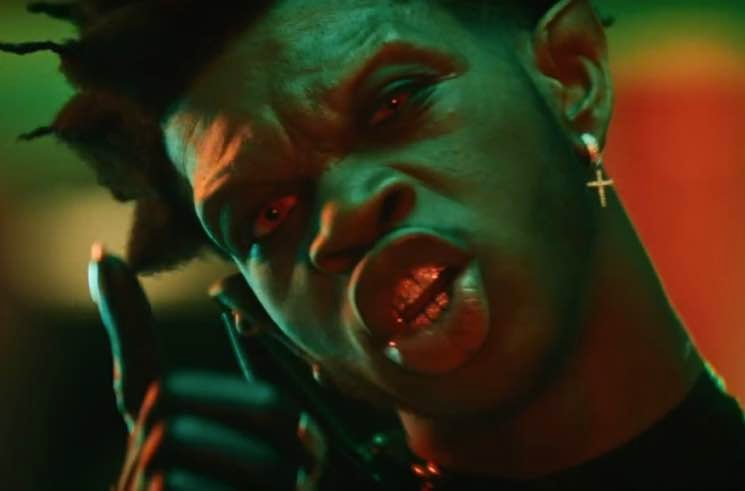 In “Old Town Road,” Lil Nas X became a cowboy. For “Panini,” he graced a hyper-futuristic wonderland. With “Rodeo,” he’s teaming up with the man he copped his moniker from to deliver vampiric vibes, biting into our necks with another flashy music video.

In what’s becoming a huge part of his overall appeal, Lil Nas X has delivered yet another solid visual offering for “Rodeo,” a song off his ‘7’ project. During his performance at the Grammy Awards, X shocked his fans by bringing out one of rap’s most respected characters, Nas, to debut the remix to “Rodeo.” Contributing to the country-tinged flavor of the song, Nas flexes his track suprisingly complementing the 20-year-old’s style perfectly. He appears in the video as well to perform his portion, which brings Lil Nas X out of character to just vibe out next to the legend. Sometimes, creative direction has to take a backseat to moment-making. This could certainly be looked at as a moment for Lil Nas and Big Nas.

Many fans questioned why our girl Cardi B who was featured on the original song wasn’t apart of the video even suggesting there was an issue between the two. However, Nas quickly shut that down by simply tweeting “i didn’t “kick” cardi off of rodeo. she couldn’t do the video. we cool tho.”

i didn’t “kick” cardi off of rodeo. she couldn’t do the video. we cool tho.

Watch the video below. Let us know if you’re vibing with the new video for “Rodeo.” ISSA BOP OR ISSA FLOP?