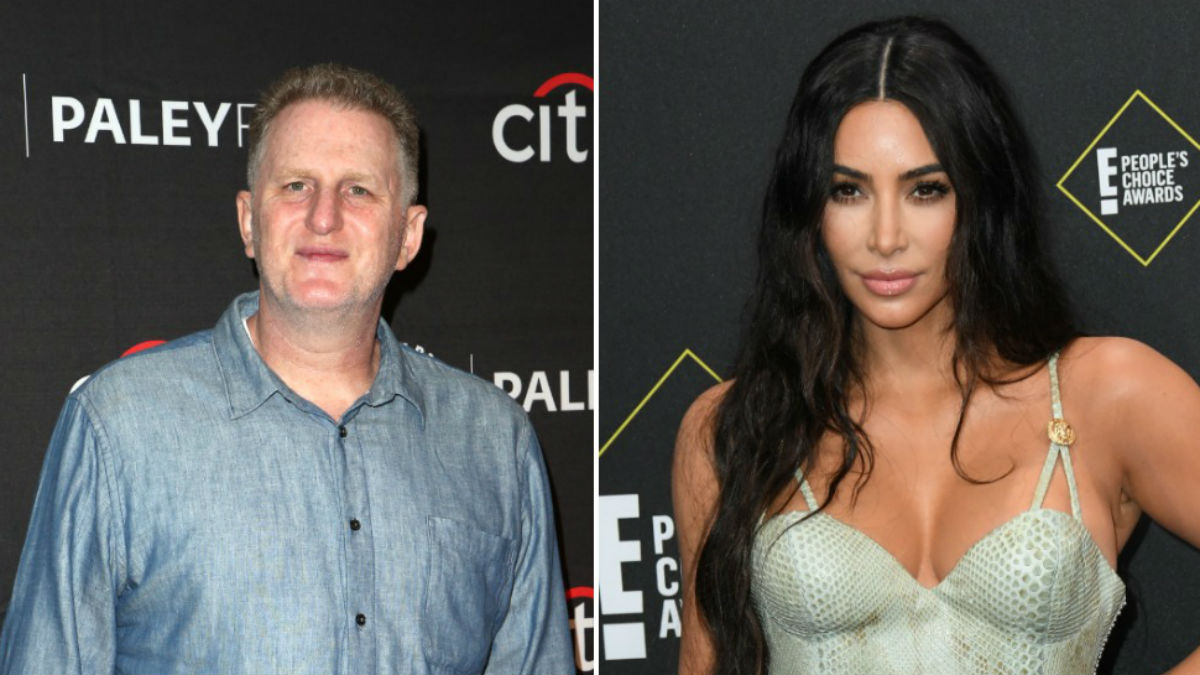 Michael Rapaport is known for his expletive-riddled rants that he shares with social media, and this time he’s taken aim at the “f*cking lunatic Kardashians.”

Kim Kardashian and Taylor Swift were doing just fine on their own with their recent internet spat, but Michael Rapaport just couldn’t hold back on adding his two cents. Recently, the past rift between Kanye West and Swift once again reared its ugly head. The full video of their discussion about his single “Famous” hit the streets, causing Kim and Swift to engage in a war of words on social media.

Kim told the singer “nobody cares” about the controversy any more while Swift, along with her manager, accused the reality star of doctoring previous videos. Soon after, Rapaport shared a video of himself bashing Kim and everything she stands for. “No one cares, okay. Nobody gives a f*ck about this bullsh*t with you and Taylor Swift,” he said. “Or f*cking kooky Kanye and Taylor f*cking Swift—if he never ran up there and took the award from Swifty, we still wouldn’t be talkin’ about it. The only one still talkin’ about it is you.”

The actor then accused Kim of brining this up because “your f*cking show is premiering Thursday.” Rapaport also challenged Kanye to run up on a man the next time he wants to interrupt an award speech. “Do it to the Wu-Tang Clan,” he said. “Or do it to one of those dudes from the Red Hot Chili Peppers. They’ll f*ckin’ dropkick him off the f*cking stage. F*cking lunatic Kardashians.” Watch the clip below. Do you agree with Rapaport or should he just continue to mind his own quarantine?

#MichaelRapaport is known for interjecting himself in pop culture and today he did just that, by defending #TaylorSwift against #KimKardashian and #KanyeWest. _ Unless you've been under a rock, you know Kanye West and Taylor Swift have had a feud that dates back to more than a decade ago. Recently, a conversation between the two leaked. _ While speaking, Kanye and Taylor are discussing a song he references her in and it allegedly appears he asks her for permission to put her in his song. _ Well, the singer wasn’t too fond of the video and posted to her IG story saying, “Instead of answering those who are asking how I feel about the video footage that leaked, proving that I was telling the truth the whole time about *that call* (you know, the one that was illegally recorded, that somebody edited and manipulated in order to frame me and put me, my family, and fans through hell for 4 years)…” _ In response, Kim stated in a series of posts, “@taylorswift has chose to reignite an old exchange–that at this point in time feels very self-serving given the suffering millions of real victims are facing right now. I didn’t feel the need to comment a few days ago, and I’m actually really embarrassed and mortified to be doing it right now, but because she continues to speak on it…” _ Welp, Mr. Rapaport took it upon himself to release a lot of his quarantine frustration on Kim Kardashian and obviously mentions Kanye West, while doing so. _ In a curse filled rant, here is a snippet of what he stated, “The only one is still talking about it is you. Do you think we’re dumb? The only reason you’re talking about it is because your show is premiering Thursday, and you’re sub promoting your show without promoting it.” _ This is too much…too much! 😩🤔 (Swipe) . Follow @DoseOf6ix For More. . . . . . . . . . . . #nickiminaj #missyelliott #lilkim #queenlatifah #laurynhill #moneybaggyo #ciara #toronto #kyliecosmetics #youngma #foxybrown #remyma #cardib #boosie #megantheestallion #dababy #lilwayne #hiphop #keepingupwiththekardashians #keepingupwiththekardashian #somethingnewchallenge #switchitupchallenge #kuwtk #lilmama #tydollasign #kourtneykardashian