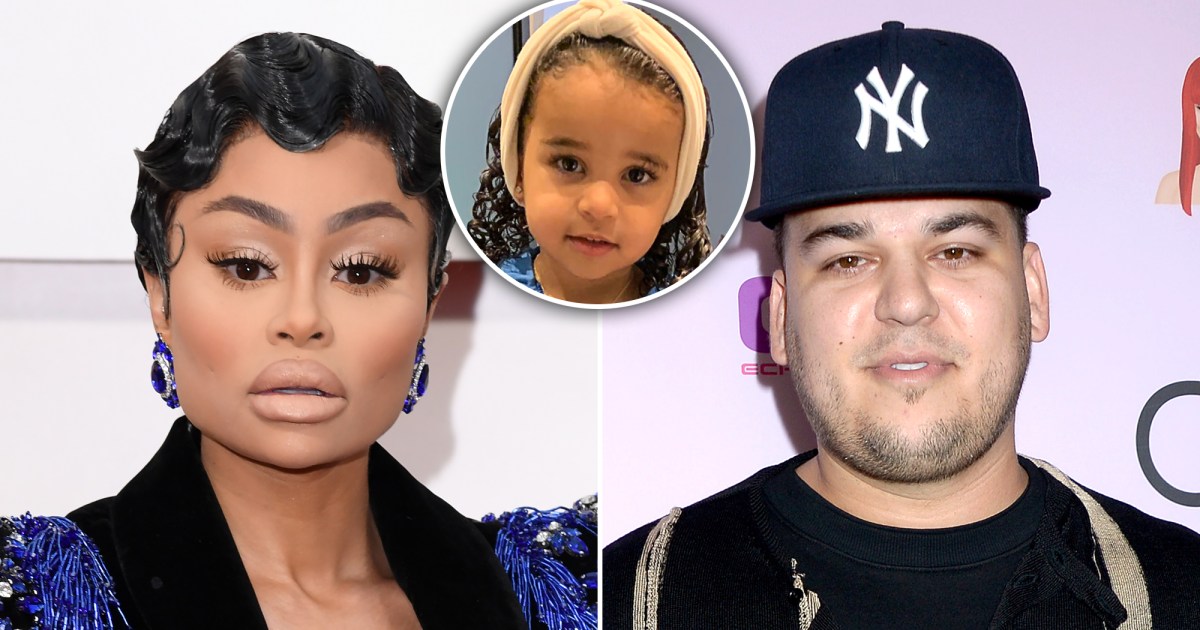 Blac Chyna contacted DCFS about her daughter, Dream, allegedly suffering “severe” burns on separate occasions while in the care of Rob Kardashian.

Blac Chyna involved the Los Angeles Department of Children and Family Services in her family affairs after her 3-year-old daughter, Dream, allegedly suffered “severe” burns while in Dream’s father, Rob Kardashian’s care on more than one occasion. As Chyna and Rob’s fight for custody of Dream in their ongoing legal battle, Chyna has become concerned after Dream was brought to her with yet another burn on her leg after a similar incident last month. Chyna alleges that Dream received a first-degree burn on her leg at the end of February while the toddler was with Rob. “Rob admitted that Dream had received the severe burn at his home and promised it would never happen again,” Chyna’s attorney, Lynne Ciani, said in a statement. “Chyna immediately sought out and obtained appropriate medical treatment for Dream’s burn.” However, earlier this week, Dream allegedly suffered an additional burn in a similar spot.

“Chyna was shocked and extremely upset to discover that Dream had suffered a second severe burn very near the first burn on her leg,” the statement continued. “When Chyna reached out to Rob to find out what had happened to their daughter, Rob initially lied to Chyna and denied that Dream’s second burn happened at his home.” Rob’s former nanny then texted Chyna and admitted that Dream had received that injury, which Chyna later learned was “a second-degree burn,” from a lightbulb while in her care. At that point, Chyna contacted DCFS and the police to launch an investigation. Rob’s former nanny no longer works for him, and Chyna will have to approve the next child care provider he hires. “Chyna will do everything within her power to ensure Dream’s safety during her visitations with her father,” Ciani’s statement read. “Chyna still wants her daughter to be allowed visitations with her father. However, she also of course wants to ensure that Dream is never burned again (or injured by other neglectful conduct) while visiting her father.”

“The health, safety and well-being of Dream is and has always been Rob’s top priority,” Rob’s attorney, Marty Singer, said in response to Ciani’s statement. He goes on to clarify that the former nanny left her job with Rob “at-will” due to her high-risk pregnancy. “Unfortunately Dream has had two accidents in the last month while with this nanny,” Singer admitted. “Rob treated Dream appropriately and Chyna was informed. Following an investigation by the DCFS and the police in which Rob fully cooperated, he has every reason to believe that there will be no findings of any safety issues in his home.” Singer also notes that Dream has been brought to Rob after spending time with Chyna with various undisclosed injuries on numerous occasions. “In his ongoing lawsuit for full custody of Dream, Rob has had grave concerns about his daughter’s safety in Chyna’s care, and is grateful for the brave witnesses who have come forward to testify regarding the danger [with] which Chyna presents their daughter in her home,” the statement read. Singer also criticizes Chyna for wasting “valuable public resources” in a “desperate attempt to smear Rob’s name.” Chyna and Rob were meant to appear in court to continue their custody case on March 24th, but the date has been postponed due to the coronavirus pandemic.