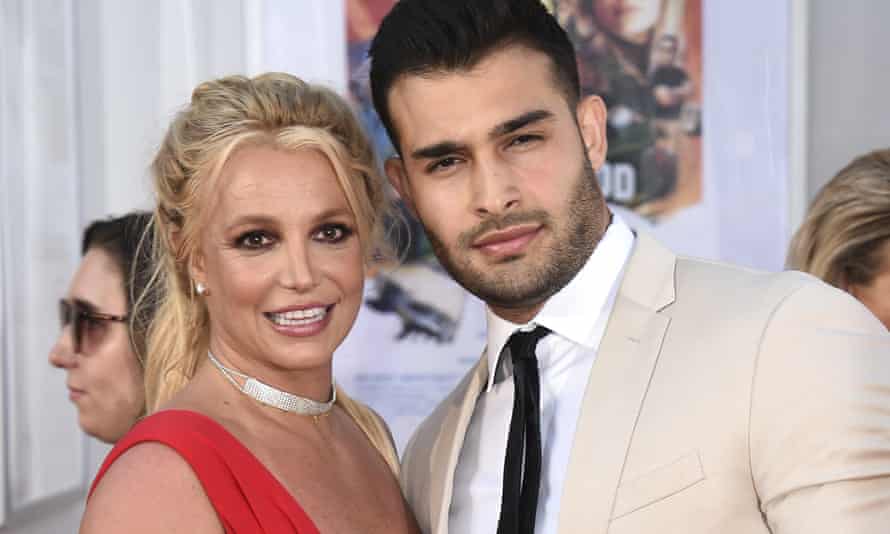 Y’all remember that scene in the “Oops… I Did it Again” video when the astronaut went and brought Britney the diamond from the titanic? That’s how I picture her proposal… because why not?

After watching her fight to end her conservatorship for months now, Britney Spears fans have been eager to hear some good news on the pop star’s front… and well, as she may be steps closer to her freedom it seems she’s moving closer to her own happily ever after as well.

Britney announced her engagement to longtime boyfriend Sam Asghari on Instagram. She posted a reel flashing the ring, and Asghari shared a complementary photo of Spears flipping giving a big ol’ “I’m engaged, eff you dad” middle finger.“The couple made their long-standing relationship official today and are deeply touched by the support, dedication and love expressed to them,” Asghari’s manager told the folks over at Page Six. The ring is custom, and is engraved with Asghari’s nickname for Spears, “Lioness.”

The couple began dating five years ago, after meeting on the set of Spears’s “Slumber Party” music video. During Britney’s testimony this summer, she discussed wanting to get married and have a child. She stated that she could not even go for a drive with Asghari under the conservatorship, let alone get her IUD out in order to have another child. “I want to get married and have a baby. I was told right now in the conservatorship that I’m not able to get married or have a baby,” she said. “I have an [IUD] inside my body right now, but I wanna get pregnant. I want it taken out so I can start trying to have another baby. But this so-called team won’t let me go to the doctor to take it out because they don’t want me to have any more children.” N

ow Jamie Spears is requesting to end the conservatorship, and Britney is engaged. There may be some light at the end of the tunnel, folks. 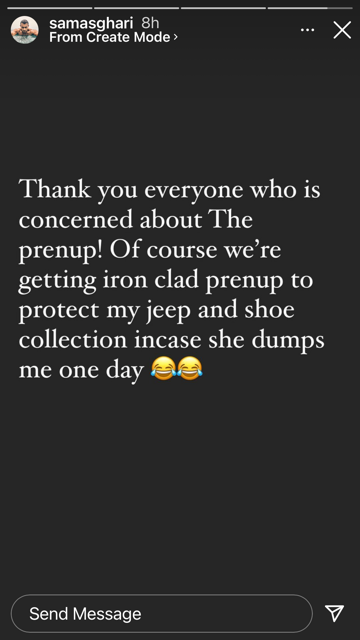 Okay Britney, I see what you did there. pic.twitter.com/7AKoOxEejP