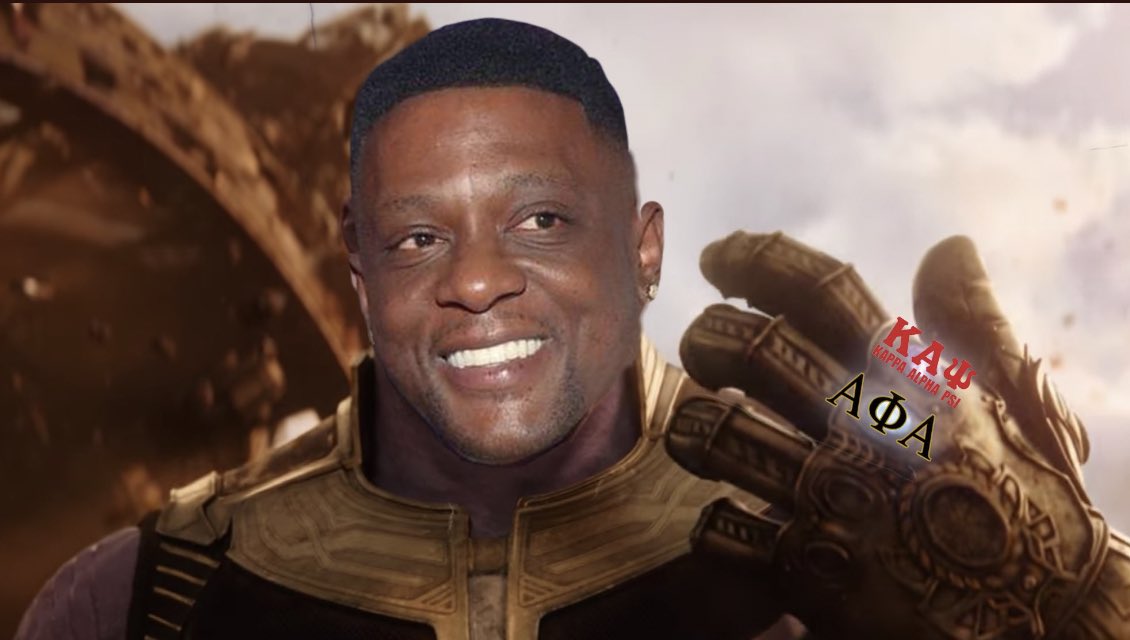 Boosie is back in some drama and for the first time in what sees like forever.. it does not involve Lil Nas X or the LGBT. One thing we all should know about these sororities and fraternities by now, is they do not play about their paraphernalia. Well, apparently Boosie didn’t get that memo.

So a couple weeks ago you all may remember when the Alpha Kappa Alpha sorority were all types of offended about Amada Seales character on Issa Rae’s show ‘Insecure’ wearing AKA colors and claiming to be apart of the organization. Now I’ll be honest, Seales was playing a character who was meant to be apart of that and was portrayed in a purely positive light… so I felt that one may have been a bit of a reach. However, when you have someone like Boosie donning your things, I think I may understand that one.

Boosie is catching heat from the Alpha Phi Alpha Fraternity after sharing a video of himself wearing a jacket bearing the group’s name despite not being a member. As mentioned previously, Fraternity members consider this to be a serious offense. “Check this out, and I know I look good in this jacket,” Boosie says in the clip while showing off his outfit. “Remind me of the great Dr. Martin Luther King. I need whoever do the best stroll with this jacket, we gon have an award for y’all. Y’all go do the Run It Up challenge, and it’s big, bro.”

Shortly after, members of the fraternity expressed their displeasure with the rapper’s actions on social media.

This isn’t the first time Boosie has run into trouble with a fraternity. Last year, he made the similar mistake of wearing a Kappa Alpha Psi Fraternity sweater, for which he was called out again.“I apologize to ’em, but I need some [apologies] too because they talking ’bout they shed blood for this,” he said at the time in response to the backlash. “They got people in my DMs talking like they built like me. Like they talking gangsta. I’m like bruh, it ain’t that serious. I don’t wanna do nothing witchu. My bad, dawg.”

Check out Boosie’s video as well as some of the responses below and let us know what you think. Was the rapper wrong for this or are folks overreacting?

Ok Alphas do NOT engage that nigga boosie… you will give him what he wants… attention and then you will give that bullshit life.. do not repost it and don't comment.. ignore him like the child he is..
Fraternally, Fall 01 #December4th #AlphaPhiAlpha

How Boosie get an Alpha line jacket??? pic.twitter.com/vQQr549BlZ

So Boosie wearing Alpha paraphernalia and not being associated with them is where u lots are drawing the line with him. Not him having his underage boys get molested by a grown woman, not his odd homophobic rants and countless of other derogatory behaviors… but this ? pic.twitter.com/8jngiD4oSI

The girls were pressed about Tiffany wearing the Shield on a TV show, but are mute about Boosie wearing Alpha and Kappa paraphernalia IRL?

Boosie having Alpha para just lets me truly believe this man thinks he’s Thanos with some infinity stones, bc how tf and why tf do you have that!

Ok, Boosie ass has to be STOPPED pic.twitter.com/KdwC0MzXzX