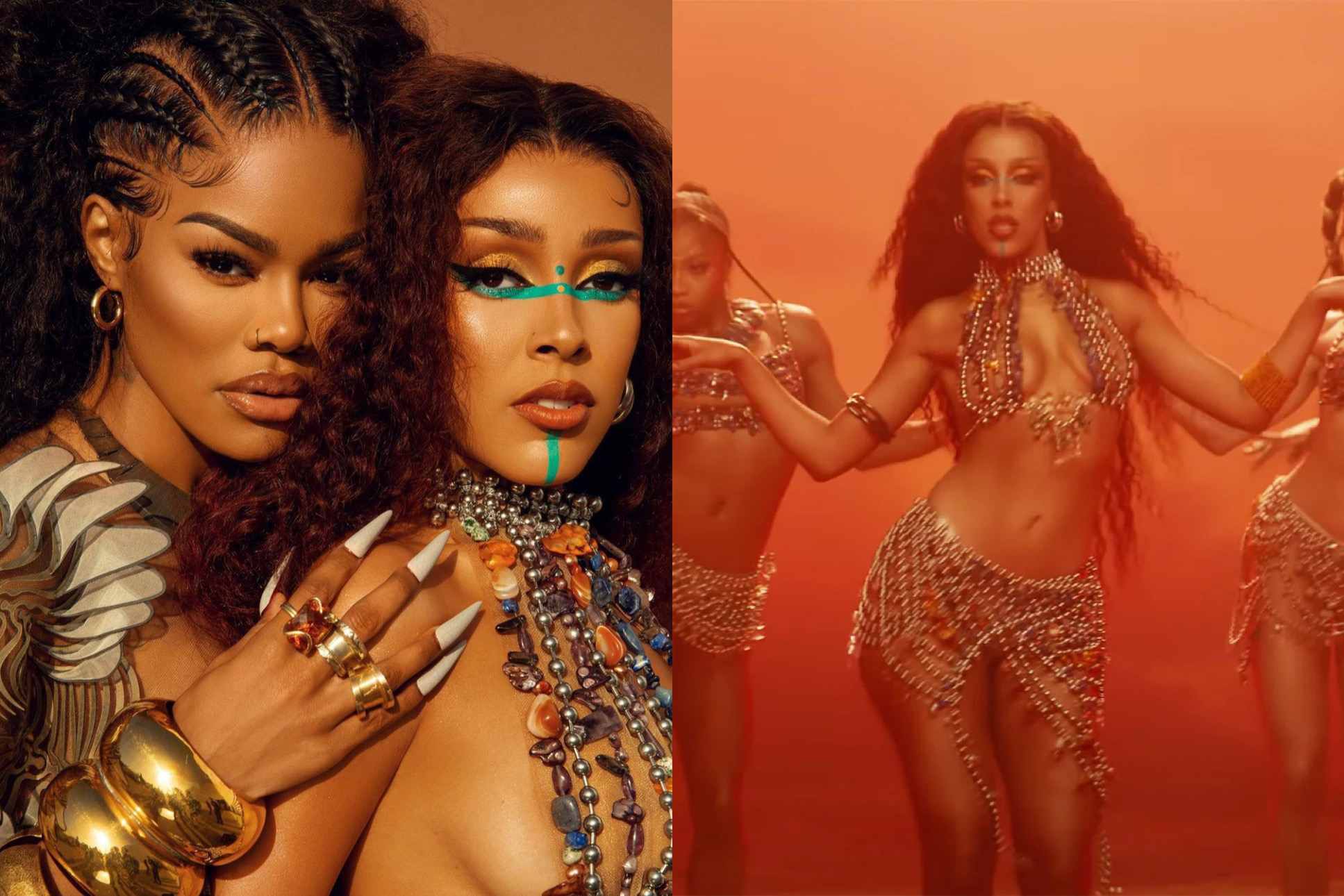 I’ll tell you what, it’s not the R&B categories they keep putting her in..but Dorihsha Kitty did what she needed to do with this one. Doja also brings Teyana Taylor along for the ride for somewhat of a ‘Remember the Time’-esque visual that’s actually really impressive.

Whether you’re a fan or not, you’ve got to admit that Doja Cat has been on a roll this year! The 26-year-old took home three American Music Awards last month, earned an impressive eight Grammy nominations for her efforts on Planet Her, and now, she’s back with new music video for the latest single to be lifted from the project, “Woman.”

‘Woman’ is an afro-carribean-inspired uptempo little number, produced by Doja’s longtime collaborator Yeti Beats and Linden Jay. It’s a feel-good, body-moving record that finds Doja embodying and championing all aspects of womanhood, with a chant-like chorus that is undeniably catchy. The video sees plenty of strong female representation to go along with the song’s theme as it was directed by child. (Janelle Monáe, H.E.R.), and opens with Teyana Taylor playing an intergalactic queen, who is warned of an imminent threat to her throne. She then calls on Doja, who seduces her before wowing with her choreographed dance moves. Model Guetcha also makes a cameo.

Doja Cat has partnered with Girls Who Code to create DojaCode, an interactive music video experience for “Woman,” which allows fans to unlock exclusive content by using code.

“Woman” is the latest song off Planet Her to receive a visual following “Kiss Me More” with SZA and “You Right” featuring The Weeknd. Take a look at the video below and let us know what you think. ISSA BOP OR ISSA FLOP?