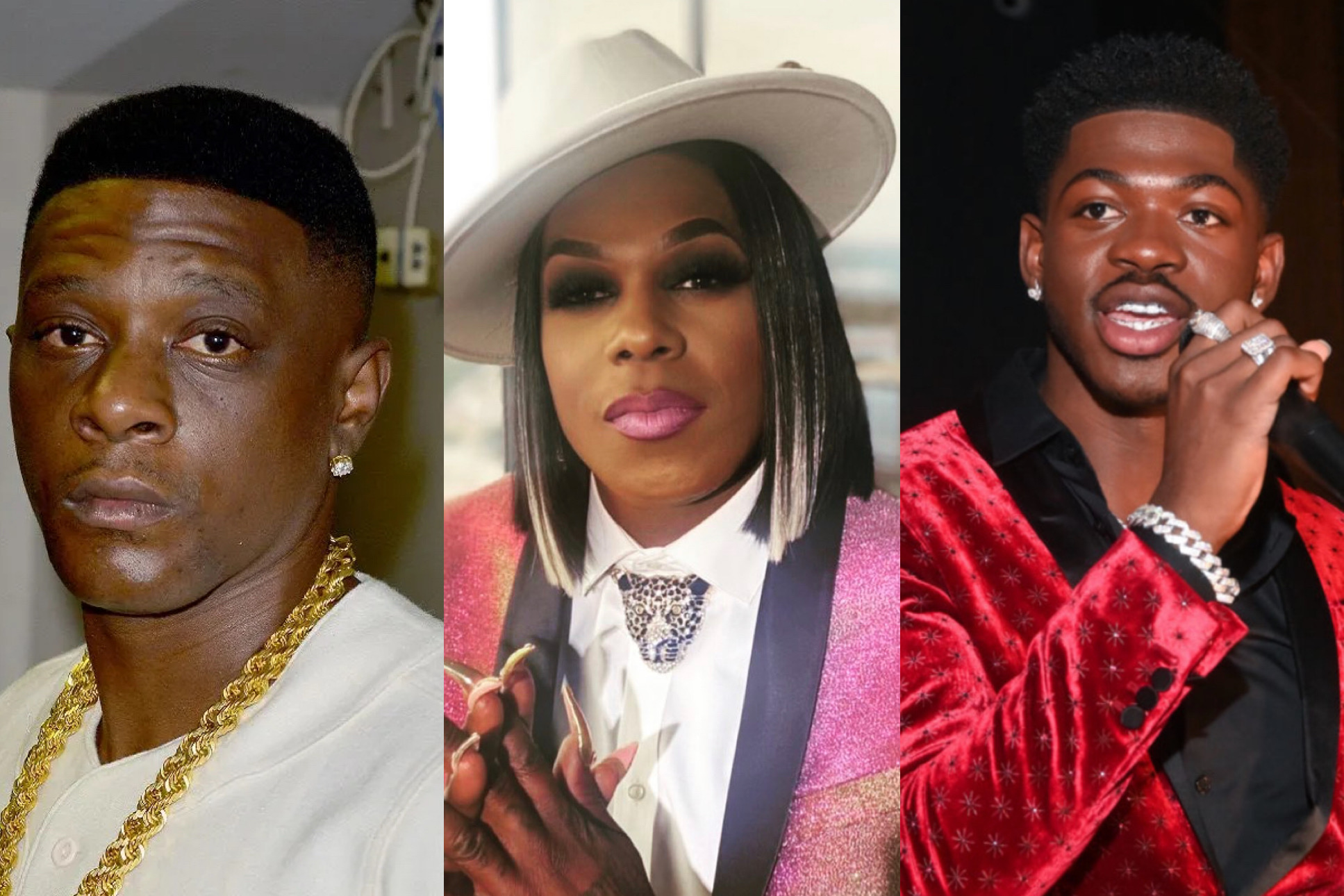 Freedia’s comments are interesting considering Boosie has went on several homophobic rants and made a ton of ignorant statements directed at LGBTQ community other and his lack of understanding, but maybe she missed those as The Bounce Queen claimed that her Louisiana peer was only targeting Lil Nas X in his rant, not the entirety of the LGBTQIA+ community.

Ms Bussy with her Badazz was once a promising rapper but these days we really just hear about his online antics and ignorant takes on topics which are generally centered about something LGBT-related. While Boosie is generally always given a pass for his behavior due to the unfortunate large amount of individuals in our community who think just like he does, after telling Lil Nas X that he should take his own life, Boosie may have taken it too far as he’s faced an onslaught of backlash. People have been on the rapper’s neck for his homophobic language and there have been thousands of posts, articles, and videos made about his remarks.

However, apparently regardless of what Boosie has previously stated about the LGBTQIA+ community Lil Nas X, Zaya Wade, and more, fellow Louisiana native Big Freedia does not believe that the “They D*kin” rapper is homophobic.

The folks over at TMZ caught up with the Bounce Queen at the Los Angeles International Airport and she said she believes Boosie was targeting Lil Nas X, not the entirety of the LGBTQIA+ community. “You gon’ have those. You gon’ have homophobic people and you know, us as the gay community we have to just keep pushing,” said Freedia. “We can’t let everything and everybody
bother us with they words. We have been fighting forever and we gotta continue to be tough.” She added, “I don’t think Boosie is homophobic, I just think he has a problem with Lil Nas.

Big Freedia mentioned that there are “lots of gay folks” in Boosie’s movie My Struggle, which hopefully she knows doesn’t exactly absolve him of the homophobic title. “He has a whole gay scene in jail where he has like, a lot of the gay guys from Louisiana representin’.” As far as calling Lil Nas X a homophobic slur was concerned, Freedia chalked it up to Boosie being angry.

“When people get upset they say whatever’s on they mind and on they heart. But, they keep trolling each other. It’s wasted energy this going back and forth.”

Watch Big Freedia read through a few unfavorable reactions below and let us know if you agree. I feel like arguing if Boosie is homophobic or not is like arguing that the Klan isn’t racist. It’s literally right in your face, unapologetically and no your homophobia isn’t okay because you decide to mask it as an “opinion”. It costs nothing to mind your business and give everyone respect whether you “understand” who they are or not. Boosie has no reason to “not like” Lil Nas X other than his sexuality, he doesn’t know him and has told us time and time again exactly what his problem is with him.

big freedia really said “boosie not homophobic, he had gay people in his movie” bitch and 🤣, racists had black people in they movie.

I like Big Freedia a lot but she is wrong here

Let’s suppose Boosie did just have a problem with ONLY lil nas x. Nothing he said was okay even in that case. So this is a weak take. https://t.co/dRd3lxuvOB

So did we forget he attacked Dwayne Wades daughter too and Big Freedia you cappin for Boosie but guess what he doesn’t like you either and would tell you the same shit he told LNX but y’all keep cappin for this creep that community is weird y’all don’t support your own I see https://t.co/VRCK7QRdNf

Why is Big Freedia capping for boosie? That’s actually terrifying

I’m really wrestling with this Big Freedia defending Boosie like it was really just Lil Nas X when he didn’t the same thing to Zaya Wade .. pic.twitter.com/30Um5qIAPA

Big Freedia definitely had some gin in the system. Freedia is a gay man & openly took up for a homophobic man & dressed it up by sayin “ he just has a problem with Lil Nas X “ bby, boosie attacked ALL OF US ! Where have u been