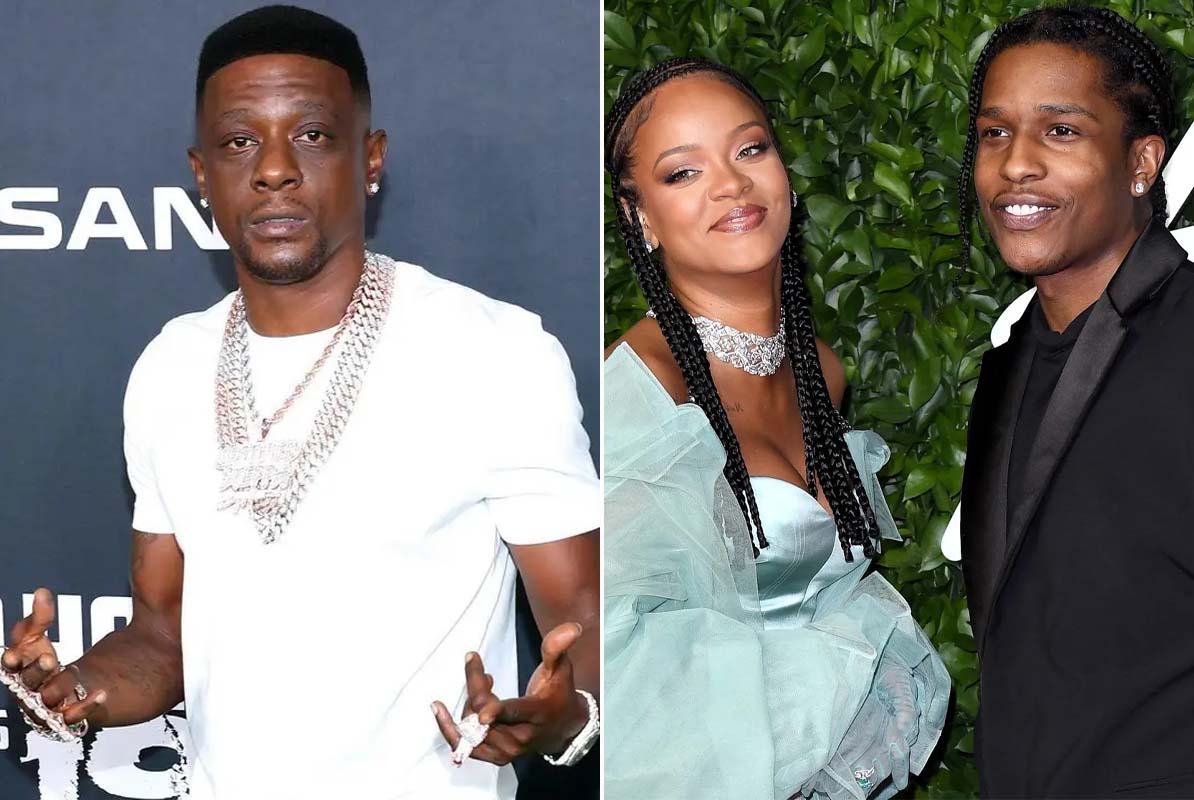 Not sure why they think a baby would keep anyone, especially a billionaire who can take care of herself…but nonetheless, Boosie Badazz and Vlad advised A$AP Rocky to lock up Rihanna by getting her pregnant in a recent interview.

Boosie Badazz is becoming more known for his frequent appearances on VladTV and outlandish commentary than music. Despite any backlash he may receive for his often ignorant takes, the Louisiana rapper remains one of the most outspoken men in the music business, saying whatever comes to his mind and facing the consequences afterward. During his latest interview with Vlad, Boosie was asked about his opinion on A$AP Rocky’s relationship with Rihanna, who he has long pined after. Boosie had nothing but nice things to say about the couple but he went left after the interviewer creepily suggested that A$AP Rocky should impregnate Rihanna.

After Boosie advised A$AP Rocky to “put a ring on it,” DJ Vlad disturbingly suggested that he should instead lock her down by getting her pregnant. “He needs to put a baby in there is really what he needs to do,” said Vlad. “I would have been skeeted in her,” joked Boosie. “I would have took that motherf*cker off. If you got a chance, if you hitting [Rihanna] raw, yeah, you gotta raw-dog her. If you’re in love, I don’t see why they should be wearing protection.”

The misogynistic comments have caused minor amounts of backlash this time around as some fans have spoken out about how truly weird these remarks are. “ASAP if you reading this, TAKE YOUR TIME! If you want to really lock her down, MARRY her! Don’t listen to these idiots,” wrote one person in the comments of the video. “The ideology from these men sucks,” argued another person. “They claim women are trying to trap them into having a baby and then you hear stuff like this so it makes me wonder, who is trapping who?”

Boosie has had a romantic fixation on Rihanna for years. His comments shouldn’t come as much of a surprise. See what he’s previously said about the multi-millionaire here.

Watch the video interview below and let us know your thoughts.

Not Boosie saying "I would been skeeted in her" talking about Rihanna and A$AP. And y'all think niggas don't try to trap women? Tuh!

boosie need to stay off vlad tv . now why he talking about asap need to put a baby in rihanna ?????

Boosie said Rihanna is still his infatuation although she’s with Asap Rocky. I’m like damn Boosie will never stop fantasizing about her. lol 😂

boosie need to stay off vlad tv . now why he talking about asap need to put a baby in rihanna ?????