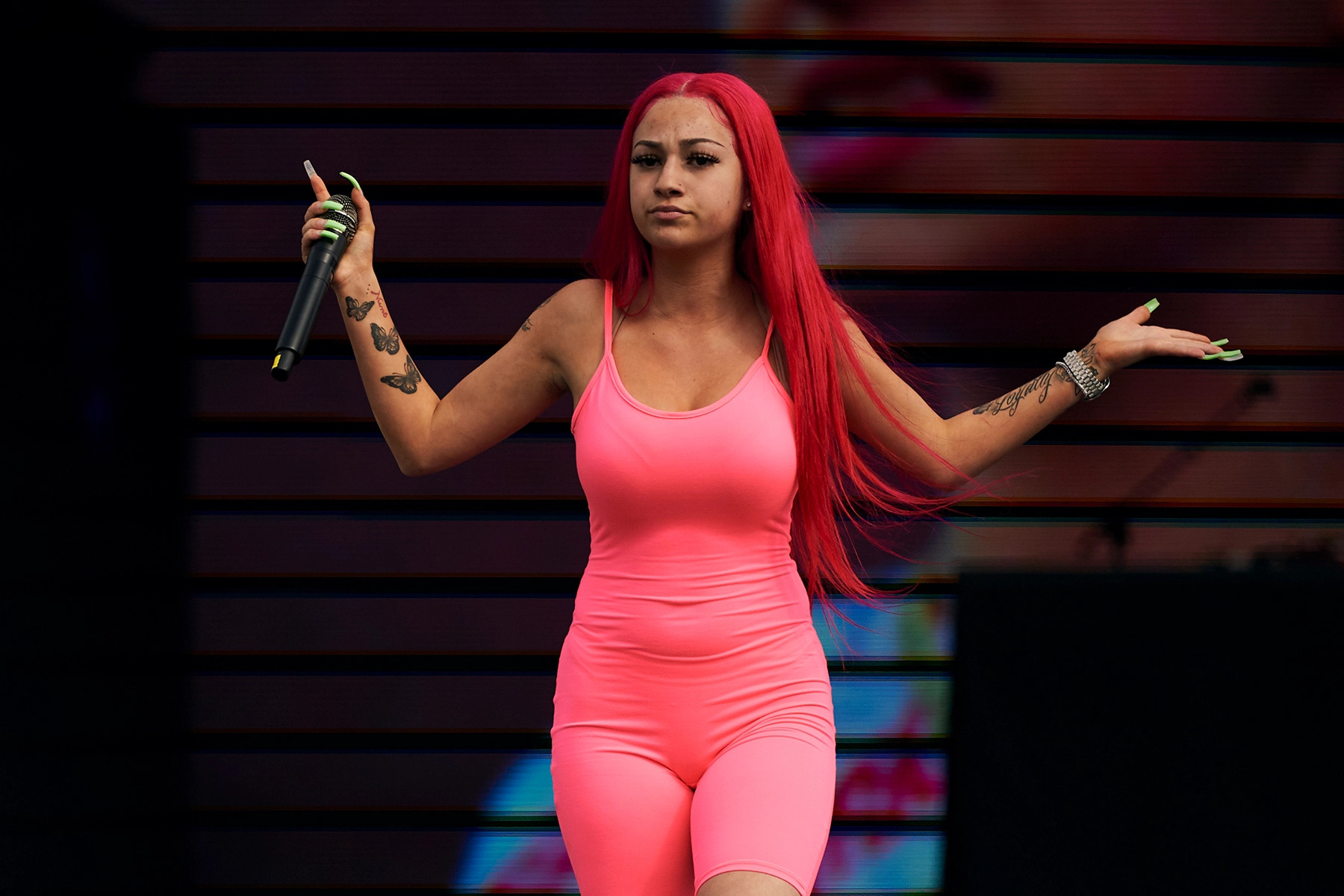 The sad part is as strange as it may sound to many of us that people are really out here subscribing to see this barely-adult girl in suggestive photos, that’s the world that we live in… and apparently Ms “Cash Me Outside” has the receipts to prove it.

Bhad Bhabie has always been known for talking a lot of smack, but at least she can back it up. Last week, the 19-year-old found herself being hit with a lot of hate online after alleging that she scored a $50 million payday thanks to the “work” she’s been putting in over on OnlyFans, which some people found hard to believe.

She didn’t necessarily flex her stacks for no reason; the topic of conversation came up during a recent Instagram Live session when she revealed that she’s tired of being referred to as the “cash me outside” girl.

At the time, Bhabie ranted to her 16.3 million followers about how she’d prefer if people would refer to her as “the Gucci Flip-Flops girl,” the ‘Hi Bitch’ girl, the girl who got a million-dollar makeup deal,” or even, “the girl who made over f**king fifty million dollars on f**king OnlyFans.”

She then posted a video expressing similar sentiments on her TikTok page, prompting more eyebrows to raise about her claims – particularly the last one.

Of course, it didn’t take long for Bregolli to provide some screenshots on Monday, April 25th, allegedly taken of her OnlyFans profile. “Go cry about it b**ch,” she wrote in the comments. “Thanks @scoopagencypartners couldn’t have done it without [you],” she added, showing some love to the team behind her personal brand.

According to the screenshots, Bhabie brought in $53 million gross, with the total net income being nearly $43 million after mandatory fees, which is an impressive flex for a 19-year-old, if it’s all legit… but quite the side eye moment for all those who have been subscribing to the content.

What’s your take on this? Do you believe it?

Bhad Bhabie provides proof of her making almost 53 MILLION dollars from OnlyFans in a year. pic.twitter.com/qnIUNV60yr