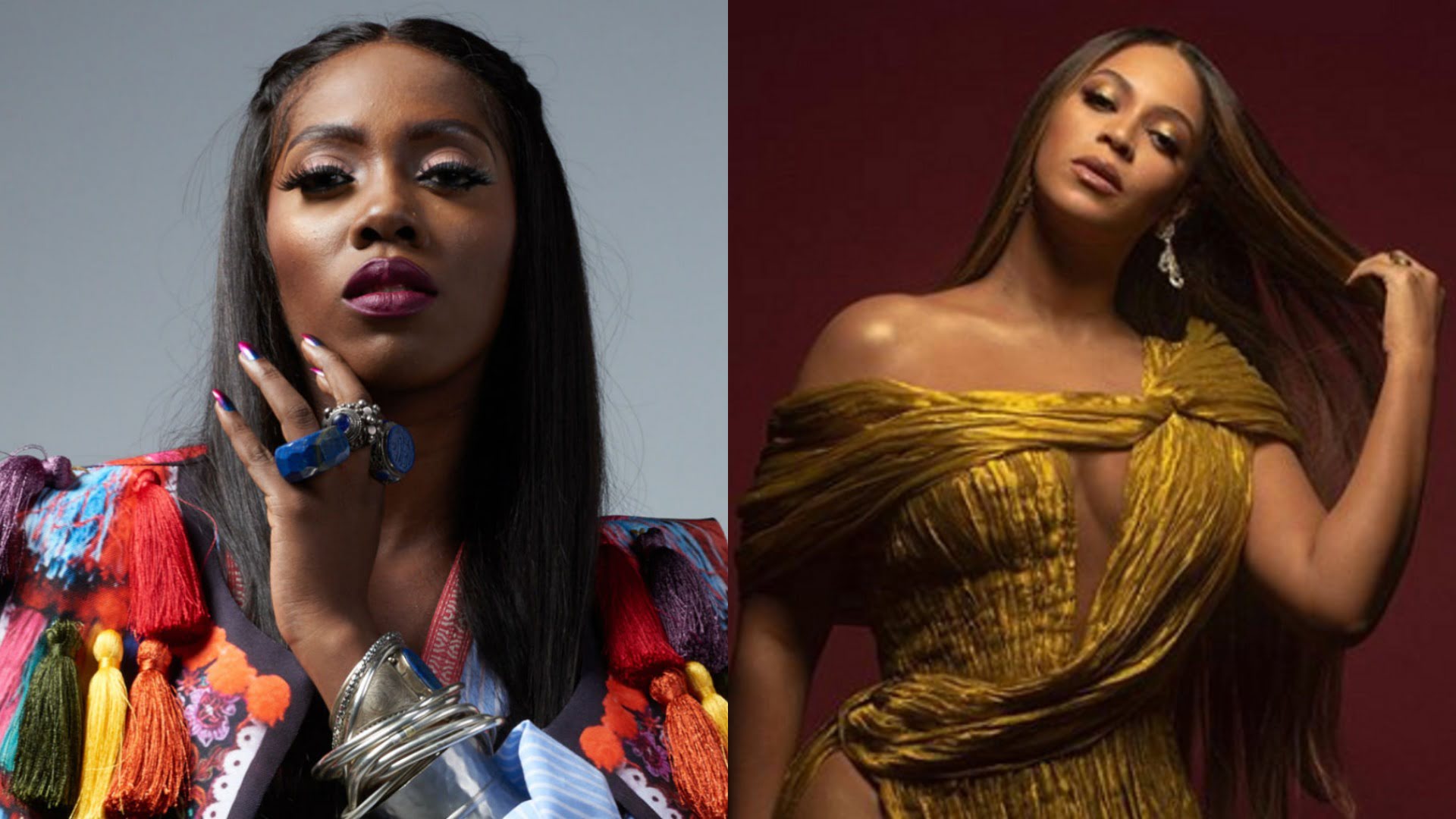 Beyoncé used a number of Nigerian artists and creatives to make “Black is King,” including singer-songwriter Tiwa Savage..and Tiwa is calling for the Queen Bey to take action.

Protests have erupted in Nigeria as citizens are calling for an end to police brutality. The “#EndSARS” movement has been reignited in recent months as Nigerians have taken to the streets to protest against the Special Anti-Robbery Squad, known as SARS. The police squad stands accused of a number of crimes against the public including intimidation, ruthless killings, and crimes against humanity. Nigerian singer and songwriter Tiwa Savage took to Instagram Live to discuss what was happening in her home country and while speaking with her followers, she made a public plea to Beyoncé.

Tiwa Savage, Wizkid, Yemi Alade, and Mr Eazi are all Nigerian artists who were featured on Beyoncé’s acclaimed Black Is King project. “I was involved, recently, in a project that I was so proud of, like as an artist I was so so proud to be called to be among the few people that was involved in this project. It’s called ‘Black Is King: The Gift album,'” Tiwa said. “But I want to use my platform right now to call Beyoncé and the whole team that reached out to a lot of Nigerians. Nigerian artists, Nigerian producers, Nigerian video directors, dancers, creatives.”

“I’m calling on Beyoncé and her team, the same way they used their platform… to elevate and to show the world that Black is King and how beautiful Afrobeat and Africa our culture is,” Tiwa Savage added. “I want them to please use their voice and their platform right because the same country that birth this genre is on fire right now.”

She added that Beyoncé shouldn’t ignore what’s happening in Nigeria and she hopes that the international superstar will use her platform to raise awareness. Watch Tiwa’s video below:

Tiwa Savage calls Beyoncé and her team to lend their voices to the #EndSARS movement.
.@oyogist

Tiwa Savage is levels. See how she mentioned Beyoncé about SARS. B’s the first one to look for “african” artists to support the album but being silent about this issues doesn’t sit right with me at all.

The fact that Tiwa Savage called out Beyonce for not speaking on SARS is epic. She dropped a whole Afrobeats album with African artists and producers which included Nigerians so why not put in the same energy 😫🤷🏾‍♂️

Tiwa Savage drawing out Beyonce takes guts. Real queen 🙌🏾 American's can't just pick up africa for vibes and aesthetics then in time of need; be closing your eyes to the same culture you just profited off….🥴 Naah Bey better respond! 👀

Tiwa Savage is the biggest Beyoncé stan imagine thinking she'd ever "shade" her. If you can't see where she was coming from on that Live then that's okay but don't make her out to be a hater.

I hate the fact that Tiwa Savage keeps making us look less to foreign celebrities…. Why is she pleading for Beyonce's voice on #EndSARS …. The #EndSARS movement went Global without her so why is Tiwa savage begging Beyonce to talk on it? Why the desperate itch for validation?