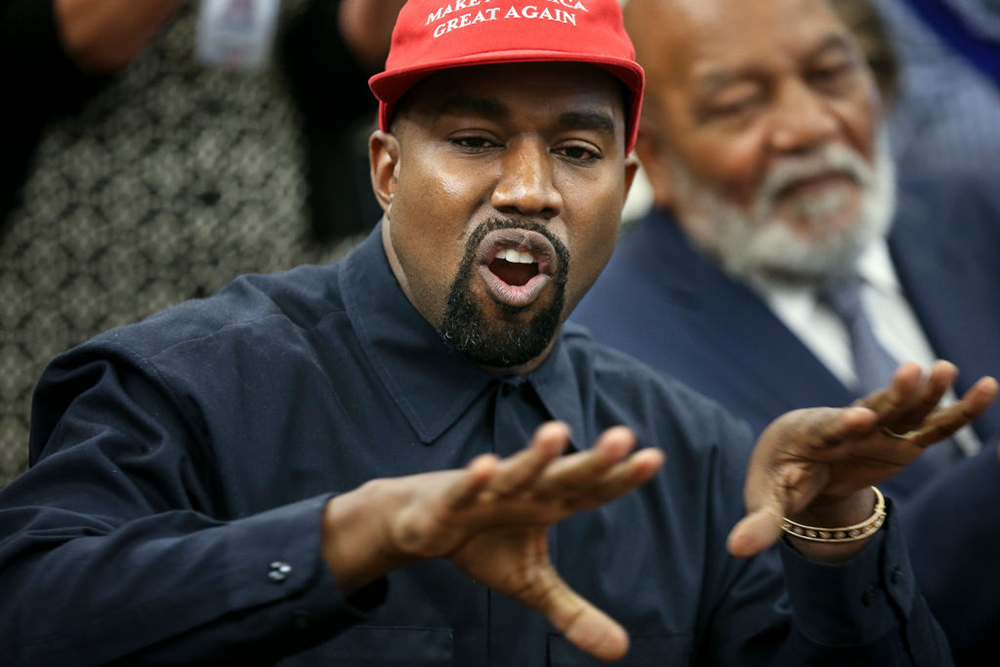 Kanye West’s new song isn’t getting the reception he would have hoped.

Kanye West is considered to be one of the biggest legends in the world of hip-hop. He has numerous classic albums and whenever he teases a release, people get very excited. Over the past couple of years, Kanye has gotten deep into religion which has influenced the direction of his music in ways that fans haven’t exactly been keen on. His album Jesus Is King is perhaps the greatest example of religious takes completely washing over his sound.

Now in the twilight zone, Kanye is running to become the President of the United States, and to promote his efforts, he has released a brand new song called “Nah Nah Nah.” This track contains lines about his campaign and how he is not doing this as a joke like some people have tried to claim.

“Next time you text, can it wait?/ You are talkin’ to a presidential candidate/ I know you think Obi-Wan gettin’ tired now/ Don’t jump, Anakin, I got the higher ground,” Kanye says on the song.

Unfortunately for Kanye, the reception to the track wasn’t exactly positive. Fans immediately took to social media where they made jokes about the new song and its peculiar sound. Many were upset with Kanye’s direction and noted that he probably should have gone without releasing it.

Sure, these assessments are harsh, but such is life on the internet. After hearing the new song, let us know what you think in the comments below.

Nah Kanye should’ve kept this one in the drafts pic.twitter.com/H9Efxmhlo8

Kanye fans trying to force themselves to like Nah Nah Nah pic.twitter.com/7jagFBOZBr

Me everyday the past few months: Kanye West should go to prison for tampering with the US presidential election

Me now: Kanye West should go to prison for this Nah Nah Nah shit pic.twitter.com/ULThD2a2S5

Kanye fans trying to convince people Nah Nah Nah is actually good and you just need to listen to it 20 more times pic.twitter.com/XH1RdmV2Qh

every time kanye drops anything short of a classic, mfs come running out of the woodwork with that false prophets video🤣

Is that new kanye song good?

You Kanye Klan members told me that song was unfinished pic.twitter.com/BYWA3Tl6Ge