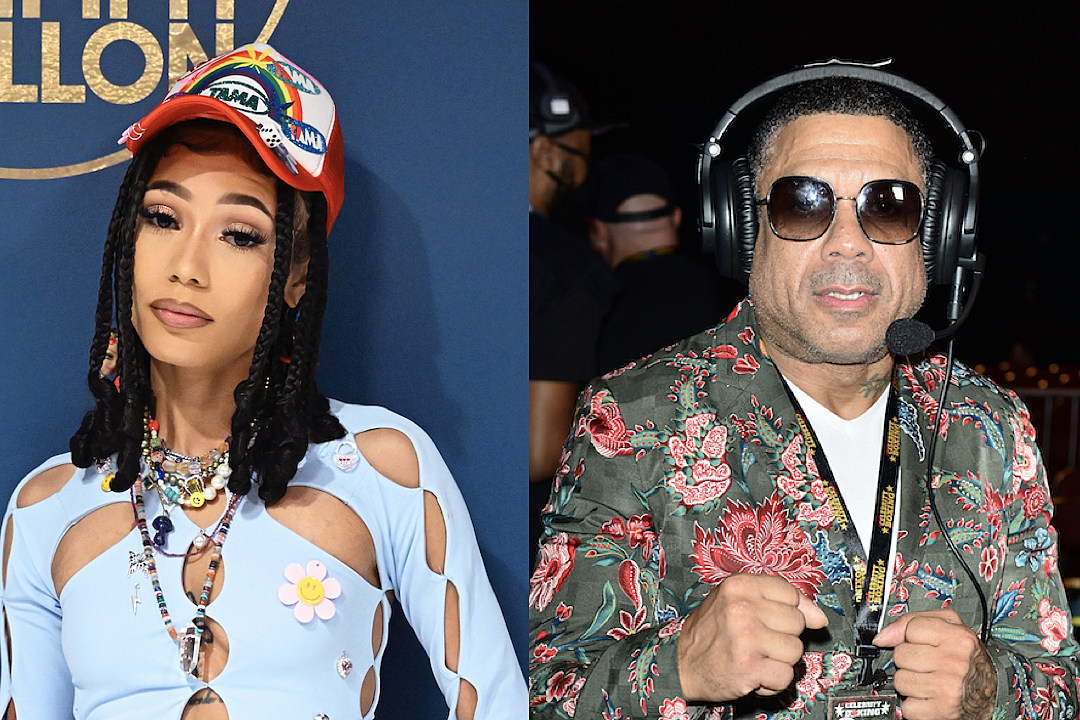 One could probably ask Benzino how do you manage not to have a neck when everyone else does, but that’s not really any of our business either.

Somehow, Benzino has managed to keep his name in the spotlight the past few weeks. From airing the news of his daughter Coi Leray’s collab with Nicki Minaj to sharing his opinion on the Will Smith and Chris Rock incident, the Love & Hip Hop Atlanta star is doing a good job at becoming a trending topic.

However, he might have overdone it this time. The former rapper is in the hot seat after doing an interview with Vlad TV. In the video, the 56-year-old speaks on homosexuality once again. He’s previously spoke out again Lil Nas X and others but this time he had a few questions. “When I grew up in Boston,” he started, “… I didn’t grow up around people who were gay. I rarely seen it.” He went on to say that just as straight people can be great or a**holes, so can gay people.

“I think the biggest thing is, how does somebody become gay?” Immediately after posing his question, he recanted by saying he didn’t want to dive into that subject. Instead, he brought up his daughter’s experience.

While on Instagram live with Nicki Minaj following the release of their joint single, “Blick Blick”, Nicki asked her if she was lesbian. “No, I like d**k,” she responded. The “Super Bass” rapper then asked if she was bisexual, to which she stated, “No, i ate p***y before though, but it just wasn’t for me… I like a man’s touch.”

Benzino used that to defend his argument by saying, “Coi making that statement kind of gives a little clarity to the situation… You think to yourself, ‘Well why did she think that?’ Because there was nobody gay in our family for her to grow up around to be gay.”

Someone should probably educate Benzino that your upbringing doesn’t always determine everything about who you are. I grew up with both parents who are still together to this day. I wasn’t “exposed” to anything “gay” that made me turn out that way. But honestly, I can’t even take Benzino and his forced opinions about the LGBTQ community seriously and I’ll tell y’all exactly why in my next post (with receipts). Watch his the clip from the interview below and let us know what you think in the meantime.