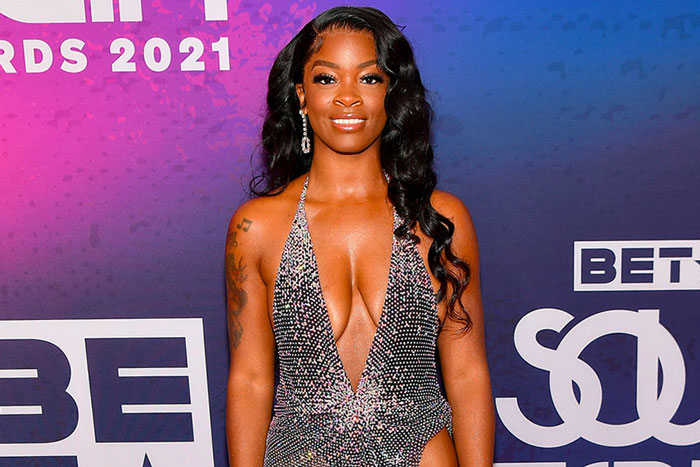 Since she stepped on the scene, you never really hear Ari’s name in anything scandalous or negative as she remains generally unproblematic, so that on top of the unfortunate fact that this type of profiling has been quite common, makes her account of this situation totally believable.

Authorities arrested Ari Lennox on Monday morning at Amsterdam Schiphol airport after she accused the airline staff of racial profiling. Dutch military police said that Lennox was being held in custody for disturbing public order. Lennox tweeted about her arrest this morning after landing in the Netherlands.

“F*** Amsterdam security. They h 8 black people,” she tweeted. “I’m being arrested in Amsterdam for reacting to a woman racially profiling me.”

A rep for the Dutch military police, who also handle airport security, accused Lennox of being aggressive towards airline staff. (Which seems to be one of the go to lines of defense when doing exactly what Ari is accusing them of) They also claimed Lennox was drunk in public.

“Our unit found a woman full of emotions, that wouldn’t calm down,” spokesman Robert van Kapel told Reuters. “That’s why she had to be taken into custody.”

At this point, it’s unclear when Ari Lennox will be released from police custody. As the investigation continues, police officials said that they’re looking into alleged threats made by the Dreamville singer during the incident.

In the moments leading up to the arrest, Ari claimed that it was a staff member from KLM airline that she had issues with. “Racism. Wow Amsterdam I’m horrified. I was so happy to travel and this evil woman… I’ve never experienced racism so blatant,” she wrote.

We’ll keep you posted on any further updates surrounding Ari Lennox’s arrest in the Netherlands. In the meantime let’s just wish her the best.