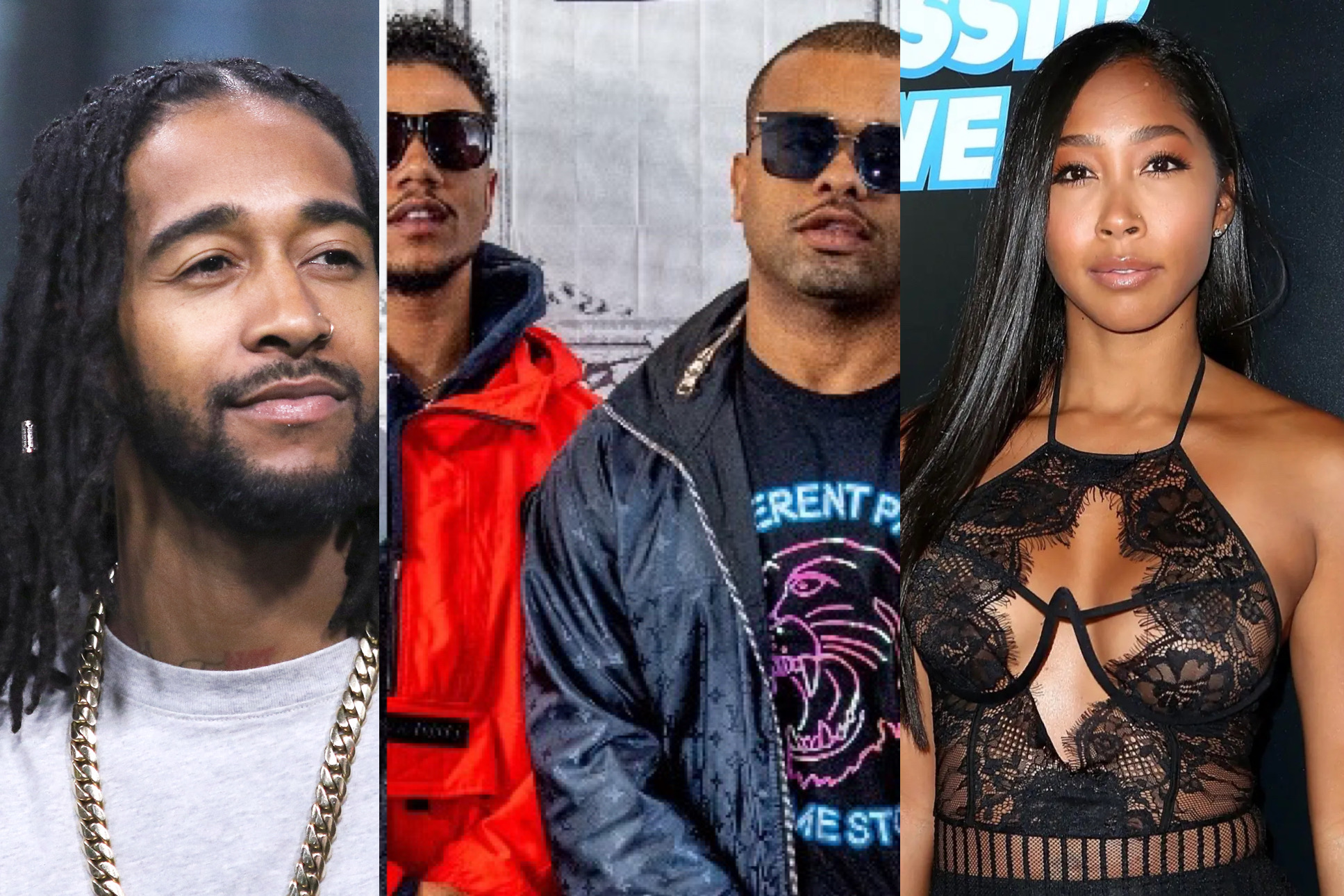 I mean, if someone who was supposed to be like a ‘brother’ to me dated my baby mother, instead of getting on stage to sing ‘Bump, Bump, Bump’ we would’ve had to “thump, thump, thump” but alas, Omarion is a much better man than me and apparently everyone has moved on so…

There was friction within the members of B2K in the past few years. While the early 2000s boyband were attempting to make a triumphant return to the stage to bank off of nostalgia, Lil Fizz and Omarion had their own issues to sort through. Fizz began dating Apryl Jones, who shares two children with Omarion and as you could imagine, things got a little bit awkward.

Fizz and Apryl Jones’s romance has been over for some time, and these days, she’s happily in love with Taye Diggs (which is a whole different topic for another day. However, not everything may be cool for the men involved in the situation if Raz-B’s latest interview is anything to go by.

Raz sat down with VladTV where he discussed many topics regarding his former group mates. Of course, the topic of Apryl and Fizzle Pop’s little trifling affair came up and Raz actually stated that he thinks Apryl would be more “to blame” than Fizz should be.

When questioned by Vlad on why Fizz and April would cause such problems by dating one another when obviously they’d both have other options, Raz replied:

“But even with her, that’s like f*cking with fire, I’ma fault her more than him. You throwing that p**sy around? Like, cute chick, dope body.. that’s a lot of temptation. Then you’re beefing with the dude to? It’s revenge pu**y.”

I don’t think Fizz has been all the way there for quite some time so I’m not going to dwell too much on it but I will say it’s pretty interesting how men immediately jump to making the woman the villain when there’s a man involved who has also participated in a betrayal. Sure, Apryl’s bond to Omarion may have been a bit more current due to them co-parenting but Fizz is someone he grew up with so they both were out of line. Period.

Take a look at what Raz had to say below and let us know if you think he’s speaking facts.