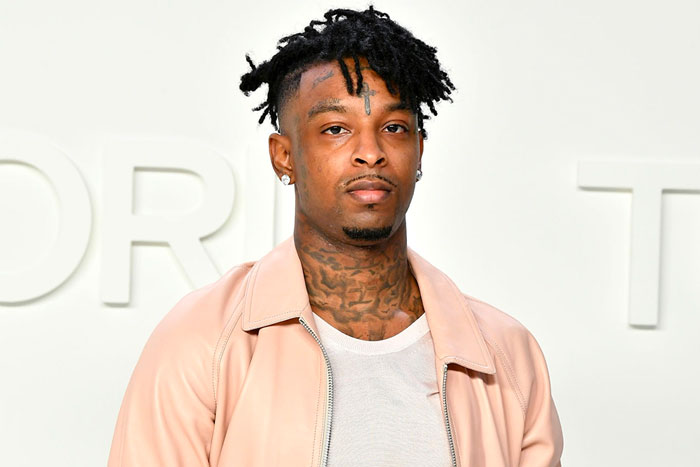 One thing a lot of these men out here are going to have..is the audacity. A man who cheats is doing the conquering, but if a woman cheats on her man, their “whole castle is now like, vulnerable,” according to 21 Savage.

Another clip from 21 Savage’s visit to Million Dollaz Worth of Game has gone viral and it has the rapper facing off with women. We previously reported on Gillie Da Kid addressing 21’s argument with Wack 100 while giving his thoughts on Wack’s relationship with 6ix9ine. On Tuesday (August 31), another clip of the episode centered on the rapper’s thoughts about cheating, and the debates have been unending.

He was asked how many times his heart had been broken and he said once, but that it didn’t mess him up because he was open to the next woman coming in to heal his heart. “That was like, young n*gga sh*t… I got cheated on. I ain’t goin’ for that sh*t now. Cheat on me it’s over with. Never speak to you again in life. Straight up.”

21 Savage said in the past, he tried to forgive and forget, but it didn’t work for him. “Anytime you do something wrong, that sh*t just get you. ‘You was s*ckin’ d*ck’ is just automatically what comes to a n*gga head,” he said as the podcast hosts laughed. “I couldn’t ever look at her the same.” Gillie jumped in to say that women do better with forgiving a man’s infidelities than men do with women. Savage had his own theory as to why that is the case.

“That’s different though, because we conquer women,” he said. “Your girl gon’ look at it like, ‘Okay, my man conquered a woman.’ So it’s like, a n*gga won in the situation. She just got hit but vice versa, you my queen, so if a n*gga conquer you, our whole castle is now like, vulnerable… Once a n*gga get between your legs he can get anything else up out of you. He can know where I live, how I move, our problems we having in the house, what I’m going through in my life.”

The rapper received several co-signs but the ladies were not happy. The Neighborhood Talk shared a portion of the clip and 21 Savage surfaced in the comments. “Where did I say cheating for men was ok ?” he wrote. Readers were quick with their updated responses. Check it out below.

A post shared by MILLION $ WORTH OF GAME (@mworthofgame)