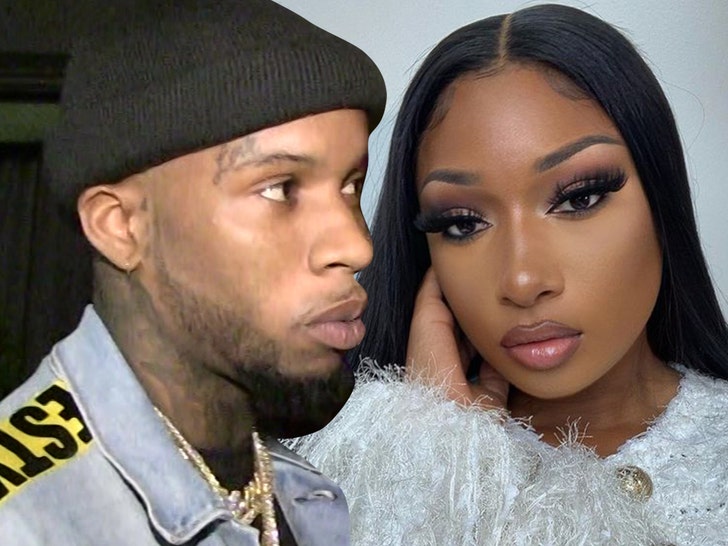 This little leprechaun has entered a plea of not guilty in the Megan Thee Stallion shooting case and we are tired.

It took took the little fella a while to muster up the strength to speak out but, after several months of silence, pint sized rapper Tory Lanez finally provided his side of the story, using it as a full on publicity stunt releasing his controversial album Daystar. The album includes several moments where he proclaims his innocence, even claiming he’s still in love with Megan Thee Stallion, says he has a crush on Kylie Jenner, and more.

Tory has been slowly been trying to creep back into his position behind his pot of gold, starting back his Quarantine Radio live-streams and planning to release three more projects in the coming months. His entire career can be derailed by his legal case though. Today, Tory’s lawyers were in court, entering a not guilty plea in regards to his case surrounding Megan Thee Stallion’s shooting.

His entire career can be derailed by his legal case though. Today, Tory’s lawyers were in court, entering a not guilty plea in regards to his case surrounding Megan Thee Stallion’s shooting.

This news comes just a couple of days ahead of Megan Thee Stallion’s debut album release. The rapper has been teasing the arrival of Good News for much of this year and, in the last week, she revealed the album’s title, cover art, tracklist, and more. There’s a song called “Shots Fired” on the album, which many presume will address the infamous incident back in July.

We’ll keep you updated as the case unravels. Which side do you guys believe?… or are you just tired at this point?