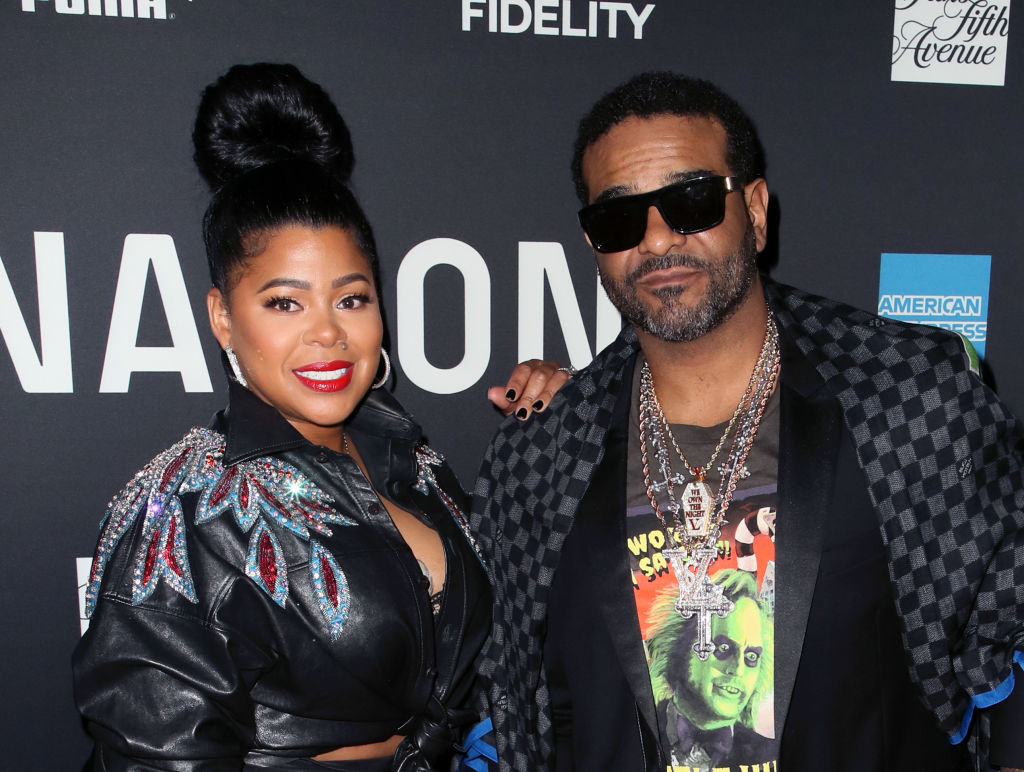 She told critics that there are married couples who don’t have the love that they have for each other.

Their relationship has outlasted many other rap-related romances, but Jim Jones and Chrissy Lampkin continue to catch criticism because they aren’t married. The public began obsessing over the hip hop couple’s personal lives after they were featured on early seasons of Love & Hip Hop, and because their storyline centered on Chrissy’s desire to walk down the aisle, people now constantly hound the pair over their marriage plans. At the top of the year, Chrissy revealed that jumping the broom is no longer a priority for her, although Jim would like to tie the knot someday.

They may not have wedding plans at the moment, but the longlasting love between Jim and Chrissy is real. Recently, Chrissy shared a happily-in-love photo of her and her beloved on Instagram with the Beyoncé-inspired caption, “All I need in this life of sin is me and my boyfriend 👍it works for me ❤️🔪💉💊🚬⚰️😂😂😂😂#HotandSweaty😩🔥.” In the comments, she added, “It works for me !!!!!!!!!” to which Jim Jones added, “Fax u make me look good.”

Even with the lovey-dovey exchange, people jumped in to make fun of Chrissy for still classifying herself as a “girlfriend” after all these years. She set the record straight. “Yeah my boyfriend. motherf*ckers married don’t have what we have but y’all lonely motherf*ckers wouldn’t know nothing about it,” she wrote. “What the f*ck is wrong with y’all that’s lyrics to a song and now you’re trying to make it my life f*ck off I’ll get married win the f*ck I want to.” Check out Chrissy’s most and messages below.

Told yall #ChrissyLampkin and rapper #JimJones were not married! They have rings and an agreement. 🥰 (By: @shaytheselebrity)