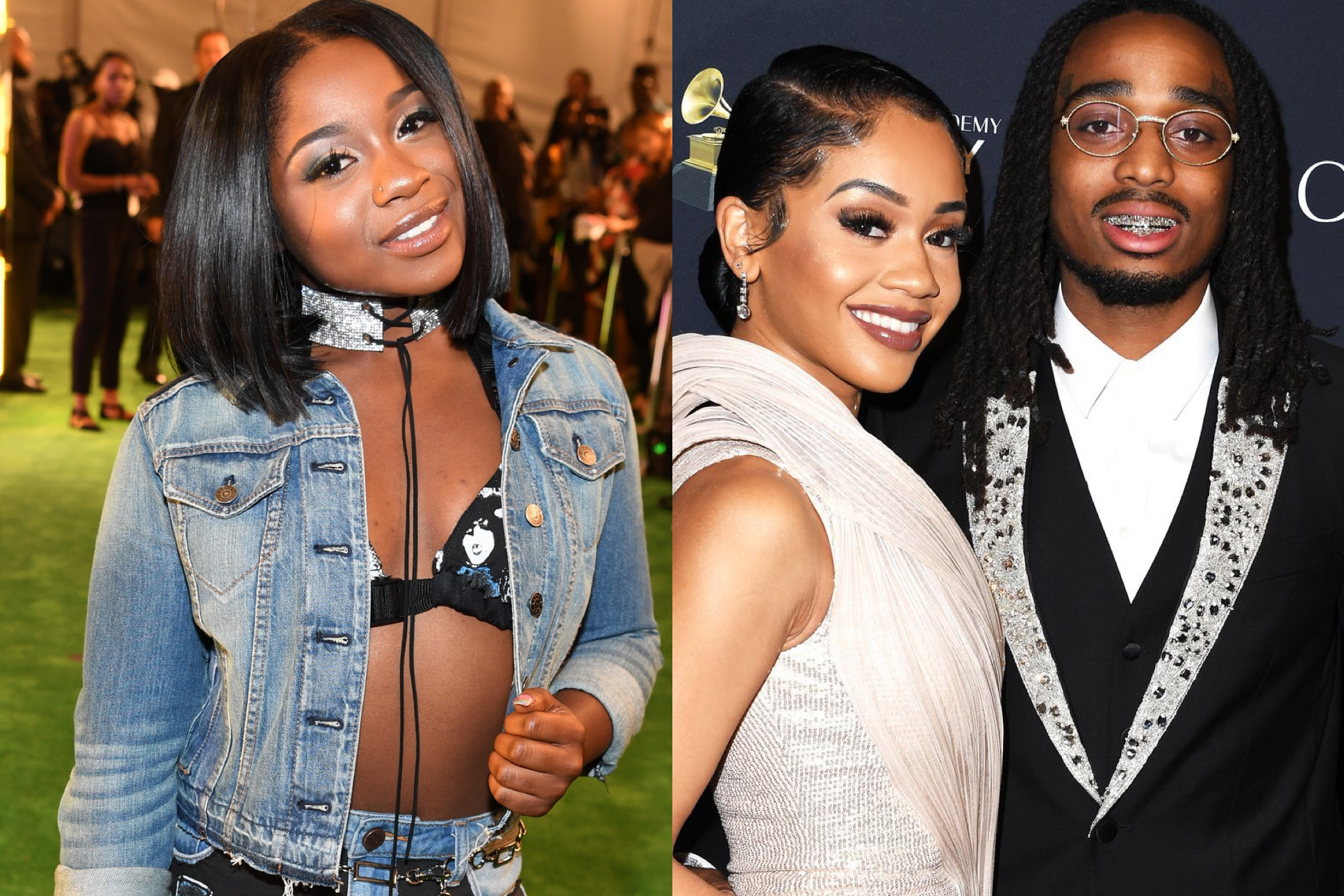 It’s funny how one comment on social media can have the whole internet thinking there’s some sneaky links going on.

Saweetie and Quavo are pretty unproblematic and usually can be found minding their business, however one small trolling comment had folks wondering if there was trouble in paradise for the Icy Girl and Glacier Boy. Last night it seems like everyone and they mama had a virtual seat in ATL’s Magic City as we tuned into Gucci Mane and Jeezy’s Verzuz battle on Instagram live. While half of the entertainment industry was in the comment section, one accusation about Quavo posted by a comedian almost had folks in a tizzy. The completely random commentaccused Quavo of cheating on Saweetie with Reginae Carter, catching peoples’ eyes because of how random it was…folks assumed there may have been some truth to it.

The spectator and verified comedian, Gerald Huston randomly asked Quavo the question in the comment section, “quavo u still f*cking colormenae?” suggesting that he was sexually involved with Lil Wayne’s 21-year-old daughter, Reginae Carter. The comment was so random, it spread around the internet fast with folks wondering if the accusation was true.

Per usual the folks of the internet took to social media raising all types of questions and side eyeing the head huncho over the accusation even causing Quavo to speak up to defend himself, his body, and his relationship with Saweetie after folks ran wild with the trolling comedian’s comment. Quavo posted and deleted on Twitter, “Internet crazy man, not Weezy daughter no!”

Apparently, Hurston was in the Verzuz chat asking celebrities random questions as a form of entertainment and the rumor is baseless. Unfortunately as a celebrity, when you’re trending for creeping or not, other rumors come out of the woodwork. Hopefully, Saweetie and Quavo are laughing about this now. What do you think about this random rumor started about Quavo and Reginae spreading so easily? Peep some of the initial reactions below:

Hold on… What is this I'm seeing about Quavo, Saweetie and Reginae? pic.twitter.com/P6EnBKAvPL

Nah Quavo cheating on Saweetie with Reginae is wild, I hope its just a rumor and stays a rumor cause wtf 😂😂

I definitely feel like the person that said Quavo was smashing Reginae was doing that for clout, and y’all were quick to fall into it lol

Nah I need the tea on this Quavo and Reginae mess … pic.twitter.com/8CnKeYn01d

So Quavo and Reginae been creeping orrrrr pic.twitter.com/gPznxgFMbK

Quavo and Reginae??!! that don’t even sound right 😒 https://t.co/DApWgzuVgF pic.twitter.com/SKclzt1ILc