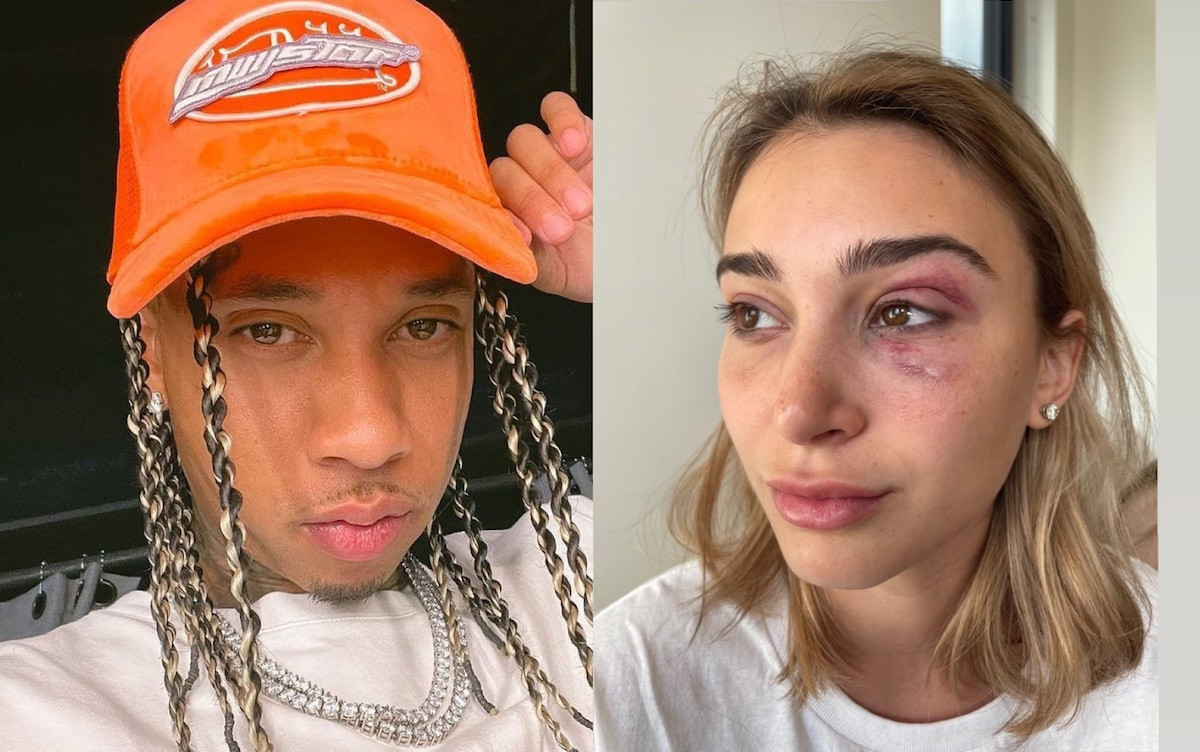 Chile, I take off for a couple days and all hell breaks loose with not only Tyga but apparently his baby mother Miss Chyna as well. Let’s start off with Mr. T-Raww who is apparently “whipping” more than just his meat out on the internet… but also his girlfriend, “allegedly.”

Tyga’s facing some serious allegations after his ex-girlfriend Camaryn Swanson claimed that he put his little tiger paws on her. Swanson filed a police report on Monday morning accusing him of getting physical with her and causing visible scars. While Tyga was reportedly unresponsive when police went to his door, the rapper has turned himself in to the authorities. The rapper was spotted heading into the police department where he’ll provide his side of the story. Still, the rapper is facing a potential felony charge for the alleged assault.

In a video of Tyga walking into the police station, the “Taste” artist remained mum when fielded with questions pertaining to the allegations. As reported by TMZ on Monday night, Camaryn Swanson reportedly showed up to Tyga’s house unannounced around 3 a.m. on Monday morning where she was allegedly acting belligerent. Tyga reportedly invited her inside of his house where things escalated even further. That’s when she alleged that he got physical with her. Swanson’s mother picked her up before they went to the police and filed a report against Tyga. The police report stated that she was left with visible marks from being hit.

Swanson directly responded to the news reports with photos of the injuries she sustained. In a video posted to her Instagram story, she wrote, “I’m so embarrassed and ashamed it had to get to his but I have to stand up for myself.” She wrote, “I’ve been emotionally, mentally and physically abused and I’m not hiding it anymore.”

“Unfortunately ‘someone’ released a false narrative to TMZ painting me out to be somebody I am not, accusing me of things that did not happen and that I did not do,” Swanson wrote enigmatically. “With that being said I took matters into my own hands and posted the TRUTH with proof tagging tmz AFTER they released the fake news.”

She added that she does not regret coming forward. “Looking back now, I’m proud of myself,” Swanson added. “I’m glad to raise awareness to women who may be going through this and hopefully motivate others to stand up for themselves.” Meanwhile, as this case is ongoing, Tyga has not addressed the allegations publicly.

Read through Camaryn Swanson’s messages and see her injuries by swiping below. What do you think of all of this?