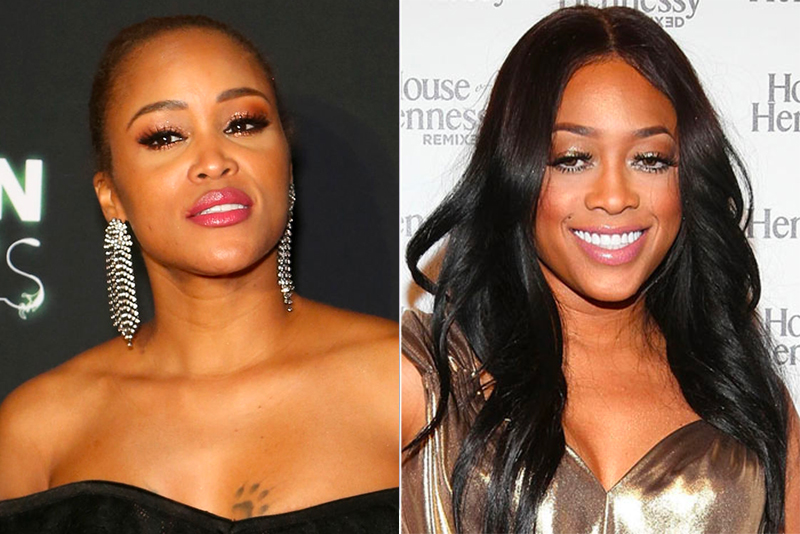 Apparently we’re getting our first Verzuz featuring the ladies of hip hop as early as next week and while some are questioning if it’s a good match-up, I have to say I’m here for celebrating both of these ladies music regardless.

More Verzuz appearances have been confirmed and the powers that be are taking things overseas. We’ve been covering the historic Verzuz moments since Timbaland and Swizz Beatz first delivered the music match-ups during quarantine. What began as a way for artists to not only occupy their time but to walk fans down memory lane is now a full-fledged phenomenon that doesn’t look to be slowing down anytime soon.

We’ve watched as artists like Gucci Mane and Jeezy ended their decades-long beef, Brandy and Monica shut down any thoughts about them still battling over “The Boy” after all these years and more, but apparently it’s now time for ladies and rap to strap on their stilettos and hop in the ring. Next Wednesday (June 16), the ladies of Hip Hop are uniting as Eve and Trina will share their hits with the global audience of Verzuz.

During an interview a few months back, Da Baddest B*tch a.k.a Trina discussed the possibilities of going on Verzuz against another legendary MC, Lil Kim. Trina explained that she would’ve been down to face-off against either Lil Kim or Eve but the former holds a special place in her heart. “Believe it or not, when I came into the industry, like, Kim — like Kim is that bitch,” she said. “This is who I looked up to. These are the lyrics that I recite. This what made me know it’s okay to talk that lethal shit that you n***as not shit, you feel me? So I feel like that’s equivalent because Kim is legendary and she got mad records, you know.”

While obviously Kim didn’t work out, Eve did and it’s sparked somewhat of a mixed reaction via social media. I have to admit, I raised my eyebrow when I first saw the announcement but after some further thought, I think this is a good pairing. When you think about it, both Eve and Trina maintained their own footprint in the hip hop game consistently for years and was never directly compared to anyone as a nemesis. They both have more than enough music that we’ve come to know and love to be able to come together and celebrate. I’m here for it. Take a look at some of the reactions below and let us know what you guys think:

The next two Verzuz battles include Eve vs. Trina and Bow Wow vs. Soulja Boy pic.twitter.com/5xMFn2I5T2

What is Trina going to play when Eve plays Let Me Blow Your Mind, Hot Boyz remix, Who’s That Girl, Satisfaction?? pic.twitter.com/h3xK2cjGMV

if this eve show up its over pic.twitter.com/12mWjyXaAI

An Eve vs Trina Verzuz? I love them both, but come on now. Trina CLEARLYYYY has more to work with here. Eve had a run, but come on. pic.twitter.com/vdkM6Rz1Ib

I asked for Khia vs Trina not Eve vs Trina #VERZUZ pic.twitter.com/wHAbnICUWt

Eve vs. Trina doesn’t make a lick of sense, but I will be present with a drink and a snack. This is a Katrina Laverne Taylor household! ☝🏽 pic.twitter.com/ELRVWlSECV

Eve #VERZUZ Trina. I definitely didn't have that on my bingo card. pic.twitter.com/kY1n8RQ4iF