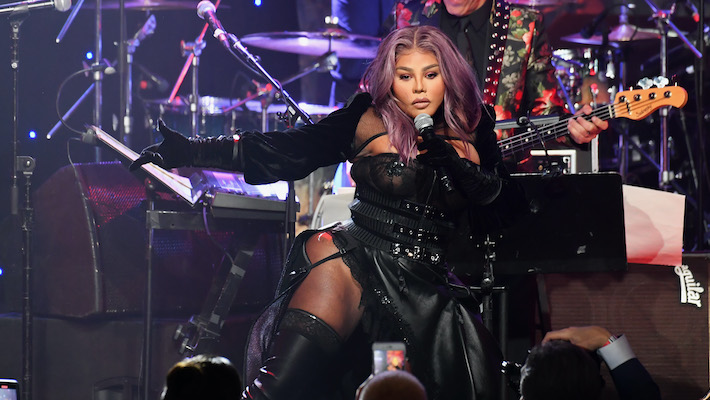 Lil Kim and Mase shut down rumors that they’re performing at the festival, but Snoop Dogg came forward to attempt to clear up the confusion.

Hip hop and R&B fans were floored on Tuesday (February 18) when a flyer for an upcoming concert began to circulate on social media. The Lovers & Friends Festival popped up on Instagram and for their first post, they uploaded a flyer that has caused quite a bit of controversy in less than 24 hours. According to the information provided, the Goldenvoice presented show will take place on May 9 in Los Angeles at “the grounds at Dignity Health Sports Park.” However, there have been a few hiccups as both artists and fans have called out the alleged promoters for misinformation.

Lovers & Friends Festival 💖 May 9 in Los Angeles Presale begins Thu, Feb 20th at 10am PT! Sign up now at loversandfriendsfest.com. Payment plan available starting as low as $19.99 down💋

Lovers & Friends Festival 💖 May 9 in Los Angeles Presale begins Thu, Feb 20th at 10am PT! Sign up now at loversandfriendsfest.com. Payment plan available starting as low as $19.99 down💋

This lineup is every 1990s and 2000s hip hop and R&B fans’ dream, but all may not be what it seems. Initially, Twista insinuated that he hadn’t been paid for the show, but later he confirmed that he’d be playing all of his hits. Lil Kim reposted the flyer on her Instagram Story with a message written over it that read, “This is SO FAKE! I am not a part of this.” Mase simply commented, “Best of wishes on this show but pls take my name off this flyer.”

Fans have been voicing their confusion in the comment section as they’ve stated that although T-Pain is scheduled for Lovers & Friends Festival, he’s reportedly also supposed to perform at Rolling Loud the same day. Some also stated that Megan Thee Stallion is supposed to be performing at another event in Washington, D.C. that day, as well, but Broccolli Festival shared that she’s scheduled for both events.

Some people have expressed that they’re feeling “Fyre Fest vibes,” but all id legit, according to Snoop Dogg. The rapper made a brief video where he shared that he was one of the booking agents for the concert and verified that everyone is confirmed. He stated that he thought he was speaking with Lil Kim’s representatives when booking her, but if not, he told the Queen Bee to DM him so they could officially add her to the roster.

Lil’ Kim and others confirm the Lovers and Friends Festival Lineup is false! pic.twitter.com/bUg3Pf1nx9

Snoop Dogg, who is one of the bookers for the Lovers and Friends Festival, takes to Instagram to explain the mixup and personally asks Lil’ Kim to join the show pic.twitter.com/6yg58UXFRI

I don’t know what to believe about this Lovers and Friends Festival pic.twitter.com/f44xdNLlek