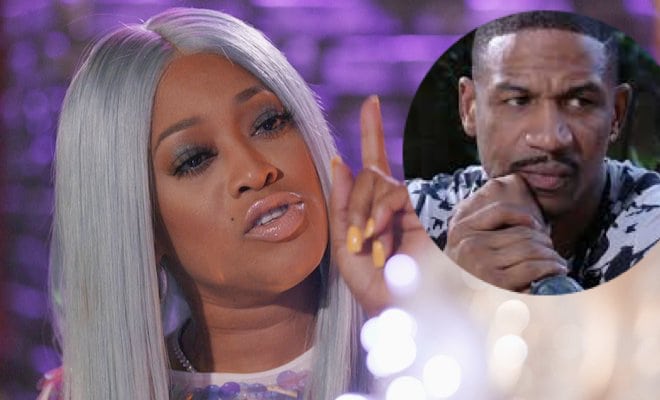 Trina let Stevie J know that if women aren’t commenting on men’s “nappy hair” or “struggling beards,” they should talk about wigs.

Trick Daddy took to Instagram to put Stevie in his place and said that the next time someone has something to say about the women of the Miami cast, he would “slap the sh*t” out of them. The rapper’s longtime friend and fellow emcee Trina dropped off a few words of her own earlier today in a video that she made directed toward the Love & Hip Hop Atlanta star.

“Dear Stevie J, you and every other man that has something to say about women’s hair, cut it out,” said Trina. “We don’t talk about y’all nappy ass hair, y’all struggling beards that barely connect, or nothing else you guys have going on. When I look at Love & Hip Hop Miami, most of the women’s hair is laid. We’re talking about mine. You never catch my hair [messed up]. Always laid, always done by the best. Are you serious?”

Other ladies from Love & Hip Hop Miami also aired out their grievances with Stevie over his comments, so check out their statements below.