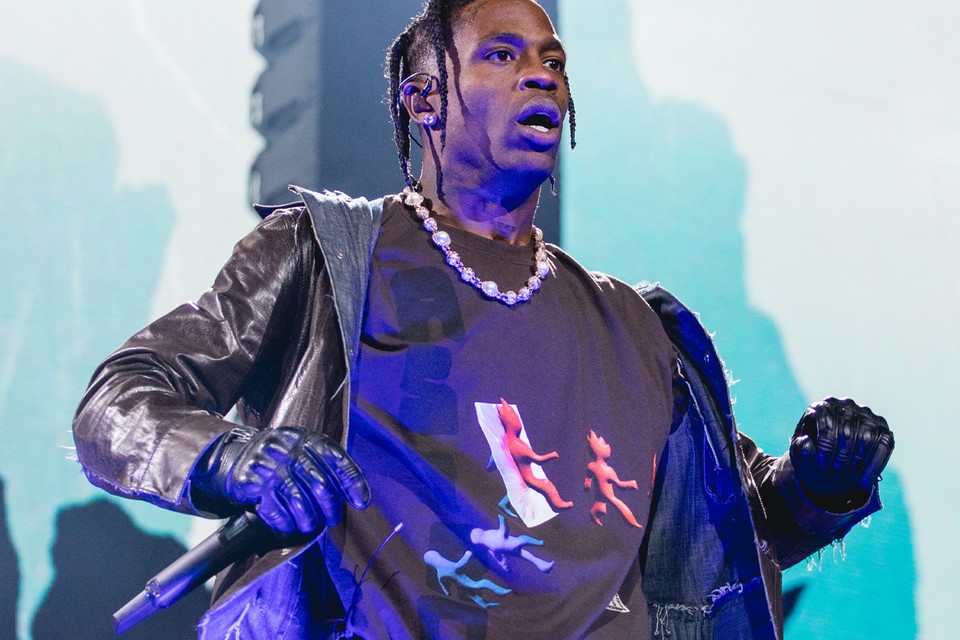 I don’t know what it is about since outside opened back up, but it’s seems as if people forgot how to act. With festivals struggling to get back going into normal function this is surely going to have many planners rethinking… as what was supposed to be a night celebrating and enjoying music ended in tragedy filled with lifeless bodies on the ground and many screaming for help.

At least eight people died and more than 300 were injured during what’s being called a mass stampede at Travis Scott’s Astroworld Festival on Friday (Nov. 5) night in Houston at NRG Park. Houston Fire Department Chief Samuel Peña confirmed the casualties during a late press conference, calling it “a tragic night” for the city. He estimated the attendance at 50,000 and said trouble started brewing shortly after 9 p.m. “The crowd began to compress toward the front of the stage and that caused some panic and started causing some injuries. People began to fall out and become unconscious and that created additional panic,” said Peña, flanked by local officials from the police and fire departments.

He said a “mass casualty” incident was triggered at 9:38 p.m., shortly after which his team transported 17 patients to the hospital, 11 of which were in cardiac arrest at the time. Astroworld organizers had a medical tent on-site but Peña said festival staff “were quickly overwhelmed” by the situation, leading his team to step in and dispatch as many as 50 units.

Videos shared on social media show a chaotic scene. Early in the evening, in a separate incident, hundreds of concert-goers toppled steel barricades and stormed through security to access the concert. Later, as the tragedy was already underway, medical personnel can be seen carrying young people out on stretchers and attempting CPR on others. One clip showed Scott still on stage performing as several concertgoers attempted to inform security guards of the emergency as lifeless bodies laid there on the ground.

Many who were in attendance shared horrifying accounts of the incident along with triggering videos which can’t exactly post here due to the sensitivity of the content. Organizers of the Astroworld event took to their Instagram page to offer a statement sending their condolences to those harmed at the event and of course acknowledging that Day 2 of the festival would be cancelled accordingly. The number of reported deaths is not final as many pointed out that additional bodies may be found as the event grounds are cleaned up. Peña said the investigation will continue as they attempt to identify patients and casualties. A reunification center has been opened at the Wyndham Houston Hotel for family members who may not have heard from their relatives that attended the show. “We are coordinating with organizers and that will continue to move forward as the hours go by,” he added.

This year’s event marked the third annual Astroworld put on by Scott, who grew up in Missouri City, outside of Houston. Per organizers, the 2021 edition expanded to two days due to demand. The sold-out event is one of the largest put on by the city.

I mean this whole situation shows a lack of humanity on all parties involved. No one stopped the show, no one stopped moshing, no one stopped trampling over people, unconscious bodies were just pushed back to safety like hello? #ASTROWORLDFest

If you ever see anyone down in a pit, hurt or visibly scared get them out. No one should be dying at concerts. Don’t ever leave someone on the floor. This is..it could have been prevented. I’m sorry to the lives lost. #ASTROWORLDFest

the problem wasn’t the lack of paramedics and security. It’s the fact that some of you ppl in this concert are complete animals and have a disregard for anyone but yourself. RIP to the 8 souls. #ASTROWORLDFest https://t.co/LK1WUEMokO

This hero tried to save lives and people were booing him and the camera man was telling him to fuck off, ive lost all faith in humanity. #ASTROWORLDFest pic.twitter.com/hQ0nhmqx5c

*people on the ground passed out & literally fighting for their lives*

you guys are responsible for the deaths tonight #ASTROWORLDFest pic.twitter.com/fpROQeyomn

You can’t tell me Travis Scott didn’t see this kid getting resuscitated while he was up there doing the robot #ASTROWORLDFest pic.twitter.com/cjqsiK29BS

I was working security at #ASTROWORLDFest and I was pulling ppl being squished out of the pits. People died today. The issue isn't with the event planners though, it's the fact that GIGANTIC crowds of people were pushing past barricades. There wasn't supposed to be that many ppl

There are posts where people confess to being injured and shell shocked at seeing others hurt or legitimately dead.

Then other posts about Drake and Travis performing together and how awesome it was.