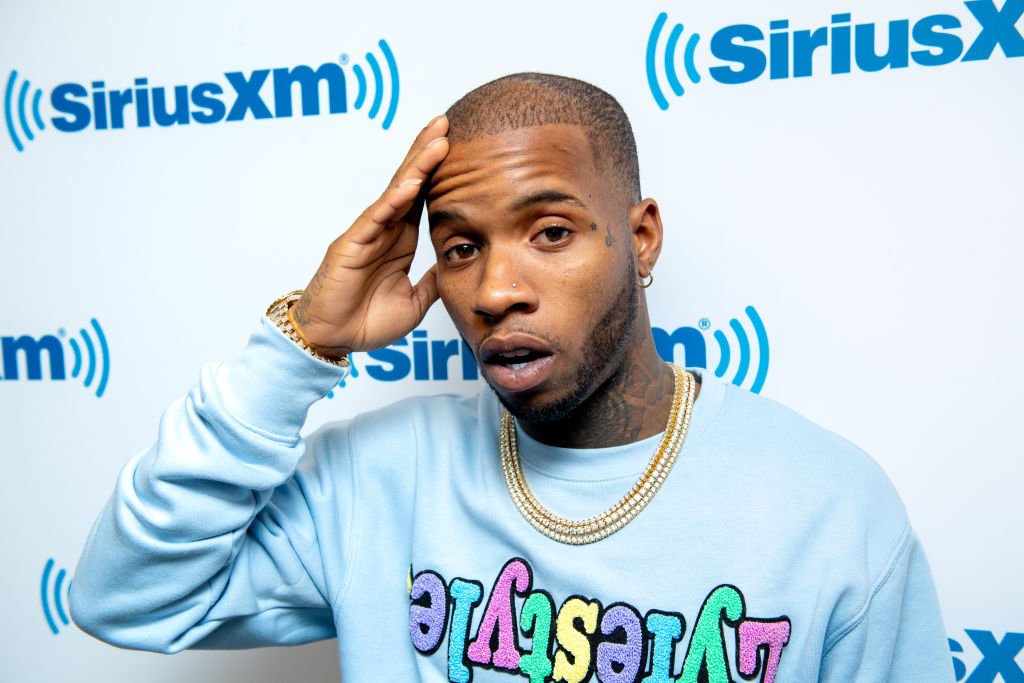 Well, the petite rapper has been racking up enemies so it may not be too far fetched… do you really think someone tried to take the leprechaun king out?

Tory Lanez was involved in a car crash earlier this morning. The pint-sized Canadian rapper took to Instagram to share footage of the aftermath, showcasing a pair of wrecked vehicles. One of them happened to be an Uber he was riding in, which suffered extreme damage.

While filming, Tory can be heard saying “n***as almost just died, we got in a car accident in a fucking Uber. Oh my gosh, bro.” Though he doesn’t say much, it’s clear from his cadence that the incident left him shaken. However the little fella appeared to be unharmed.

Though details surrounding the crash are as-of-yet unclear, Tory later took to Twitter to reflect on the circumstances — insinuating that a more nefarious conspiracy was perhaps afoot. “Strange,” he notes. “It almost felt like someone knew to crash into us.” A heavy allegation, and one that insinuates that his enemies are actively looking to do him harm. In his report on the accident, Akademiks echoed Tory’s suspicions, noting that “they tried to take out #torylanez.”

It didn’t take long before many fans began speculating on who might have orchestrated such a plan, with many encouraging Tory to consider moving more cautiously in the future. Check out video from the aftermath of the accident, as well as Tory’s follow-up tweets, below.

It almost felt like someone knew to crash into us .🤔🤔🤔