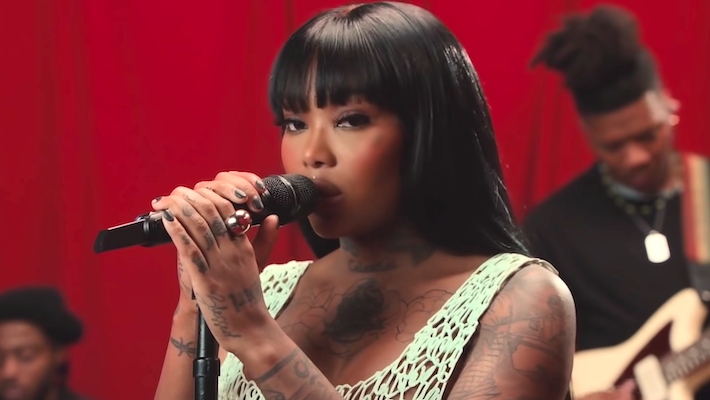 ‘Still Over it’ has had me in a chokehold since Friday (Nov 5th) when it was released. To the point that my man had to ask, “so you just aren’t going to listen to anything else?” Well, apparently I’m not alone and folks were definitely waiting because Summer is out here shattering records.

Summer Walker completely took over Apple Music with the release of her new studio album ‘Still Over It,’ shattering some very significant records at the streaming service.

With a #1 debut on the charts looking extremely likely, Summer is adding some accolades to her resumé this week. Following the stunning 24-hour debut numbers, it is being reported that the 25-year-old singer broke numerous records on Apple Music, as well as other platforms. The first twenty-four hours solidified Still Over It as a smash hit, with Apple Music recognizing it as the biggest album debut by a “female-identifying” artist ever on the platform. It is also the biggest R&B album debut of all time on Apple Music. The album is additionally #1 on Apple Music’s all-genre albums chart, and each song places between #1 and #22 on the all-genre top songs chart.

But wait, there’s more! The lyric video for “Bitter” is presently the #1 trending song on YouTube. The song “No Love” with SZA is also expected to become Summer’s biggest debut on Spotify ever, surpassing “Ex For A Reason’s” full first-day numbers in only ten hours.