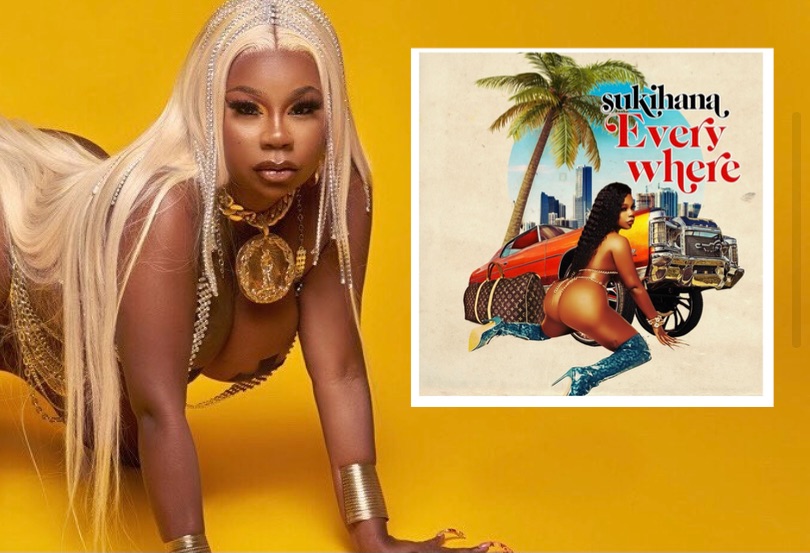 The reason why you can only laugh at the fake outrage concerning tracks like Cardi B and Megan Thee Stallion’s “WAP” is that rappers like Sukihana exist taking the unapologetically raunchy crown from the likes of 2 Live Crew back in the day. When it comes to sexually-charged bangers, Suki has mastered the art and proves it every single time she touches the mic. After becoming the breakout star of VH1’s ‘Love and Hip Hop: Miami,’ followed by a co-sign from our girl Cardi B in the infamous “WAP” video, with each release, she continues to establish herself as a as one to look out for and despite what anyone has to say, she’s doing it her way.

Last week, she returned with a brand new banger titled “Everywhere,” (short for “P*ssy Everywhere”), It’s an upbeat record that is very much on-brand for Suki as she details her affinity for money and sex, very reminicsent of a Juvenile “Back that A** Up” type anthem with the high-energy production tailor made for your next twerk off.

The track is just hitting streaming platforms as of today but it was the accompanying visual that has had everyone gagging since it’s release. The video features exactly what the song says “Cat” EVERYWHERE and has been dubbed the 2021 version of Nelly’s infamous ‘Tip Drill’ video which famously could only be seen late night’s on BET’s ‘Uncut,’ back before streaming videos online was a thing. Suki followed an uncut format of her own initially premiering the video on her OnlyFans account but with the tracks release she’s went ahead and made it public via her official Twitter and let’s just say this cat is spreading like wild fire as more people catch wind of it.

Take a listen to ‘Everywhere’ below along with it’s much talked about video and let us know what you think. ISSA BOP OR ISSA FLOP?

Lmao I literally just said this to my wife. Suki is the goat for this video hands down!!!

Boy I’m looking at this sukiHana video like well 😳 pic.twitter.com/msVuvpK1EF

Sukihana gives no fucks 😂😂.
That video wouldn’t even be able to make It to BET Uncut